The 'Snoop's Upside Ya Head' rapper happily sneaks into an inflatable Buzz Lightyear costume to entertain his toddler grandchild Cordoba at her birthday party.

AceShowbiz - "To infinity dan beyond!" That's what exactly Snoop Dogg did for his toddler granddaughter. Celebrating Cordoba's second birthday, the "Gin and Juice" rapper slipped into an inflatable Buzz Lightyear costume and showed off his best dance groove.

The 49-year-old took to Instagram on Thursday, March 25 to share a peek at the birthday party and at his big bulky body thanks to the "Toy Story" costume. In one posted clip captioned "grandpa and grandma," he could be seen combing his wife Shante Broadus' hair. Another one displayed the two of them parading their dance moves while guests cheered at them.

The "What's My Name?" hitmaker also struck a pose with the birthday girl herself. "Buzz light for my granddaughter's. 2nd. C. Day," he wrote on an Instagram post that saw him holding a giant Buzz Lightyear balloon while Cordoba looked at the camera in her pink faux fur.

Snoop, whose real name is Calvin Cordozar Broadus Jr., additionally shared his excitement over Cordoba's birthday celebration on his Instagram Story. Sharing a clip of him puffing what seemed to be a cigar, he could be heard saying, "Buzz light.. I'm buzz heavy baby." 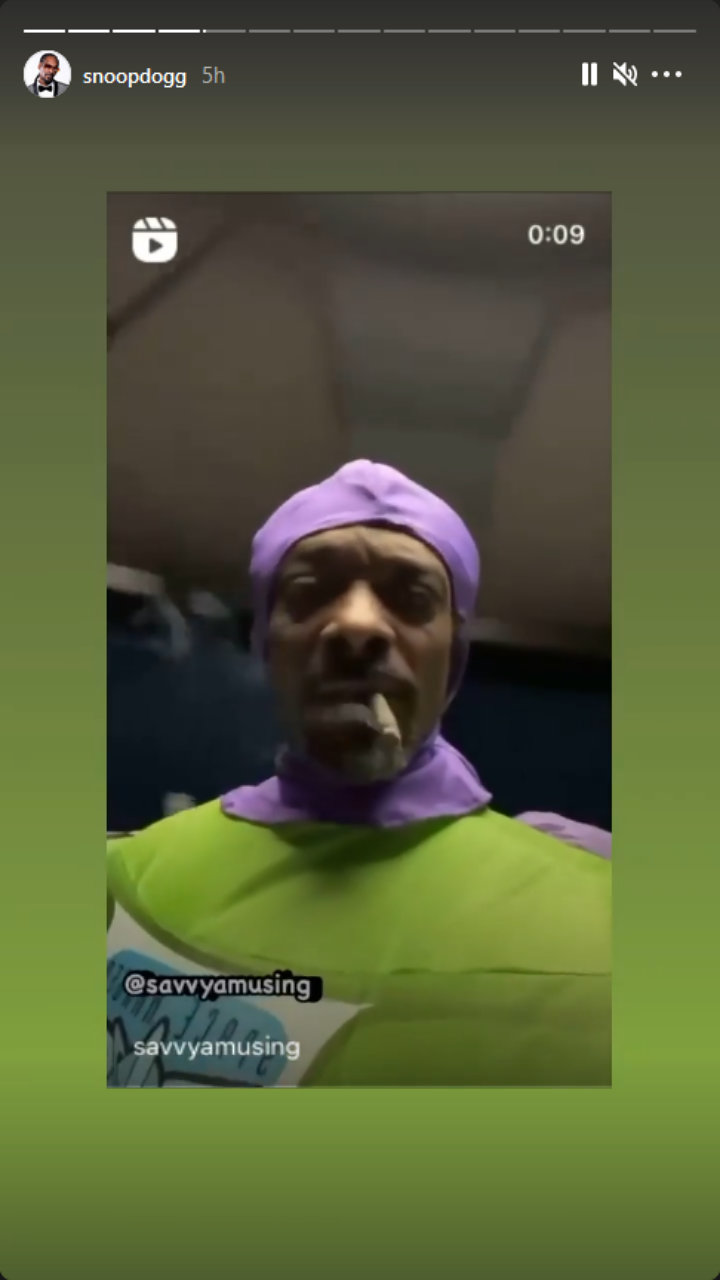 Earlier this month, Snoop celebrated the birth of another granddaughter named Phi Phi. The "Dolemite Is My Name" actor happily announced the big news on March 17. He posted a picture of baby Phi Phi on Instagram, and captioned it, "Grandpas new grand baby lil phi phi." Counting Phi Phi in, he is now a grandfather to five.

Grandchildren aside, Snoop recently debuted a new single titled "C.E.O" to celebrate his new business venture. About his new track, he told Rolling Stone, "My new single, 'C.E.O.' talks about the work and hustle I put in to be the boss. With moves like launching my own liquor brand, INDOGGO, and with weed brands, shows and more, I stay on my grind."

Snoop Dogg's Daughter Claps Back at 'Miserable' Trolls Body-Shaming Her