After Jensen Karp went viral for sharing pictures of the alleged find online, Mike Siemienas of General Mills says that the company is confident that tampering of the box did not occur at its facility.

AceShowbiz - Danielle Fishel's husband has found himself at the centre of a row with the makers of Cinnamon Toast Crunch cereal, after claiming he found "shrimp tails" in a box of the breakfast food.

Jensen Karp went viral after sharing pictures of the alleged find online, with TMZ picking up on the story. While General Mills, who makes the cereal, initially responded to Karp's tweet by asking for more details and offering him a new box in return, they later backtracked, and insisted that what he thought were shrimp tails were in fact large pieces of dried up sugar and cinnamon. 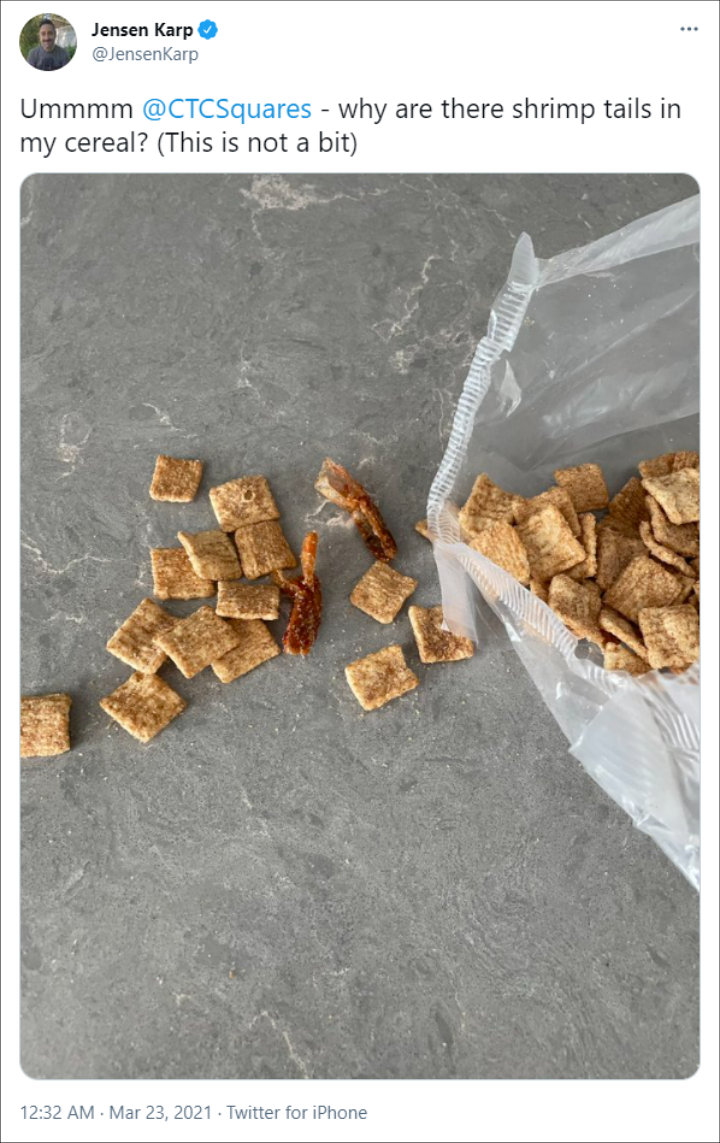 Jensen Karp shared a snap of what seemed to be 'shrimp tails' in his cereal package.

Karp admitted that the two boxes, which he purchased from bulk store Costco, had clear tape along the bottom, suggesting they may have been tampered with. He also said he had found "small black pieces" on some of the cereal and at the bottom of the box, which he suspected may be rat droppings. 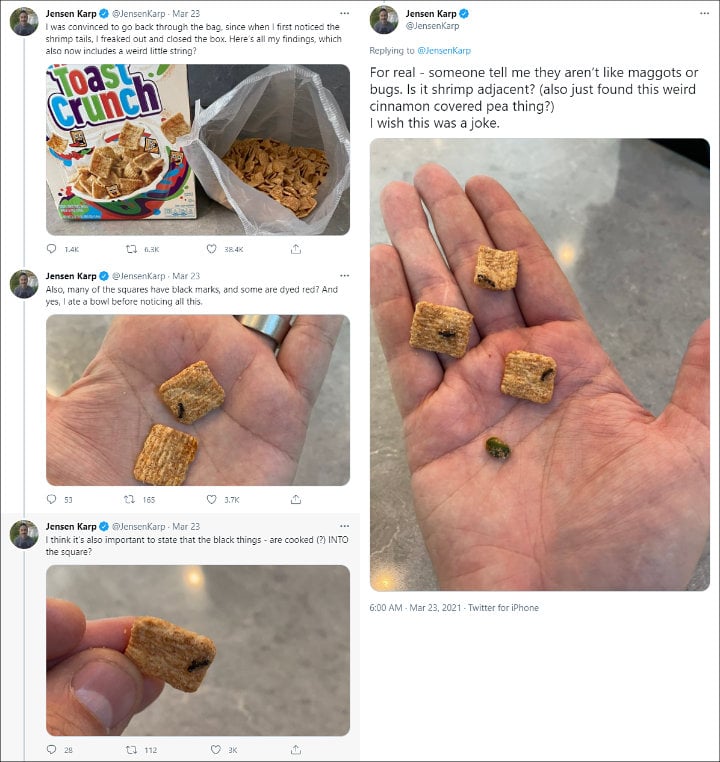 Jensen Karp voiced his suspicion of 'small black pieces' on some of the cereal.
Editors' Pick

Mike Siemienas of General Mills then responded in a statement: "While we are still investigating this matter, we can say with confidence that this did not occur at our facility. We are waiting for the consumer to send us the package to investigate further. Any consumers who notice their cereal box or bag has been tampered with, such as the clear tape that was found in this case, should contact us."

Karp hit back by saying that while he's not considering legal action, he has been left devastated by his find because Cinnamon Toast Crunch is his "favourite cereal".

"I just want you to fix it, you know, for other people…I'm not even like trying to say like, 'Be better,' or whatever. I'm literally just saying, 'Go investigate it'," he said.

The investigation is ongoing.

Karp and "Boy Meets World" star Fishel have been married since 2018 and share a son together.