After Roman Catholic leaders were forbidden to give blessing to same-sex unions, the 'Modern Family' star declares he does not need the Pope to acknowledge the love that exists in his family.

A decree signed by Pope Francis on Monday, March 15 declared that while LGBTQ members are welcome to attend church, God "does not and cannot bless sin", according to Catholic leaders.

"He blesses sinful man, so that he may recognize that he is part of his plan of love and allow himself to be changed by him," Vatican statement continued. "The Church does not have, and cannot have, the power to bless unions of persons of the same sex."

The "Modern Family" star took to Twitter to share his reaction to the news, writing, "As a graduate of a catholic high school, I am deeply saddened by this archaic rhetoric and not at all surprised. The good news? I'm still happily married & I don't need the Pope to acknowledge the love that exists in my family." 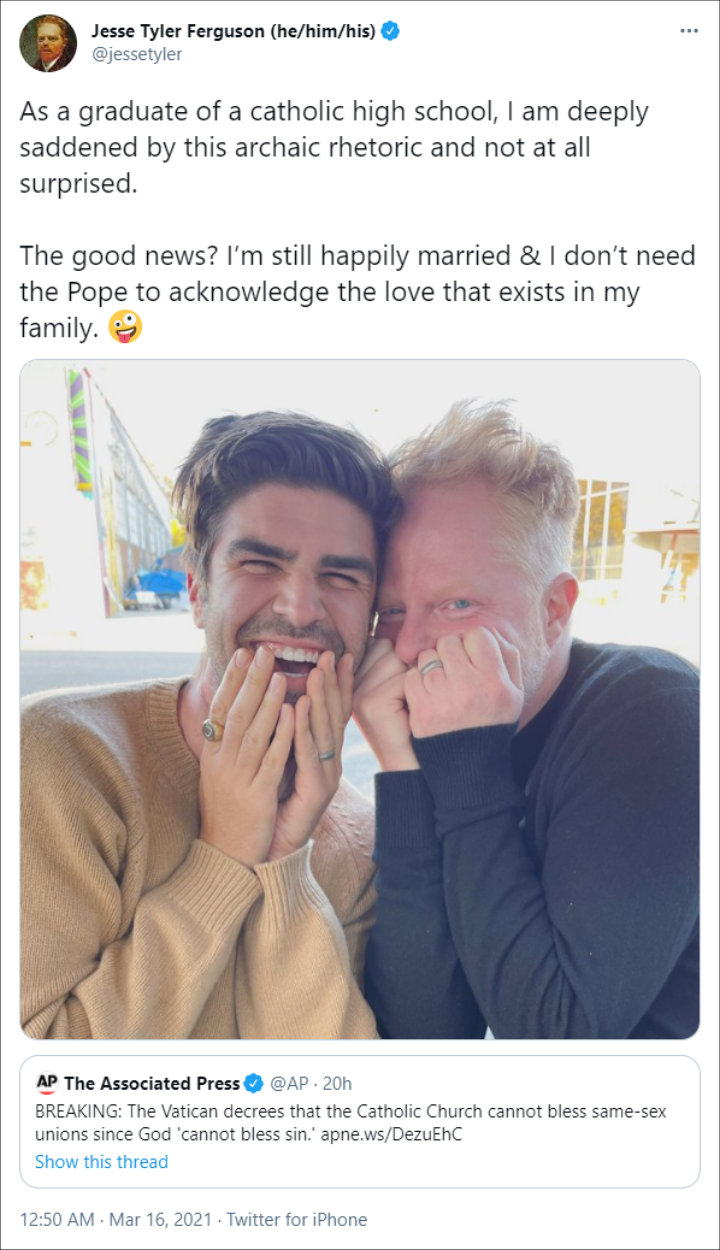 The actor has been married to actor/producer Justin Mikita since 2013, and the couple shares a baby boy named Beckett, who was born last summer (2020).

"The Lion King (2019)" star Billy Eichner also weighed in, adding, "On a serious note, to everyone who goes out of their way to talk about how 'cool' this pope is... NO. The Catholic Church has abused the LGBTQ community for MILLENIA. So, go to church if you need to I guess but THAT's what you're enabling. Bye!"