The 'Hotline Bling' hitmaker links up with Bow Wow and throws a small party after his song 'What's Next', 'Wants and Needs' and 'Lemon Pepper Freestyle' start at No. 1, 2 and 3 respectively on the chart.

AceShowbiz - Drake has set a new Billboard record. The Canadian star made history as the first artist to have three songs debuted in the top three spots of the Billboard Hot 100 at the same time.

Drizzy's "What's Next", "Wants and Needs" with Lil Baby and "Lemon Pepper Freestyle" featuring Rick Ross entered the chart at No. 1, 2 and 3 respectively. All three songs are lifted off his fourth and latest "EP Scary Hours 2", which was released on March 9.

With this feat, Drake also matches The Beatles and Ariana Grande's achievements as the only acts ever to rank at Nos. 1, 2 and 3 on the Hot 100 simultaneously. The 34-year-old singer/rapper has eight Hot 100 No. 1 and 45 top 10s so far.

Drake has taken to Instagram to mark his new record-breaking achievement. He posted an image of this week's rank that has his songs on the top three and simply wrote in the caption, "SPLASHY." He further expressed his feelings with a photo of Stephen Curry shouting in joy while sitting on the basketball field.

The "In My Feelings" hitmaker also linked up with Bow Wow to celebrate his feat. In Instagram Story videos, he said, "I didn't know how to bring in one, two, three," before he panned to the side and showed Bow standing next to him.

Drake teased Bow with lyrics from his 2001 track "Thank You". Bow said, "That's what you wanna do?" as he and Drizzy laughed. Bow then congratulated his pal as the camera recorded their friendly exchange. 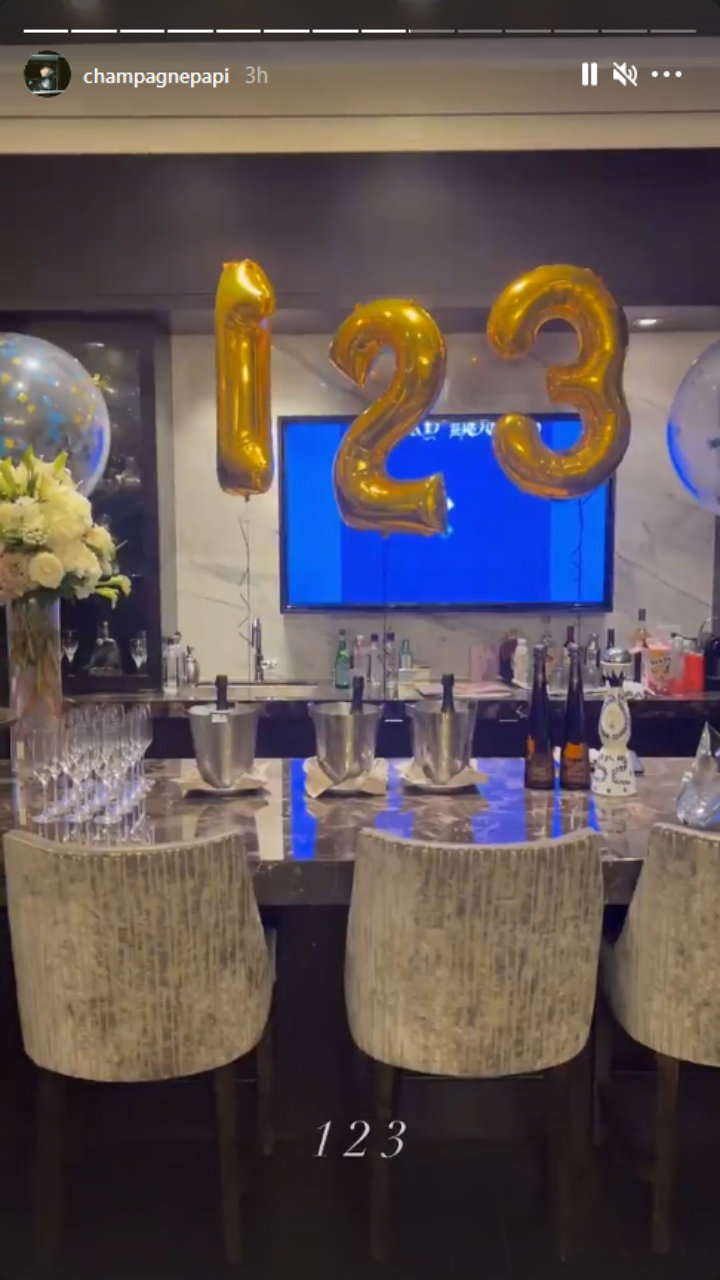 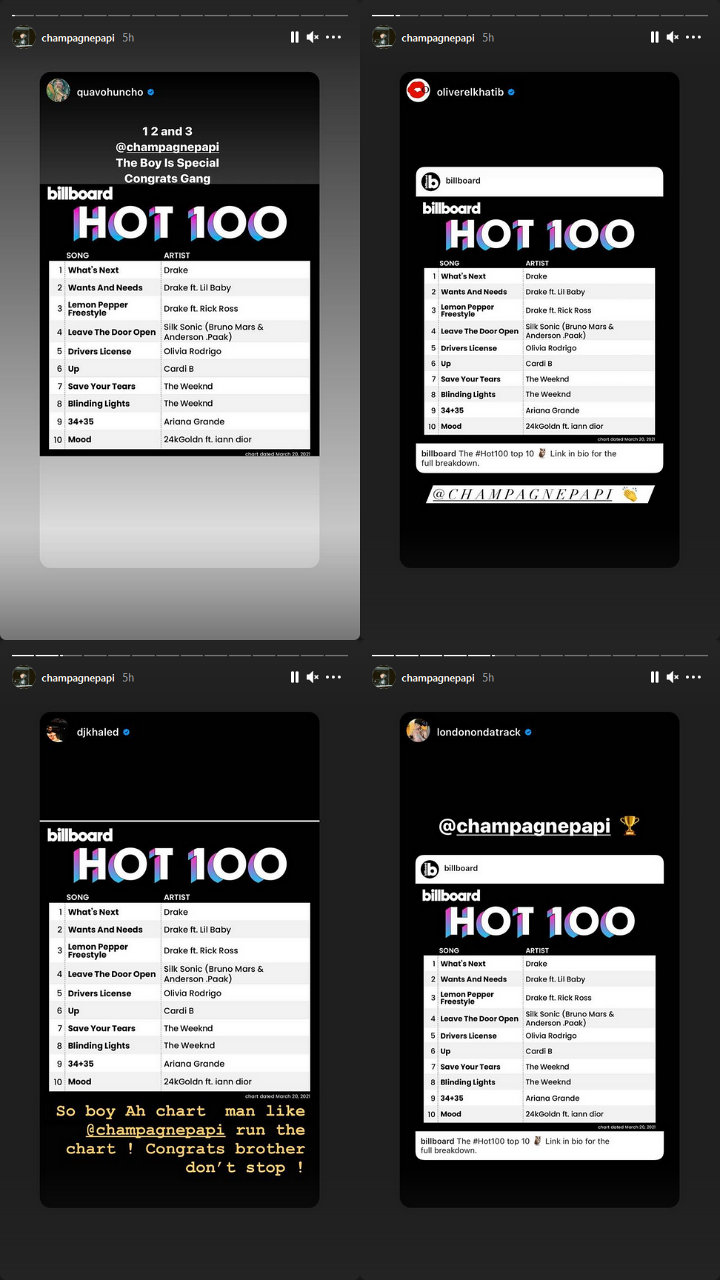 The Canadian star received congratulatory messages from his celeb pals.

In another clip, Drake appeared to throw a small celebration with his pals as he showed his dining room decorated with "123" balloons to represent his three top 10 debuts. He also re-posted shout-outs from his celebrity pals and fellow hip-hop stars, including Quavo, DJ Khaled and London on da Track, congratulating him on his record-breaking feat.

Drake Approves of Fake Drake Getting Kicked Out of Nightclub