Having set tongue wagging for appearing to not be wearing her engagement ring recently, the season 16 star of 'The Bachelorette' makes it clear there is no trouble in paradise.

AceShowbiz - Tayshia Adams has set the record straight about on Zack Clark split rumors. Shutting down speculations that she and her fiance had called off their engagement, the season 16 star of "The Bachelorette" pleaded with others to not put unnecessary pressure on the two of them.

The 30-year-old beauty denied there was trouble in paradise via her Instagram Story page on Monday, March 15. "I love that there's so much love & support around our relationship but please don't put unnecessary rumors/pressure on us," she pointed out in one video. 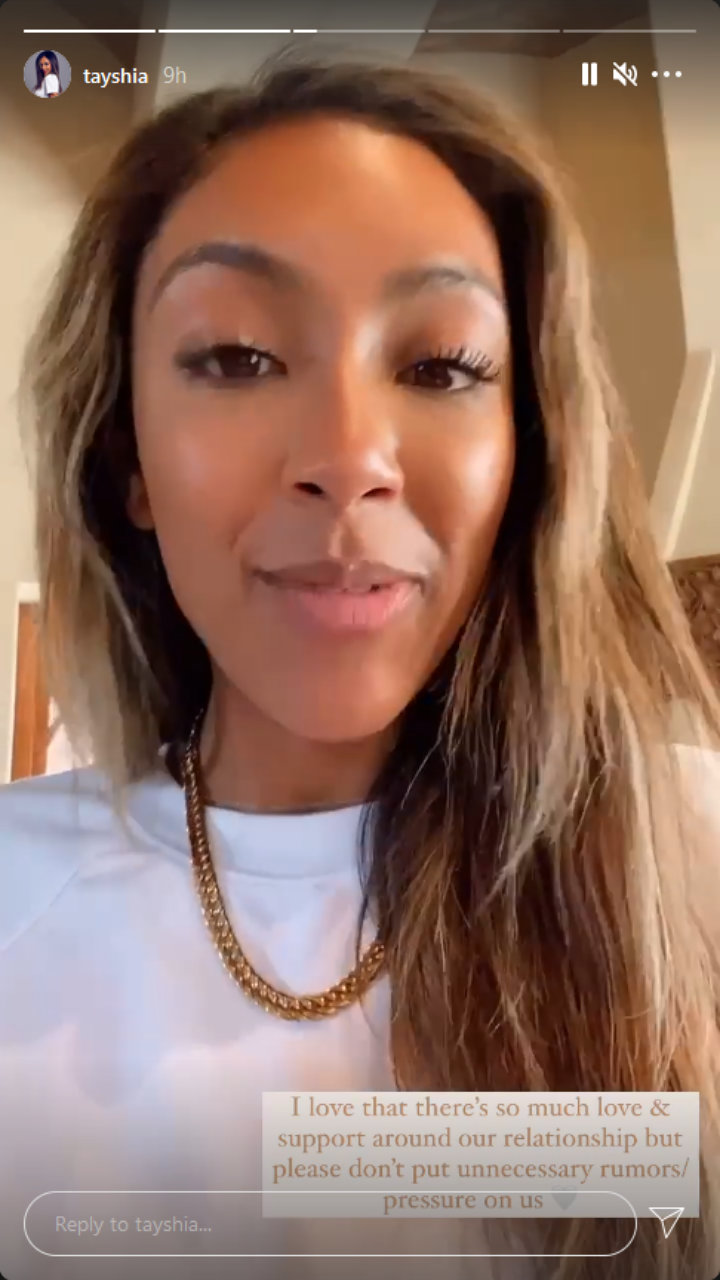 Before making the plea, Tayshia admitted to getting "hundreds of messages" asking about her relationship status. "There's always weird rumors circulating around that I'm not wearing my ring and that Zac and I are broken up. I don't know what is happening, but you guys, I was holding my phone with my left hand," she explained.

"But ironically enough as I was showing my hand maybe a week and a half ago, my ring was literally swinging around my finger," the reality star further noted. "And a lot of you messaged me like, 'Don't lose your ring!' Well, I was in L.A. for a hot minute and was able to finally drop off my ring and get it sized."

"So yes, ironically, it was my right hand in my Story, but I also just got my ring sent in to be cleaned and sized, finally - it's been, like, six months since I've had it. So I should have it again maybe tomorrow or Wednesday," the TV personality then concluded. "Everything is good on this forefront. Thank you so much for being concerned, but we're good. We're chillin'."

Tayshia and Zac got engaged at the end of her season of "The Bachelorette". When speaking to Marie Clarie in February, she divulged that she has been "constantly" asked whether she and her fiance were still together. "I'm not at all thinking about [ending the relationship]," she stated. "We do bicker and fight, but 99 percent of it is good."