Morgan Wallen's 'Dangerous' Logs Ninth Week at No. 1 on Billboard 200

AceShowbiz - Morgan Wallen's "Dangerous: The Double Album" is a non-mover on the Billboard 200 chart. The album stays atop the chart for its ninth consecutive week as it earns 78,000 equivalent album units in the U.S. in the week ending March 11, according to MRC Data.

Of the number, SEA units comprise 71,000 which equals to 98.10 million on-demand streams of the album's songs. Meanwhile, 6,000 are in the form of album sales with TEA units comprising 1,000. The new milestones marks "Dangerous" the first album to string together nine weeks in a row at No. 1 since Drake's "Views".

Rounding out this week's Top 10 is Luke Combs' "What You See Is What You Get". The former chart-topper dips one rang from No. 9 to No. 10 after earning nearly 28,000 units this week.

Nikki Bella Shows Off Video of Workout to Get Her Pre-Baby Body Back: Making That Comeback 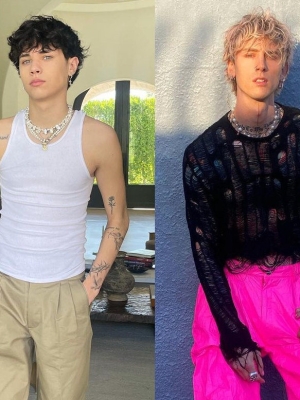