The Oscar-winning actor's rep explains that the happy couple said 'I do' back in February in a 'very small and intimate' ceremony in which 'traditional Catholic and Shinto vows' were exchanged.

AceShowbiz - Nicolas Cage has finally confirmed that he's now married to his fiancee Riko Shibata. Following a report that the Oscar winner and Riko, who is 30 years his junior, got married in February, a representative for the actor reveals to HollywoodLife.com that the report is true.

"It's true, and we are very happy," the "Ghost Rider" star shared to the outlet. Nicolas' rep then shared that the couple said "I do" in a "very small and intimate" ceremony. In the nuptials, "traditional Catholic and Shinto vows with poetry from Walt Whitman and Haiku sprinkled in" were reportedly exchanged.

Prior to this, Daily Mail reported that the 56-year-old actor and 26-year-old Riko tied the knot at the Wynn Casino and Hotel in Las Vegas on February 16 with Reverend Richard E. Walter serving as officiant. A marriage certificate, which was obtained by the site on March 5, indicated that Riko took her husband's last name of Cage upon their marriage and is now known as Riko Cage. 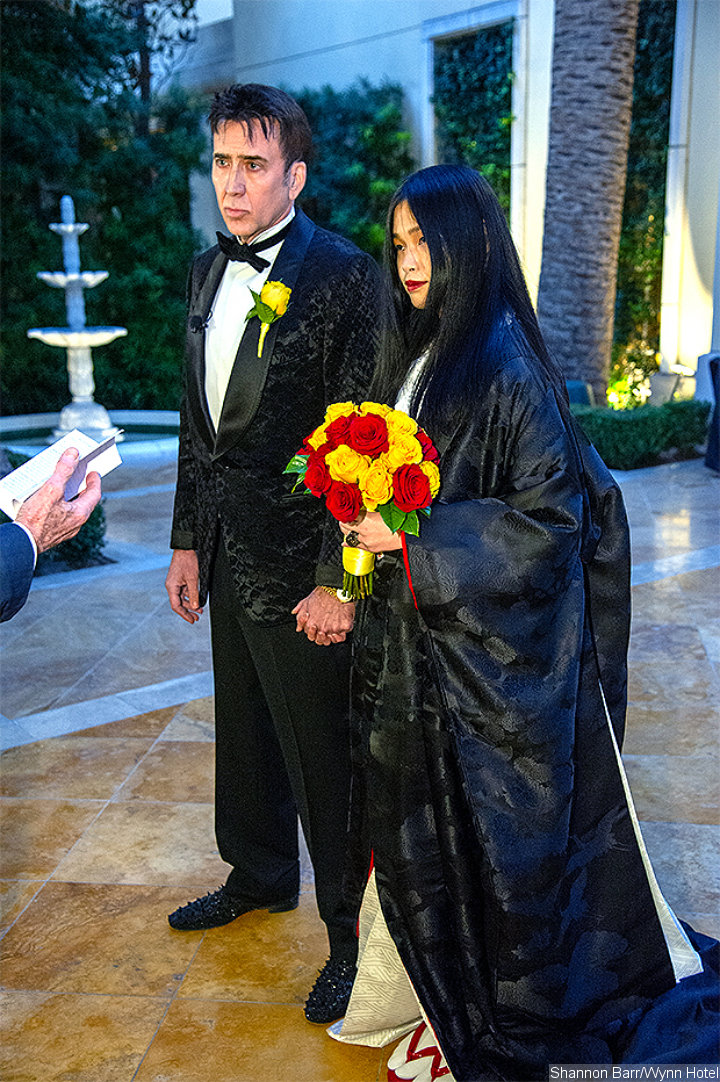 The newlywed started dating a year ago. They managed to maintain their relationship despite living miles apart for some times as Riko, who is 4 years younger than his oldest son Weston Cage, previously had to return to Japan for six months.

Nicolas popped the question to Riko last year when they were in a long distance relationship. "She left New York and went back to Kyoto, Japan and I went back to Nevada and uhm I haven't seen her for six months and we're really happy together and we're really excited to spend that time together so I finally just said look, 'I wanna marry you' and we got engaged on FaceTime," he revealed during an appearance on his brother Marc "The Cope" Coppola's radio show in August 2020.

Prior to marrying Riko, Nicolas wed Patricia Arquette in April 1995 before calling it quits in May 2001. Nicolas also briefly married Elvis Presley's daughter Lisa Marie Presley in August 2002 only to get divorced four months later. Just a month after their divorce got finalized in May 2004, Nicolas exchanged vows with then-19-year-old waitress Alice Kim. They were married for 12 years before splitting in 2016.

Meanwhile, his fourth marriage to Erika Koike, whom he wed in March 2019, marked Nicolas' shortest marriage. He filed for an annulment four days later and was granted a divorce from Erika in June 2019.

Ryan Sutter Gets Candid About Making Peace With His Mystery Illness