'The Big Bang Theory' star has got her first nomination at the prestigious awards show for Best Actress in a Television Series, Comedy or Musical for her part on the hit series 'The Flight Attendant'.

AceShowbiz - Actress Kaley Cuoco was reduced to tears on Saturday, February 27 after her husband Karl Cook jetted back from a work event to surprise her for the Golden Globes.

"The Big Bang Theory" star was nominated for her first Globe at Sunday's ceremony, and since the event was largely virtual, Cuoco didn't feel the need to ask equestrian Cook to fly back home just to watch the show together on TV.

However, Cook decided to do just that anyway, and left his wife shocked as he turned up on their doorstep, unannounced.

In a video post shared on her Instagram Story timeline, she explained, "Most of you know @mrtankcook [Karl] has been away at WEF [Winter Equestrian Festival] for many weeks and has many more weeks of travel so I knew he wouldn't be back to celebrate the Globes with me." 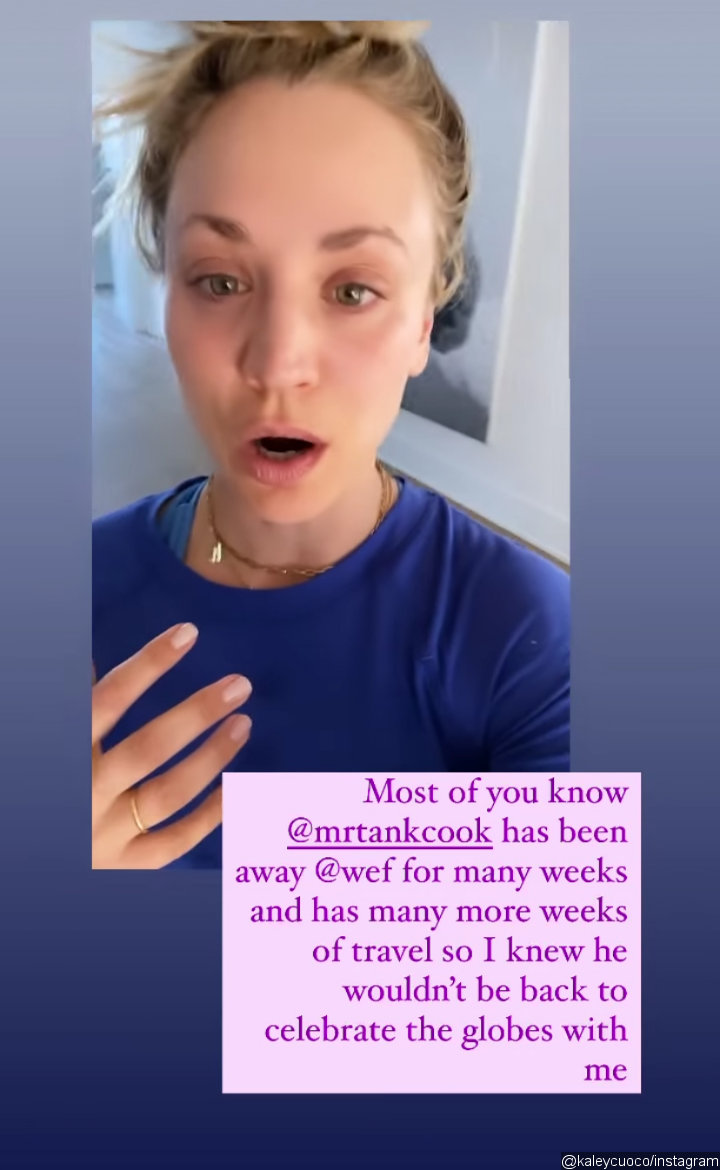 "The event is virtual so i wasn't gonna force him to fly home for it, I knew he had a crazy schedule," she continued. "Well, I just answered the door and he came back!" 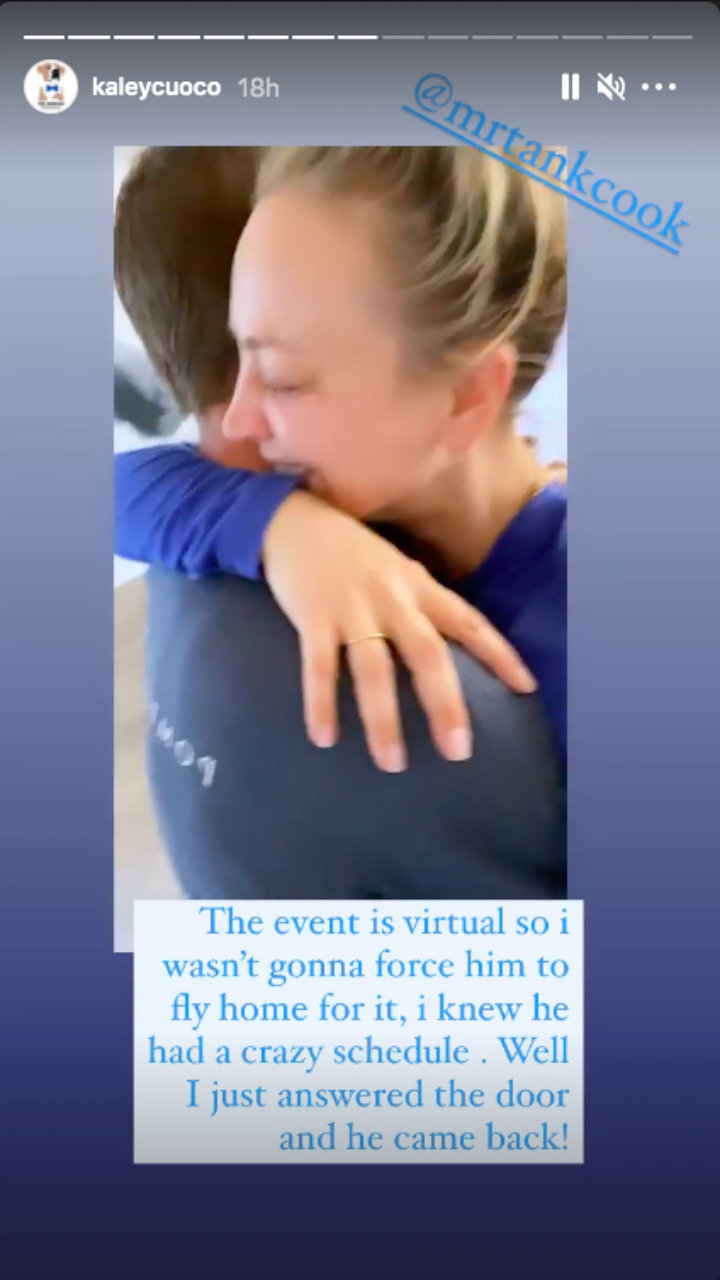 Kaley Cuoco revealed that her husband surprised her ahead of 2021 Golden Globes.

She then shared footage of herself shedding tears of joy as she hugged her man, and remarked, "I can't believe you did that. I'm so glad you're here."

Addressing her man in another caption, she wrote, "you are the best ever." 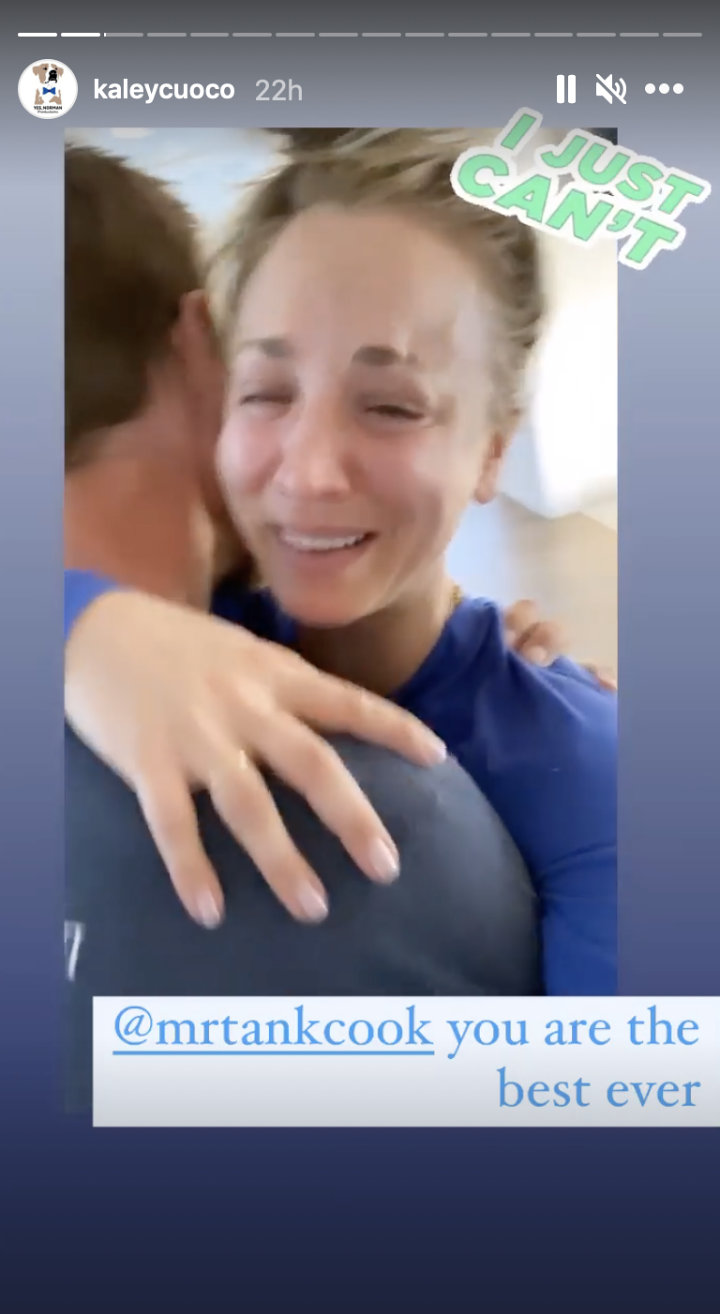 Kaley Cuoco praised her husband for the ultimate surprise.