Having been at war with Kim Thayil, Matt Cameron and Ben Shepherd since her husband's 2017 suicide, Vicky Cornell is asking a judge to intervene in their legal battle over buyout price.

AceShowbiz - Chris Cornell's widow is asking a judge to intervene in her legal battle with his Soundgarden bandmates after she was allegedly offered just $300,000 (£216,000) to buy out her stake in the brand.

Vicky Cornell has been at war with remaining members Kim Thayil, Matt Cameron and Ben Shepherd ever since her husband's suicide in 2017, previously suing over the ownership of unfinished songs and allegations of missing royalties.

Now she is taking them to court again after failing to strike a deal over a buyout price, claiming she was offended by the "ludicrously low" offer of $300,000 for Chris' share in the group partnership.

According to court papers obtained by Variety, Vicky initially attempted to buy the trio out of the brand by offering them $4 million (£2.9 million) each, before upping the deal to $7 million (£5 million) apiece - but the rockers refused, and then came back with their counteroffer, based on an independent valuation, the details of which they have declined to provide to her.

Vicky is refusing to believe the group's assets are worth so little, and she is now demanding a court-ordered valuation to help settle the financial battle once and for all.

"This action has been necessitated by the self-serving and heartless actions of the remaining members of the band Soundgarden, who are seeking to rob from their former bandmate, Chris Cornell, his wife, and their minor children, Chris' legacy and life's worth, which has made them millions of dollars," the complaint reads.

"The band members have knowingly offered only an infinitesimal fraction of the true worth of Chris' interest in Soundgarden and certain related entities by making a ludicrously low offer. And, they know it... This case relates to, and seeks a judicial valuation of, Chris' interest in Soundgarden (the band owned by the partnership of the same name) and certain related entities, including SG Recordings, SMF, SG Productions, and LLM (collectively, the Soundgarden Related Entities')."

However, it appears she will be in for a fight.

In response, a representative for Soundgarden tells TMZ, "As requested by the Estate of Chris Cornell and as required by the laws of the State of Washington, the surviving members of Soundgarden submitted to the Cornell Estate four months ago a buy-out offer of the Estate's interests in Soundgarden calculated by respected music industry valuation expert Gary Cohen." 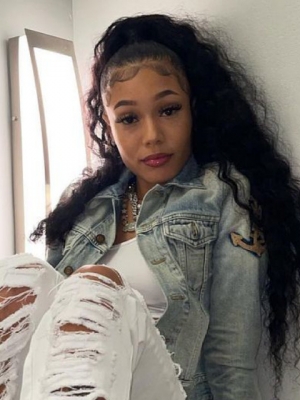