Fans started speculating that there's probably a beef between the 'Bodak Yellow' hitmaker and the 'Icy Girl' raptress after the latter was not seen with Cardi, Offset as well Quavo at Super Bowl LV.

AceShowbiz - There's no bad blood between Cardi B and Saweetie. And even better than that, they might be cooking up a new collaboration. Spilling the beans was Cardi's sister Hennessy Carolina, when responding to accusation that she was dissing the "My Type" raptress.

Hennessy was called out online after she spoke about facial fillers in a video, which people took as a dig at Saweetie. Denying this, Hennessy wrote in an Instagram comment, "I never followed sawtie [sic] so wtf are you talking about and secondly saweetie manager and cardis spoke yesterday about a project so stop trying to create narratives! Feen!"

Hennessy didn't specifically address the rumored beef between Cardi and Saweetie, but her statement was enough to debunk the speculation that the two female stars were feuding. If there's anything going on between them, it's probably happening in the studio and all are in good vibes.

Fans started speculating that there's probably a beef between Cardi and Saweetie after the latter didn't join the former, Cardi's husband Offset and her boyfriend Quavo at the Super Bowl LV in Tampa, Florida on Sunday, February 7. She was missing from a group photo shared by Quavo on his Instagram page. 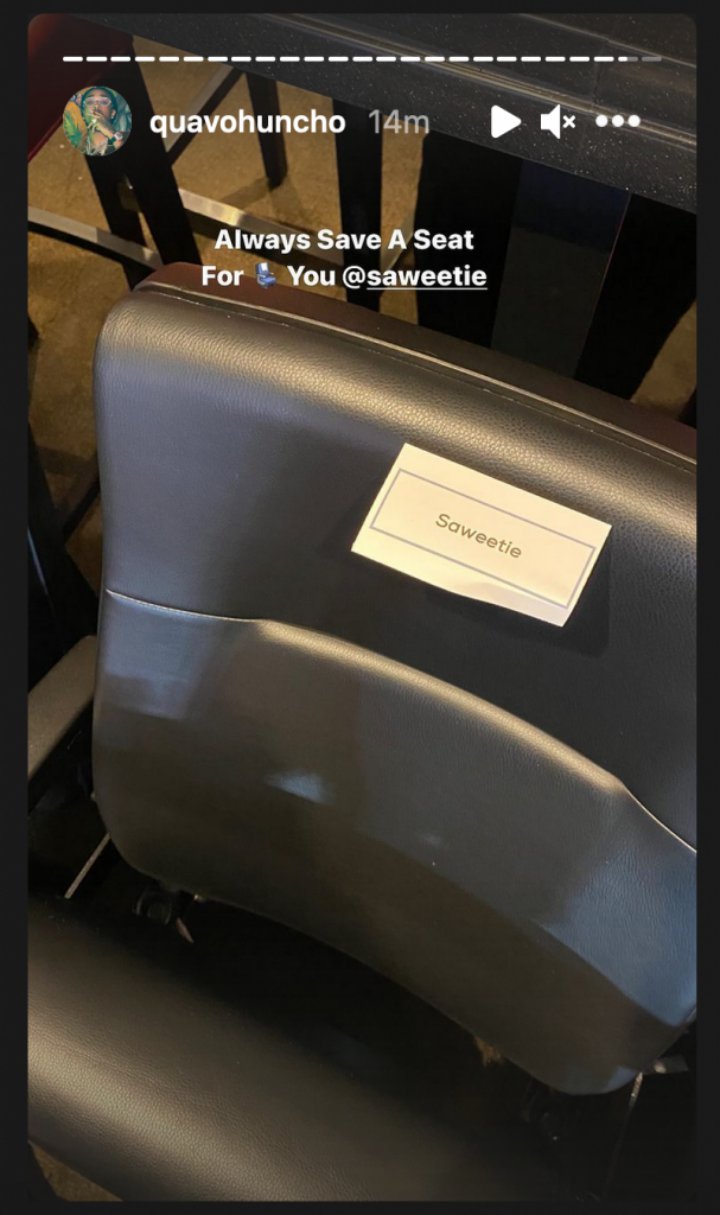 Her absence also led some to speculate that Saweetie might have broken up with her boyfriend. Quavo later set things straight that he's still had the 27-year-old femcee in his heart and mind as he posted a picture of an empty seat with Saweetie's name on it. "Always save a seat for you @Saweetie," he wrote over it.

Kelly Osbourne Still Not on Speaking Terms With Sister Aimee