The 'I Know the End' singer catches heat from the rock veteran and fellow rocker Peter Frampton for destroying her Danelectro Dano '56 guitar at the end of her musical debut on 'Saturday Night Live.'

AceShowbiz - Singer Phoebe Bridgers has become embroiled in a social media feud with rock veteran David Crosby after he criticized her for smashing a guitar during a weekend (February 6) TV performance.

Bridgers destroyed her Danelectro Dano '56 guitar after belting out the track "I Know the End" for her musical debut on U.S. comedy show "Saturday Night Live", and the following day, Crosby was asked for his opinion on the staged drama via Twitter.

"Pathetic," he grumbled, prompting Bridgers to respond with her own terse comment, writing, "little b**ch". 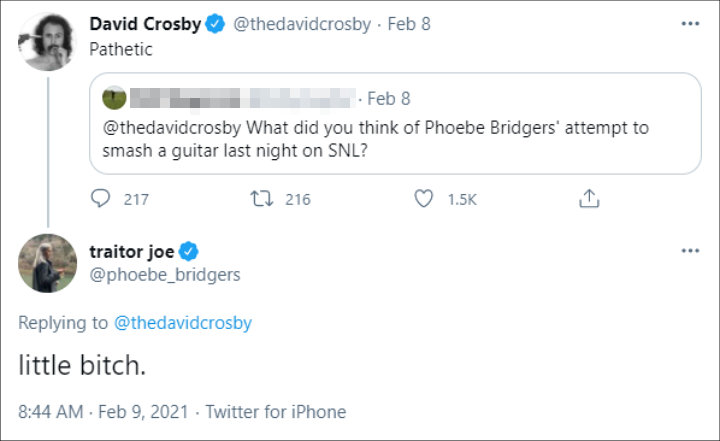 Phoebe Bridgers and David Crosby got heated online over her guitar smashing performance.

Crosby later explained his disapproval, after followers pointed out so many of his male contemporaries in the 1960s and '70s, including Jimi Hendrix and Pete Townshend, had done the same during their heyday.

"Guitars are for playing ..making music ..... not stupidly bashing them on a fake monitor for childish stage drama ....," he posted. "I really do NOT give a flying F if others have done it before. It's still... STUPID." 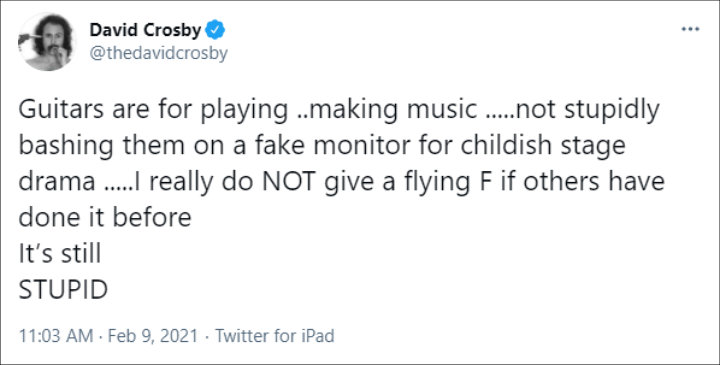 Crosby refused to back down, continuing, "It's what you do if you can't write", as Red Hot Chili Peppers bassist Flea weighed in, querying, "Hendrix couldn't write?" 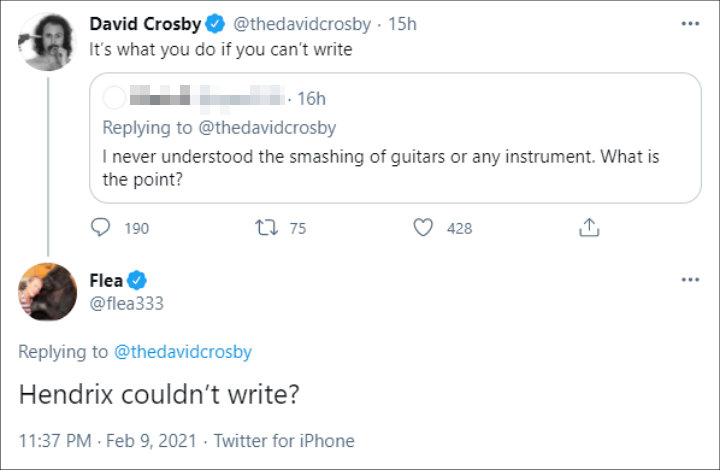 "It really p**sed my parents off when The Who first did this on Ready Steady Go tv in UK," he tweeted. "I was devastated watching the gtrs (guitars) and drums being destroyed but found it strangely intoxicating at the same time. Now I'm my parents age it really p**sed me off watching Saturday (sic)." 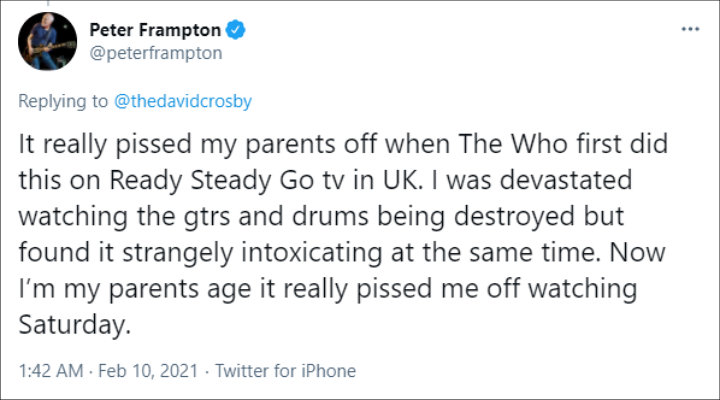 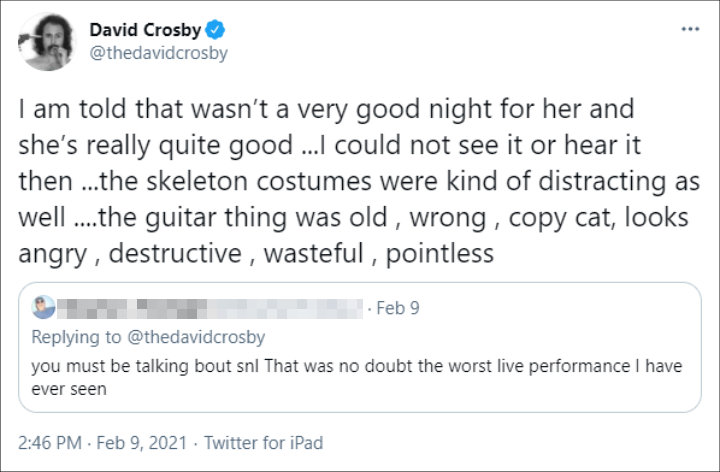 David Crosby continued his attack on Phoebe Bridgers over the instrument destruction.

Instead of letting the critiques get her down, Bridgers poked fun at the remarks, sharing a screenshot on Instagram and quipping, "got some really great feedback from my performance...!"

Cardi B Unbothered by Criticism Over Her Bare Face: 'I'm Confident in My Own Skin'