Expecting her first child with husband Taylor Goldsmith, the 'This Is Us' actress has previously opened up about her determination to have a baby despite being diagnosed with endometriosis.

AceShowbiz - Mandy Moore's birth plan has changed after she discovered she has a low platelet count.

The "This Is Us" star is expecting her first child with her husband Taylor Goldsmith and reveals a routine check-up has given her a little cause for concern.

"Weekly platelet check at the hematologist. My platelets have dropped exponentially during pregnancy and it's sadly altered my birth 'plan,' " she writes on Instagram. "Any other pregnant folk in the same boat?" 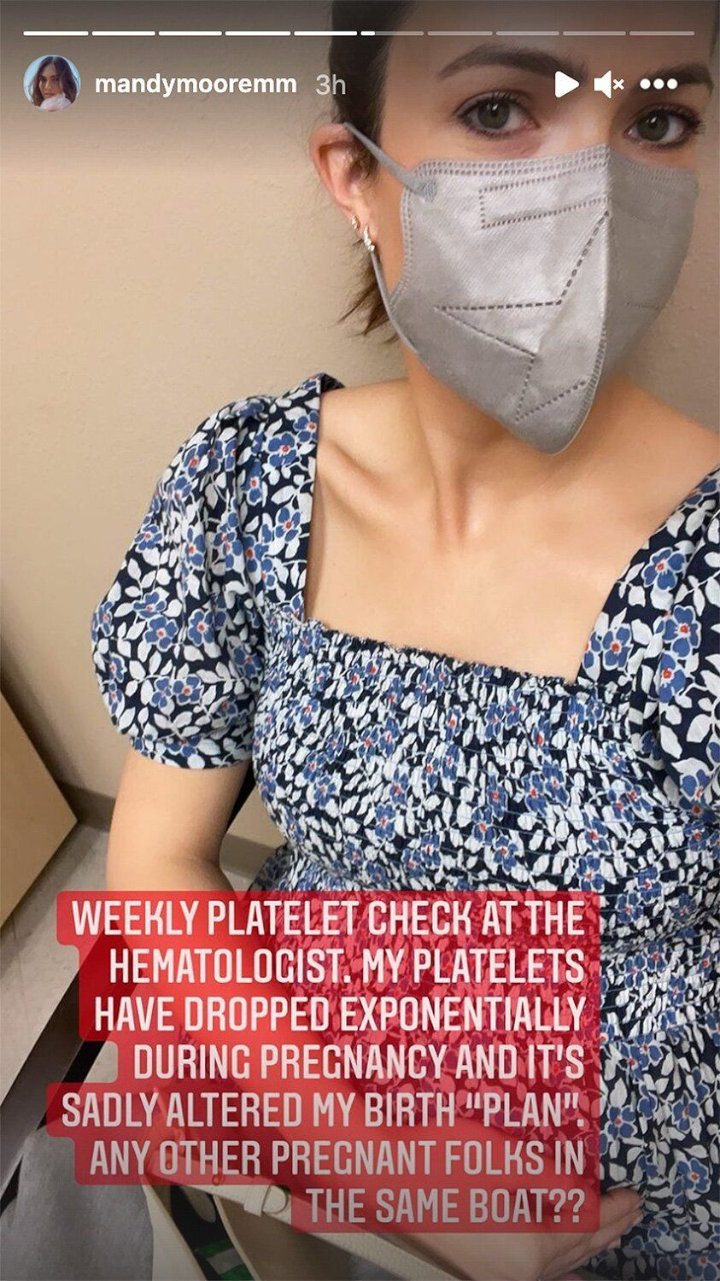 Mandy Moore opened up about health issues that altered her birth plan.

Mandy didn't reveal any further information about her platelet problem, but a very low count can sometimes signal a pregnancy issue, including pre-eclampsia, which causes high blood pressure and can be serious if not treated in late pregnancy.

Meanwhile, Mandy recently insisted she was "fully prepared to have surgery" in order to have a baby, after being diagnosed with endometriosis - a medical condition that affects the tissue of the uterus and can cause infertility.

"I was fully prepared to go have surgery and fix my uterus and hopefully get rid of the endometriosis, if it was there," she explained. "It was nice to have a plan and to know, 'OK, well this is why I haven't been pregnant yet.' "

After being informed she was ovulating but that she only had a small chance of conception, due to her condition, Mandy took matters into her own hands and ended up with a positive pregnancy test.

Mandy, who has been married to Taylor since 2018, also previously admitted that she felt fortunate to have been pregnant during the coronavirus pandemic, because she had been suffering with bad morning sickness but was able to cope with the pregnancy side effect because she was at home and not working.

Speaking back in November, she shared, "I don't know how women do it. I literally woke up and was sick all day long. I couldn't eat, I lost a bunch of weight. I just stayed in bed all day. But luckily, I know that's not the case for everybody, that it sometimes can persevere for the entire pregnancy."

Mandy Moore Recalls Giving Birth to Her First Child: 'I Was on My Own'