Commemorating the 20th anniversary of her second album's release, the 'On the Floor' hitmaker shares a racy new clip that sees her recreating a scene from her biggest hit's music video.

AceShowbiz - Jennifer Lopez has paid tribute to one of her biggest hits by stripping off in a racy new video.

The singer posted footage of herself recreating a scene from the "Love Don't Cost a Thing" music promo on Saturday, January 23 to mark the release of her second album, "J.Lo".

"Happy 20th Anniversary to my 2nd album J.Lo!!!! Had a little fun at a recent shoot #Throwback #LoveDontCostAThing #JLO20thAnniversary," she wrote on social media, along with a video of herself recreating her tossing off items of clothing as she sang along to the hit.

She added, "As I reflect on the fact that it's the #JLo20thAnniversary, I just wanted to say thank you to all of you for being with me, loving me and supporting me through all the ups and downs. Thank you so much for all the love over the past 20 years!! I love you so much!!" 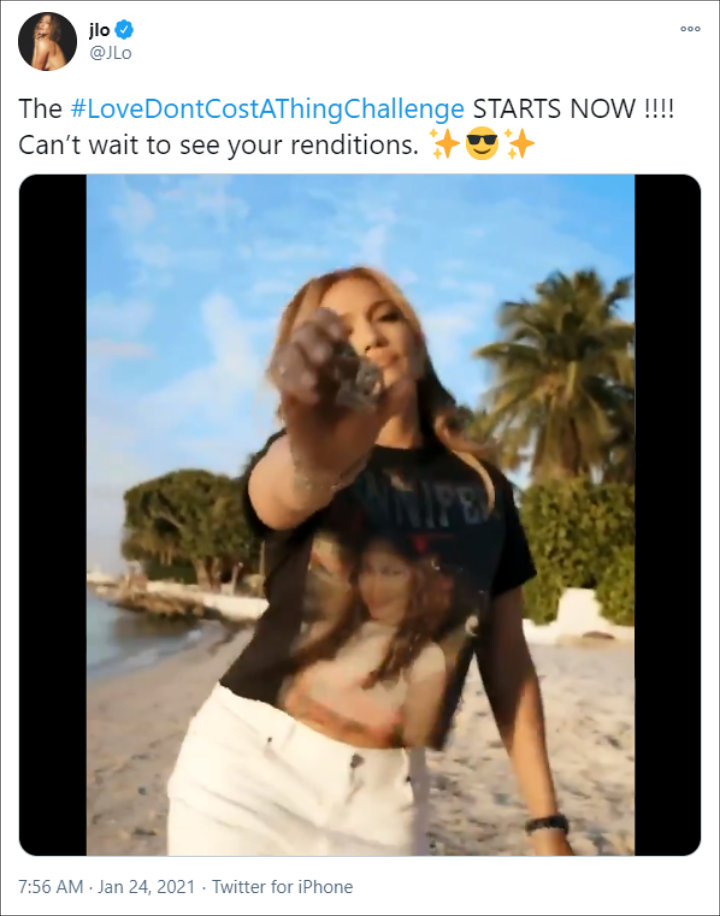 She then invited fans to join in on the fun, adding, "The #LoveDontCostAThingChallenge STARTS NOW !!!!" she tweeted. "Can't wait to see your renditions."

Prior to this, J.Lo got candid about her struggle to love herself until her 30s. Speaking to purpose coach Jay Shetty for "#CoachConversations", she said, "I remember when I was going through therapy at the beginning, you know, kind of in my late 30s and there was a lot of talk about loving yourself and I was like, 'I love myself.' "

She went on saying, "But obviously I was doing all these things in like my personal relationships that didn't seem like I was loving myself, but I didn't even understand the concept of it. It took time and it's a journey and it's still a journey for me."

Jennifer Lopez Admits She Was Hurt by Oscar Snub

Jennifer Lopez Struggled to 'Love Herself' Until Her 30s