The 'Gone Girl' star appears to be skinnier and sports untrimmed hair when stepping out to pick up his coffee delivery from Dunkin' in front of his Brentwood home.

AceShowbiz - Ben Affleck appears to be having a rough time following the end of his relationship with Ana de Armas. The actor has been spotted for the first time since news of their split made headlines and it's suffice to say that he's not living his best life now.

The 48-year-old star looked gaunt and gloom when he was seen stepping out to pick up his coffee delivery from Dunkin' in front of his Brentwood home in Los Angeles on Tuesday, January 19. He looked skinnier than before with his cheeks sunken in and he had dark circles under his eyes.

Wearing a gray T-shirt with a lightning bolt print on the front, a hooded jacket and black jeans, he sported untrimmed hair and grown beard. He retrieved a tray of iced coffee and a small bag of food which were dropped off outside his front gate via contactless delivery. 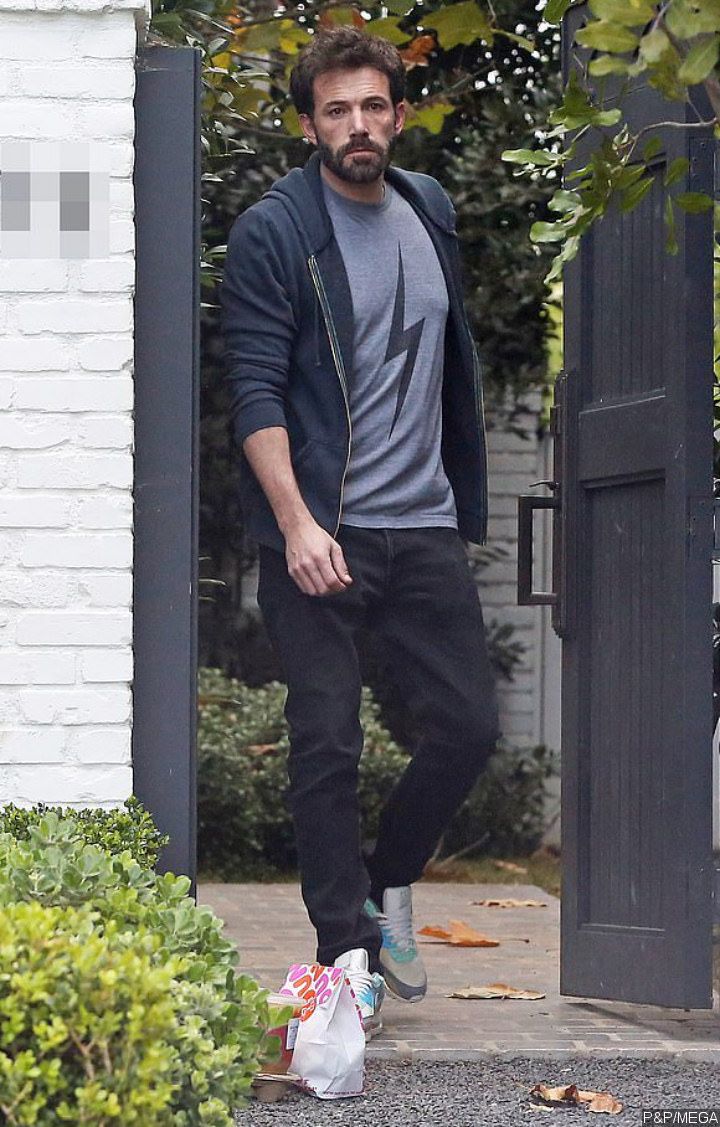 Ben Affleck picked up coffee delivery outside his Brentwood home.

One day prior, a cardboard cutout of Ana was seen being thrown in the trash outside Ben's home. His kids were seen playing with a similar cutout, which shows the Cuban beauty laying on her side with her feet up while leaning her head on one hand, outside last summer.

Ben and Ana, who first sparked romance rumors in March 2020, called it quits after almost a year of dating. A source told PEOPLE that it was the 32-year-old actress who "broke it off" because "Ana doesn't want to be Los Angeles-based and Ben obviously has to since his kids live in Los Angeles." Another insider added, "This is something that was mutual and something that is completely amicable. They are in different points in their lives and there is deep love and respect there."

The site further reports that Ben "has been upset about the split," because he "really wanted their relationship to work." A source insists on the reason why their relationship didn't work, "Ana is young and adventurous. When she is not working, she wants to travel. She doesn't want to settle down in Los Angeles. Ben needs to live in L.A. since his kids do."