The former star of 'The Real Housewives of Orange County' introduces her new beau to her online devotees, less than two months after announcing her split from ex-boyfriend Christian Schauf.

AceShowbiz - Meghan King Edmonds has found a new love. Less than two months after announcing her split from ex-boyfriend Christian Schauf, the former star of "The Real Housewives of Orange County" made her relationship with her "friend-turned-boyfriend" Will Roos Instagram official.

On Friday, January 15, the 36-year-old made use of Instagram Stories to introduce her new beau to her online devotees. "Need to tell y'all something...," she first noted in a mirror selfie of herself that captured her standing beside her new man. In another snap, she added, "Meet my friend @willroos. We have been friends for a year."

"We met as a love interest and that fizzled into friends. Obviously now that designation has shifted," the former Bravo star went on to dish in another following post. "Welp, now here we are. Sometimes funny things happen in a funny way."

Meghan then informed her fans that she will share more details about her new relationship in the future. "I'll keep you posted if there's anything worth mentioning. Basically I'm probs gonna overload you with my friend-turned-boyfriend and I can't believe I'm saying this...but I am. And it happened so unexpectedly," she explained.

"For now, we're just friends. And by 'friends' I mean super close besties who also kiss and hug," the TV personality continued. "Ok, so I don't mean 'friends' at all. Life is funny." 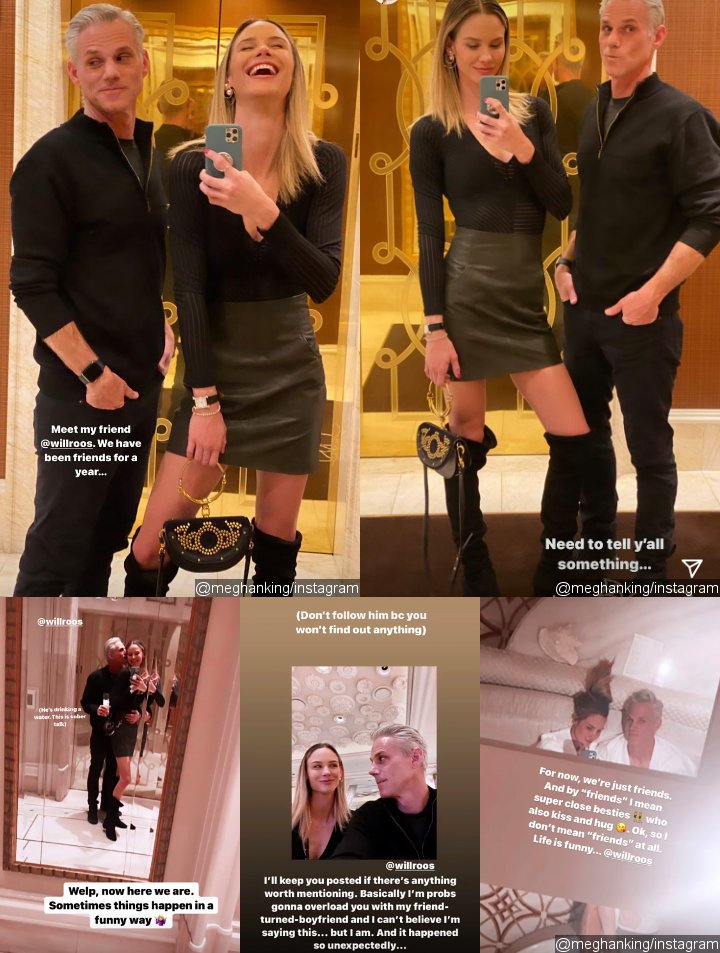 Meghan's new romance came months after she made public her split from Christian. She declared on a late November 2020 Instagram post, "As I close the door on my relationship with Christian I am quite literally opening the door to our new family home. (God/Spirit/The Universe has a way of doing funny things like that.) Our relationship deserves to be honored even as it ends."

Before dating Christian, Meghan was married to Jim Edmonds for five years. The two called it quits in October 2019. Together, they share three children, 4-year-old Aspen, and 2-year-old twins, Hayes and Hart.