This virtual fundraiser, held to raise money for Delaware Humane Association, is one of a number of celebrations organized by the President-elect officials ahead of his January 20 inauguration.

AceShowbiz - Singer Josh Groban has been left smiling ear to ear after his wish to perform at a special inauguration ceremony in honour of U.S. President-elect Joe Biden's rescue dog came true.

The musician hasn't been shy in telling fans about his desire to be a part of the line-up for Major's virtual celebration on Sunday, January 17, and shortly before the fundraiser went live at 3 P.M. ET, Groban announced he had been a last-minute addition to the show, dubbed the "Indoguration".

"IT CAME TRUE!! I am so happy," he wrote on Instagram. "The world is a mess, but we can all agree dogs rule."

Groban later took to his Instagram Story timeline to share his joy at receiving video and images of fans' furry friends tuning in for his appearance.

"All the footage of your dogs watching this is making my 2021 much brighter," he wrote. "Thanks for supporting @humanesociety." 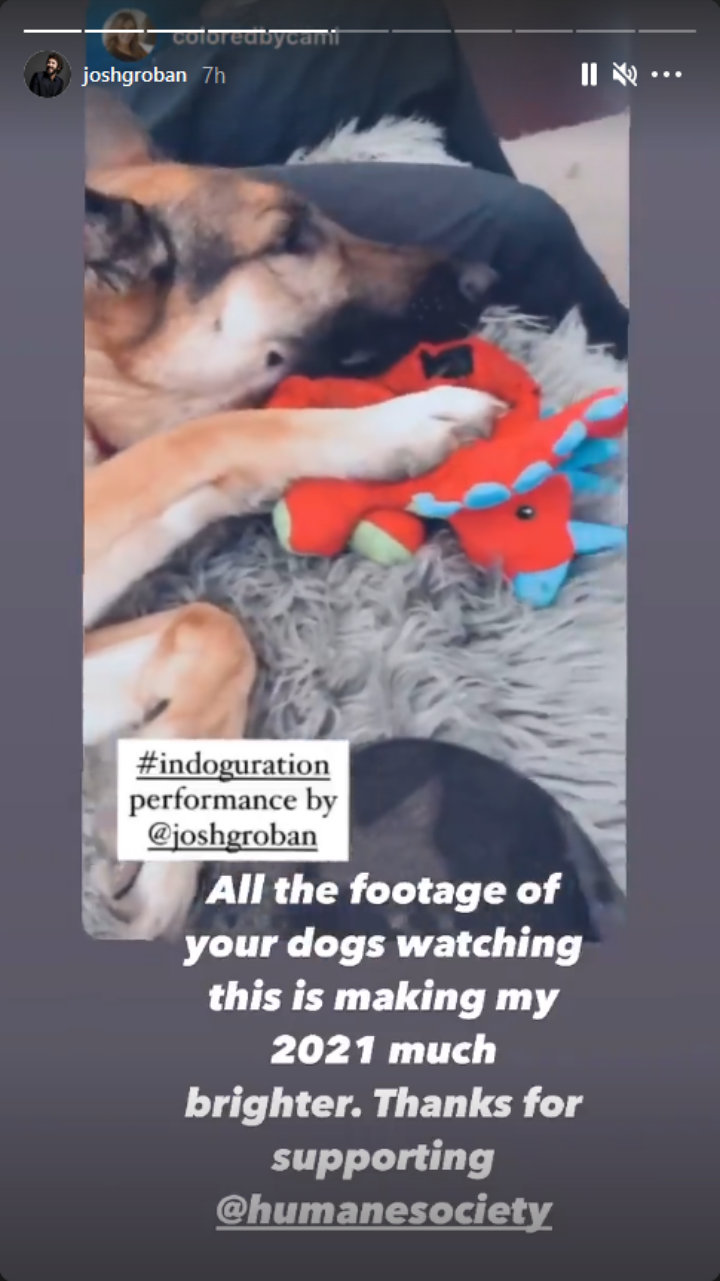 Josh Groban reacted to video and images of fans' dogs tuning in for his performance.

The event is one of a number of celebrations organized by Biden officials ahead of his inauguration on Wednesday, when the Democrat and his Vice President-elect, Kamala Harris, will take over the White House from outgoing Republicans Donald Trump and Mike Pence.

Trump, who constantly fights the results of the election, has declared that he won't attend his successor's inauguration. He, instead, will reportedly hold his own departure ceremony at Joint Base Andrews.