Also joining many Hollywood stars in condemning the POTUS is Mia Farrow who dubs him 'a traitor' and demands that he 'must be stained for life and can never run again.'

Trump was accused of inciting the protest at a rally earlier in the day and he was slow in officially calling for the activists to obey the law and leave the Capitol building , where politicians had gathered to certify Joe Biden's win over the President at November's (20) general election.

Democrats supporting Biden and Trump's Republican colleagues alike condemned the protestors, while demanding they allow the democratic process to continue. One female protestor was shot and killed by a law enforcement official during the unrest.

Appalled by what she saw, fervent Democrat Midler took to Twitter to call for Trump's arrest.

"He should be arrested ASAP," she wrote, attacking Republican Texas Senator Ted Cruz, who called for an end to the violence at the Capitol, "you did this; you and your traitorous colleagues. This will follow you all your days. Deal with it," she raged. 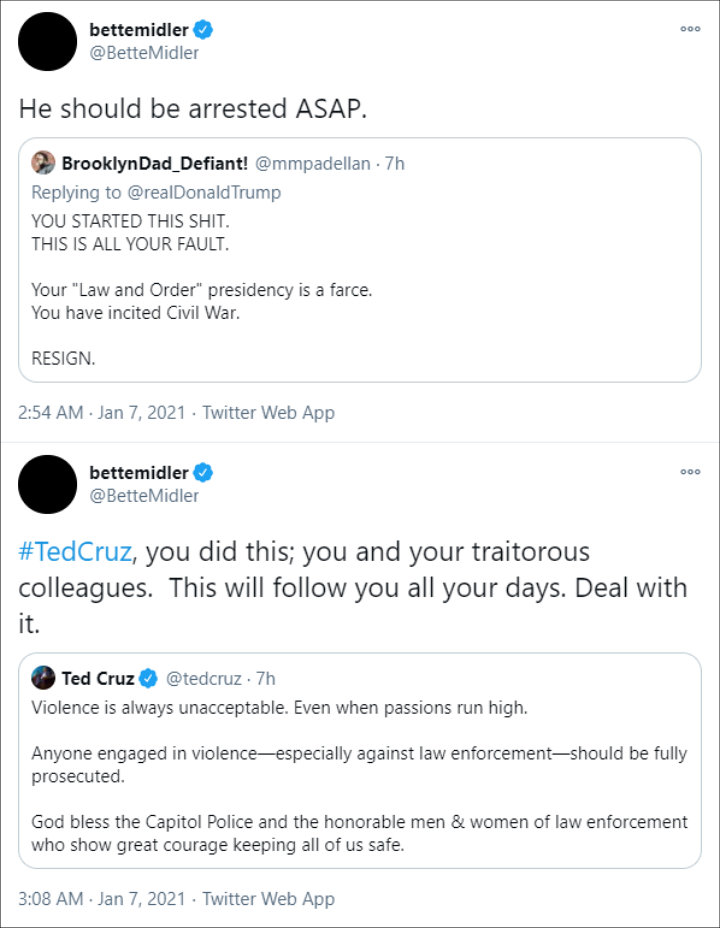 Comedian Patton Oswalt also called for Trump's arrest, tweeting, "Shut down his godd**n Twitter feed and throw him in motherf**king jail. NOW." And Mia Farrow added, "We need to speedily impeach him (Trump) for inciting violence against the nation. He must be stained for life and can never run again. Then remove him from the WH (White House) immediately. He's a traitor." 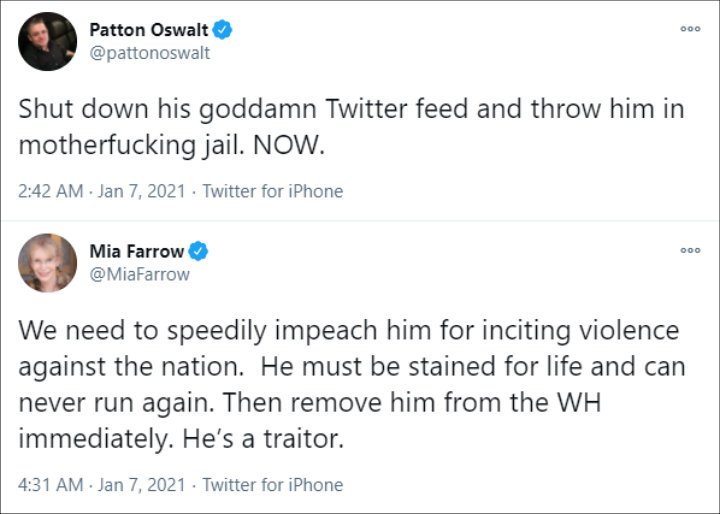 Rob Reiner joined in the condemnation of President Donald Trump.

Trump was also criticized for a one-minute statement he made, asking the protestors to leave the Capitol, while stating, "We love you. You're very special."

He failed to condemn the mob that had stormed the building in his name and repeated his belief that last year's election was "stolen" from him.

"There's never been a time like this where such a thing happened, where they could take it away from all of us, from me, from you, from our country," he said. "This was a fraudulent election, but we can't play into the hands of these people. We have to have peace.

"We love you. You're very special. You've seen what happens. You see the way others are treated that are so bad and so evil. I know how you feel, but go home and go home in peace."

Many people, including Debra Messing, Rosie O'Donnell, former White House intern Monica Lewinsky, Colin Hanks, and singer Anita Baker called for leaders to invoke the 25th Amendment in the U.S. Constitution and remove Trump from office, weeks before he is scheduled to hand over power to Biden, while others insisted he should be impeached.

And some commenting on the drama were stunned with the time it took lawmakers to respond to the situation, suggesting that if the protestors were Black Lives Matter activists, hundreds could have been killed.

"Just think of the carnage had they (protestors) not been white," actor Chris Evans tweeted, while Olivia Munn added: "These guys are engaging in hand-to-hand combat with police after storming the US Capitol. In other news, George Floyd, Trayvon Martin, Rayshard Brooks, Aura Rosser, Stephon Clark, Botham Jean, Alton Sterling and Eric Garner are all dead." 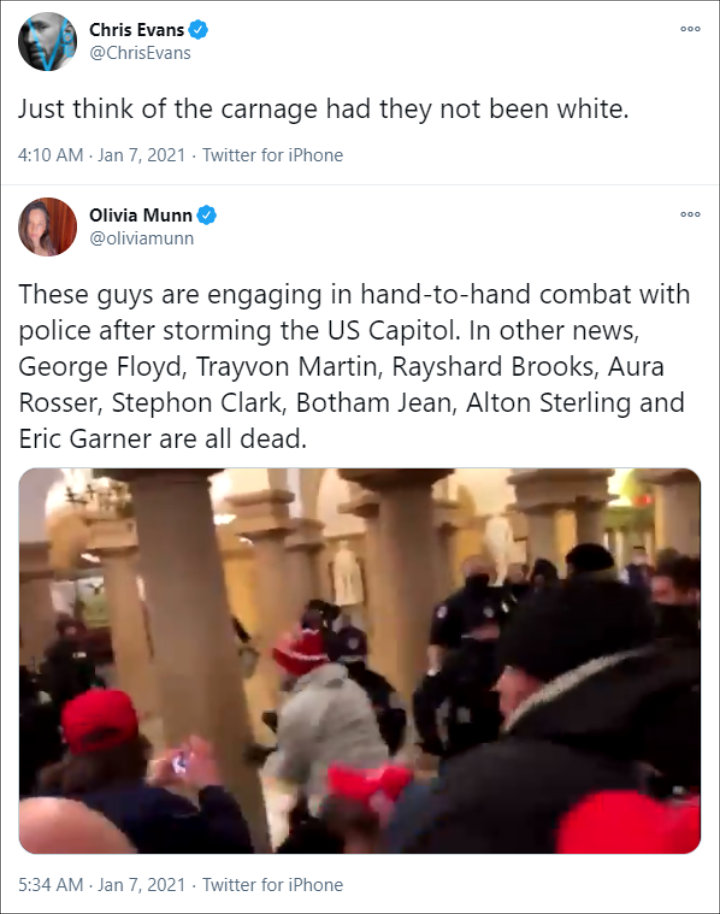 The people she mentioned all died at the hands of white police officers and Neighborhood Watch volunteers.

Meanwhile, in a dramatic move, Twitter bosses have locked Trump's account after joining Facebook and YouTube leaders by removing a video of the President Trump addressing his supporters amid the violence at the U.S. Capitol.

Explaining their decision, they focused on three tweets Trump posted hours before the siege, which critics have suggested may have incited the protestors. A statement reads, "As a result of the unprecedented and ongoing violent situation in Washington, D.C., we have required the removal of three @realDonaldTrump Tweets that were posted earlier today for repeated and severe violations of our Civic Integrity policy."

"This means that the account of @realDonaldTrump will be locked for 12 hours following the removal of these Tweets. If the Tweets are not removed, the account will remain locked." 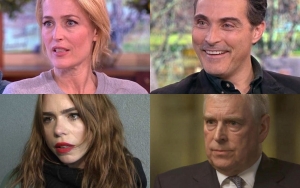 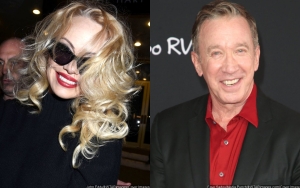 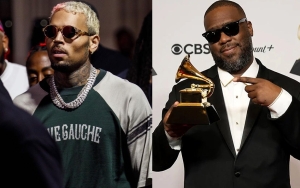