Calling it 'unacceptable,' the 40-year-old reality TV star and activist shares that she'll continue 'tweeting about Brandon and his case and why his life should be spared by @realDonaldTrump.'

AceShowbiz - Kim Kardashian continues to fight for prison reform. Ahead of death row for inmate Brandon Bernard, the "Keeping Up with the Kardashians" star and activist took to her Twitter account to urge President Donald Trump to pardon his death row.

"Brandon Bernard, a 40-year-old father is going to be executed tomorrow by our federal government. Having gotten to know Brandon, I am heartbroken about this execution," Kim wrote on Wednesday, December 9 of Brandon, who is set to be executed on December 10 after being convincted in 2000 of participating in a robbery scheme that killed 2 people. "I'm calling on @realDonaldTrump to grant Brandon a commutation and allow him to live out his sentence in prison."

In another tweet, the wife of Kanye West added, "Most of the time executions happen, in our names, without a lot of attention given to them." Calling it "unacceptable," the 40-year-old shared that "for the next 24 hours I will be tweeting about Brandon and his case and why his life should be spared by @realDonaldTrump." 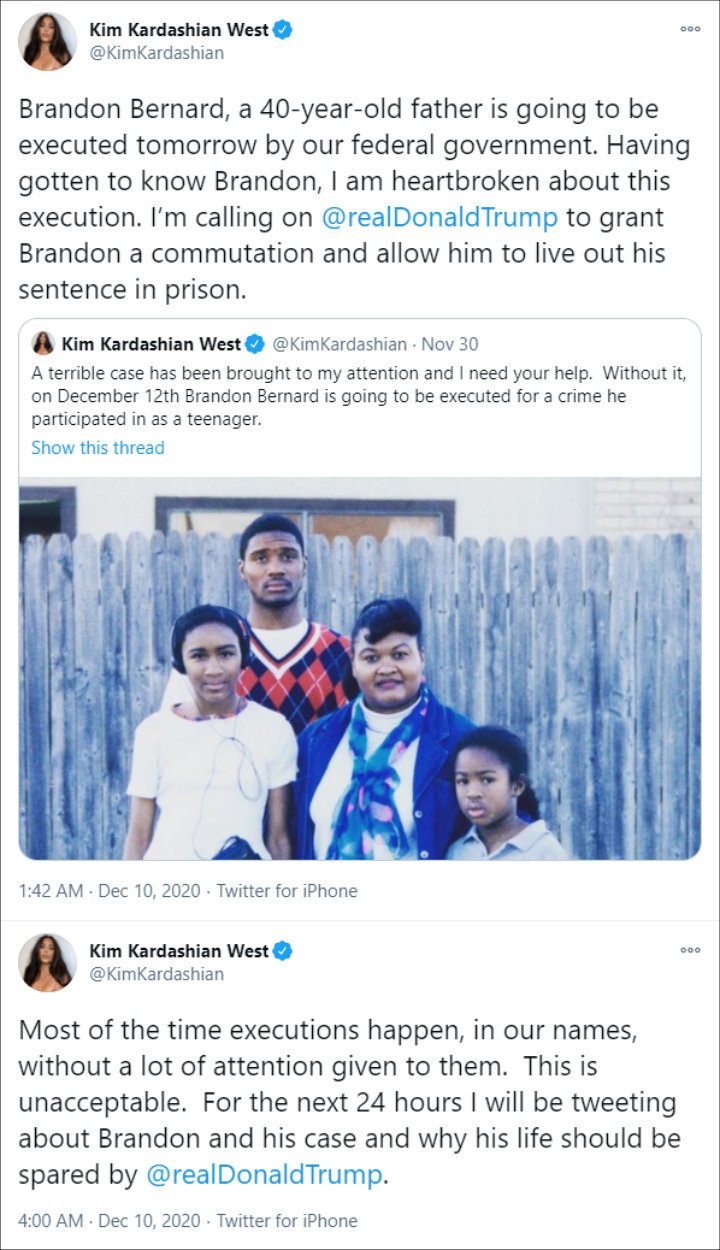 Later, Kim pointed 5 reasons why Brandon shouldn't be executed in a separate tweet. "1. He was 18 at the time. 2. He was not the shooter. 3. The prosecutor and 5 of the jurors now support clemency," the mother of four noted. "4. He's spent decades in prison w/out a write up, helping at risk youth. 5. There's bipartisan support for his commutation." 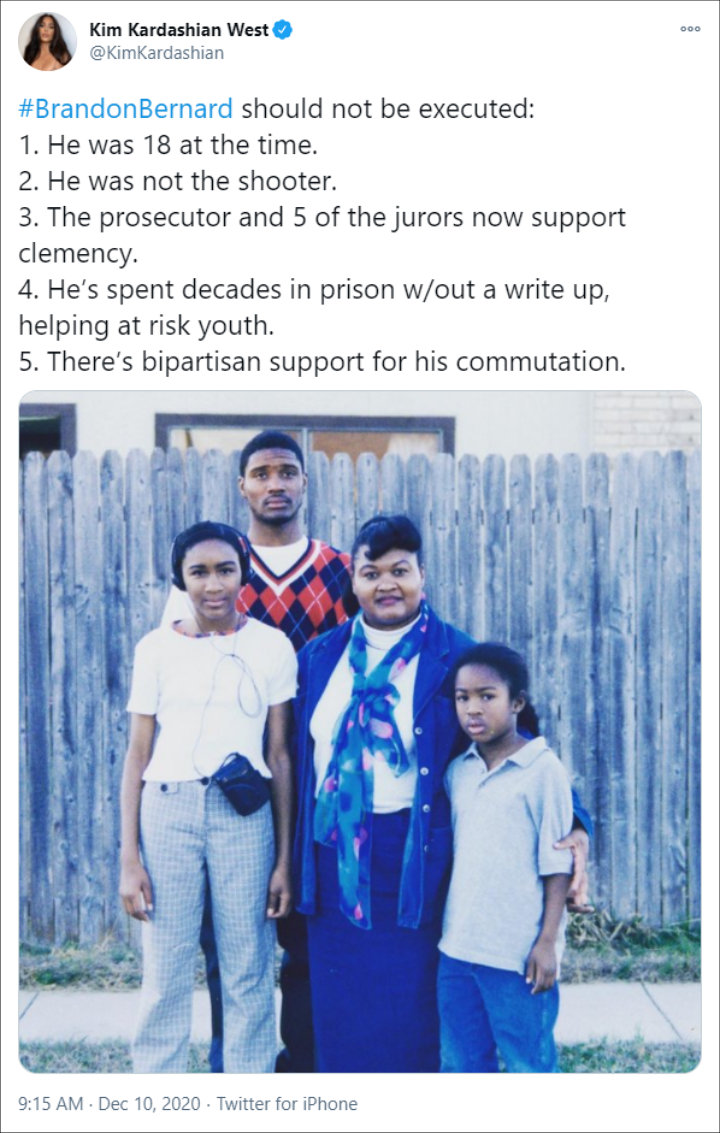 It was reported that while Brandon wasn't involved in the carjacking, he participated in burning the vehicle while Todd and Stacie Bagley were inside. According to an autopsy, Todd died from gunshot wounds while Stacie died from smoke inhalation.

Brandon was convicted for the crime along three other accomplices. Two of them were released and one of them, Christopher Vialva, was executed earlier this year.

It remains to be seen if Kim's attempt to commute Brandon's sentence will work, though she previously managed to get POTUS to grand clemency to Alice Marie Johnson, a 62-year-old great-grandmother who served life behind bars for charges of money laundering and nonviolent drug offenses.