During an appearance on 'Good Morning America', the actress playing lonely air stewardess in the new HBO Max series thanks co-star and producer Kaley Cuoco to convince her otherwise.

The actress plays a lonely air stewardess in the jet-setting comedy drama, which takes off this weekend, and admits producer and star Kaley had to beg her to take the part.

"I initially turned down the offer, as stupid as that can be, and Kaley wouldn't accept no for an answer," Perez tells "Good Morning America".

But the veteran fell in love with Cuoco's enthusiasm and decided to take a chance on the show, which was shot on location all over the globe.

"The material was so undeniable it would be stupid for me to just let my anxiety about flying turn it down and she just cemented the deal," she adds. "She's an amazing person."

Her travel anxiety melted away as she bonded with the cast and crew and reveals the project handed her a dream-come-true moment at the Vatican in Italy during a day off.

"When we got to the square they had a Jumbotron... and the Pope comes out and we all look up and someone yells out, 'Hey, you're on the Jumbotron'," she chuckles.

According to the official synopsis, "The Flight Attendant" is a story of how an entire life can change in one night. A flight attendant (Kaley Cuoco) wakes up in the wrong hotel, in the wrong bed, with a dead man – and no idea what happened. The dark comedic thriller is based on the novel of the same name by New York Times best-selling author Chris Bohjalian.

Kaley Cuoco on Filming Another 'The Flight Attendant' Season: I Think 'the Plane Has Landed' 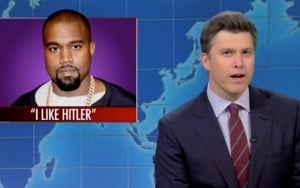