The former MMA fighter, who portrays Cara Dune on the 'Star Wars' series by Disney Plus, draws the backlash after sharing her stance on COVID-19 protective measures and the presidential election.

AceShowbiz - Fans of "The Mandalorian" are calling for actress Gina Carano's role to be recast over a series of anti-mask tweets amid the ongoing coronavirus crisis.

The former mixed martial arts fighter portrays Cara Dune on the Disney+ Star Wars series, but she hasn't been winning fans on social media after sharing her stance on COVID-19 protective measures and the U.S. presidential election.

Carano took to Twitter over the weekend, November 13-15, to share an image of two people purposely putting face masks over their eyes. 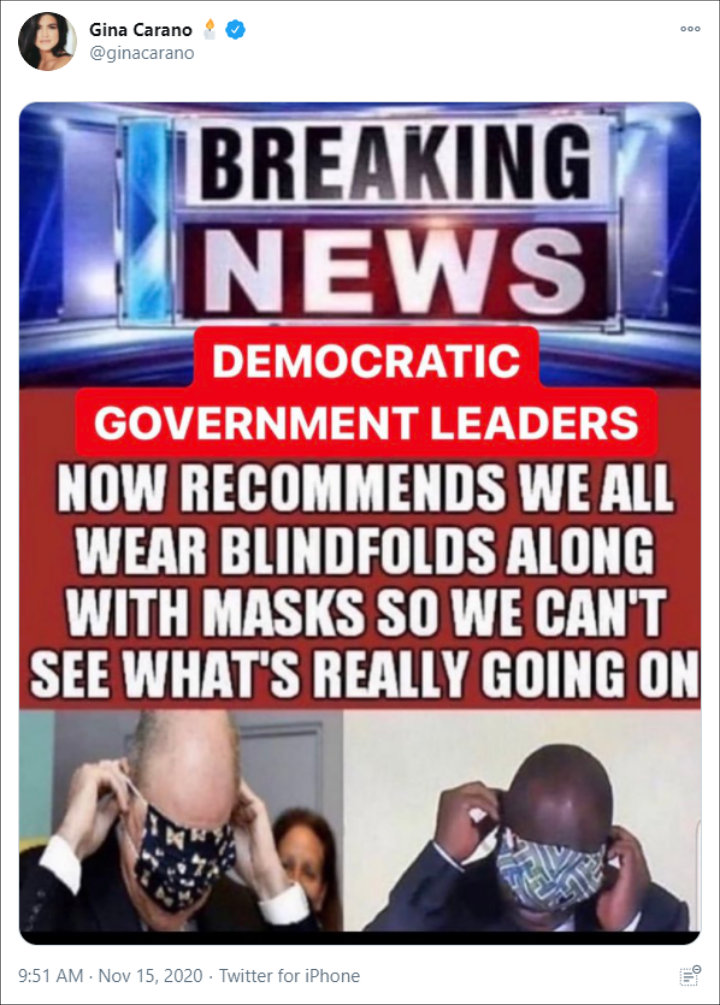 Gina Carano voiced what seemed to be anti-mask stance amid the ongoing COVID-19 crisis.

The posting prompted the launch of the #FireGinaCarano hashtag as several social media users expressed outrage. 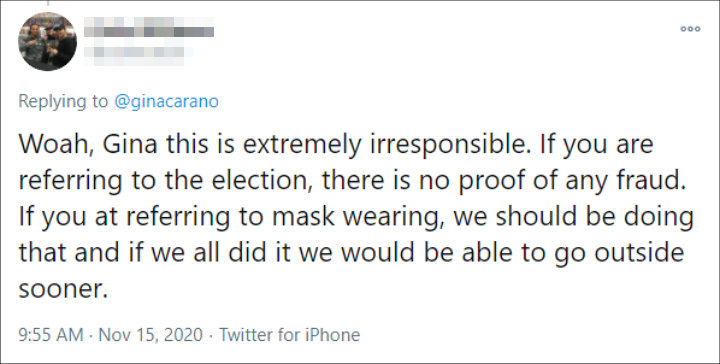 One social media user reminded Gina Carano about the irresponsible nature of her tweet. 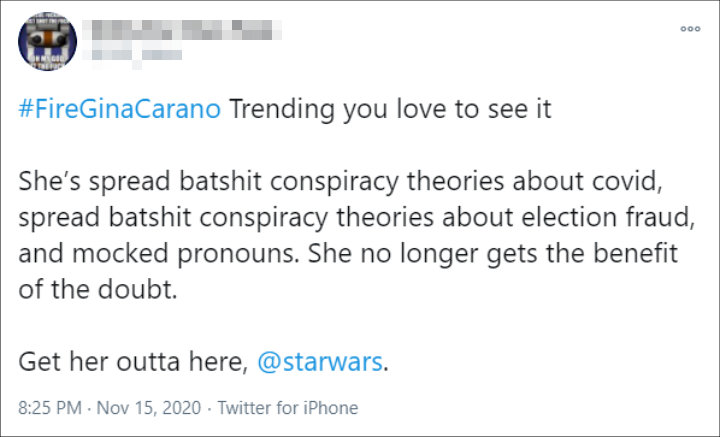 "On a serious note, Disney needs to f**king do something about this. Gina Carano needs to walk away from 'The Mandalorian'. There's no place for people like her in the Star Wars community," another critic added. 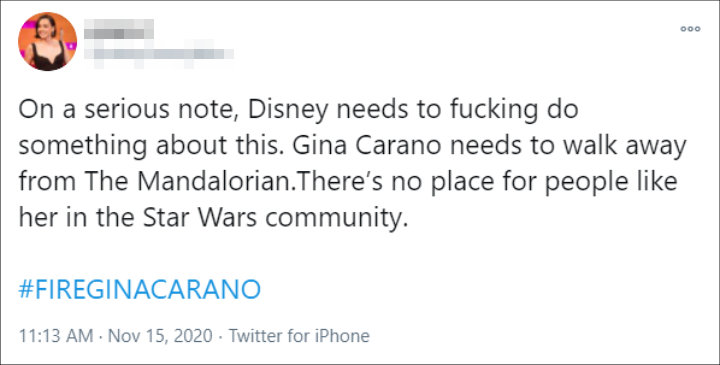 A critic called for the firing of Gina Carano over her anti-mask tweet.

Bosses at Disney+ have yet to comment on the controversy.