Elena Samodanova shares a cryptic post that seemingly refers to her breakup from the Russian dancer, writing, 'I'm just disappointed you turned into everything you said you'd never be.'

AceShowbiz - It seems Gleb Savchenko's wife could not hide her disappointment at him. Shortly after announcing that she and the "Dancing with the Stars" pro called it quits after 14 years of marriage, Elena Samodanova appeared to take a low-key dig at her estranged husband on social media.

The 36-year-old took to Instagram on Friday, November 6 to share a cryptic post that apparently refers to her breakup from the Russian dancer. Not mentioning any names, she penned, "I don't hate you, I'm just disappointed you turned into everything you said you'd never be."

The post came two hours after the "So You Think You Can Dance" choreographer went public with their split. Turning to her Instagram Story, she posted an image of her and her now-estranged husband. "After 14 years of marriage with my deepest sadness our road is coming to the end," she declared, added a broken-heart emoji. 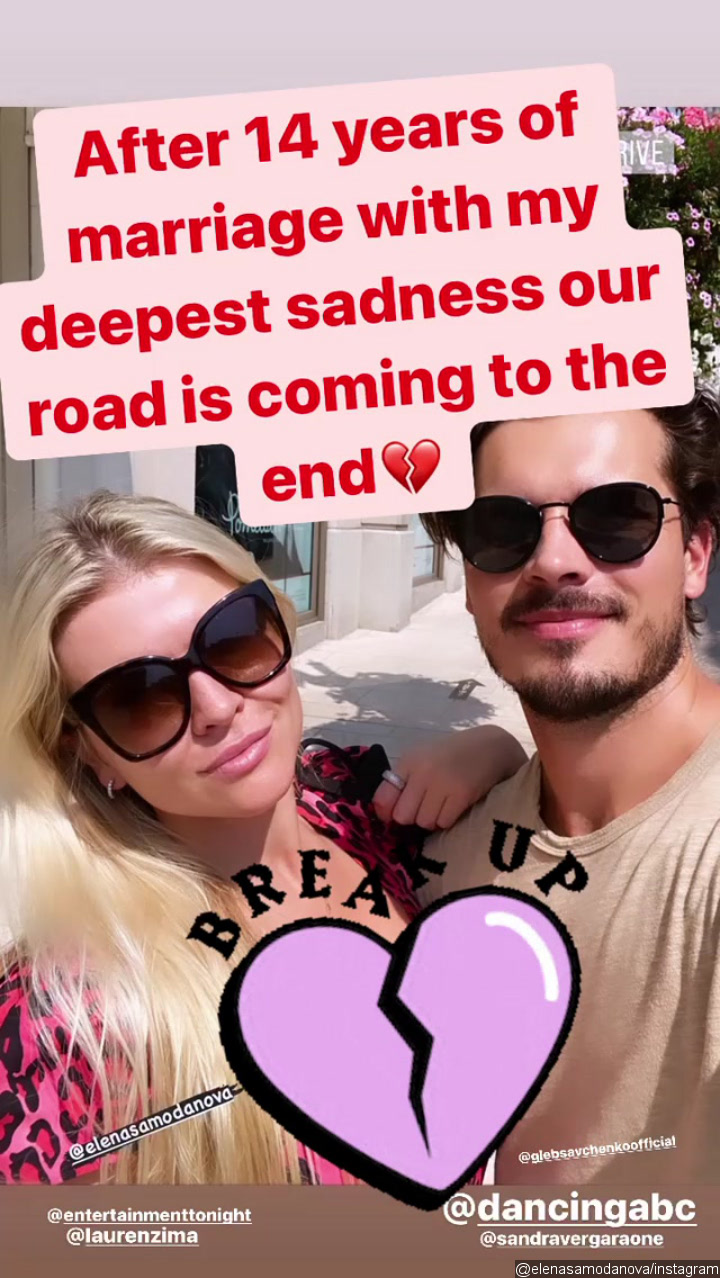 Elena's shocking news was echoed by Gleb, who sent out a statement on his own Instagram page. Alongside a picture of the two and their children, he wrote, "It is with a heavy heart that I tell you my wife and I are parting ways after 14 years of marriage."

"We still intend to co-parent our wonderful children together who we love so dearly, and we will strive to continue to be the best parents that we can to them," the 37-year-old father continued. "We ask that you respect our family’s need for privacy and healing during this time."

Gleb and Elena tied the knot in 2006. Together, they share two young daughters, 10-year-old Olivia and 3-year-old Zlata.

Back in July, Gleb commemorated their 14th wedding anniversary via Instagram. Letting out a throwback photo of him and his now-estranged wife, he noted, "Two souls but with a single thought, two hearts that beat as one. Happy 14th Anniversary my love @elenasamodanova."