It all starts after the Alaric Saltzman depicter makes a comment on the vice presidential debate, 'It be nice if the moderator would stop interrupting Pence and let him finish his point.'

AceShowbiz - Paul Wesley and Matthew Davis' characters on "The Vampire Diaries" may have the same taste on the show, but the two actors surely have different preferences when it comes to politics. Both men were going at it on Twitter on Wednesday night, October 7 as the vice presidential debate aired on television.

Matthew made it clear he is on Donald Trump's side by writing in a since-deleted tweet, "It be nice if the moderator would stop interrupting Pence and let him finish his point." Paul, a vocal Joe Biden supporter, did not take his tweet too well as he said in response, "It would also be nice if pence answered the question he was originally asked rather than deflect." 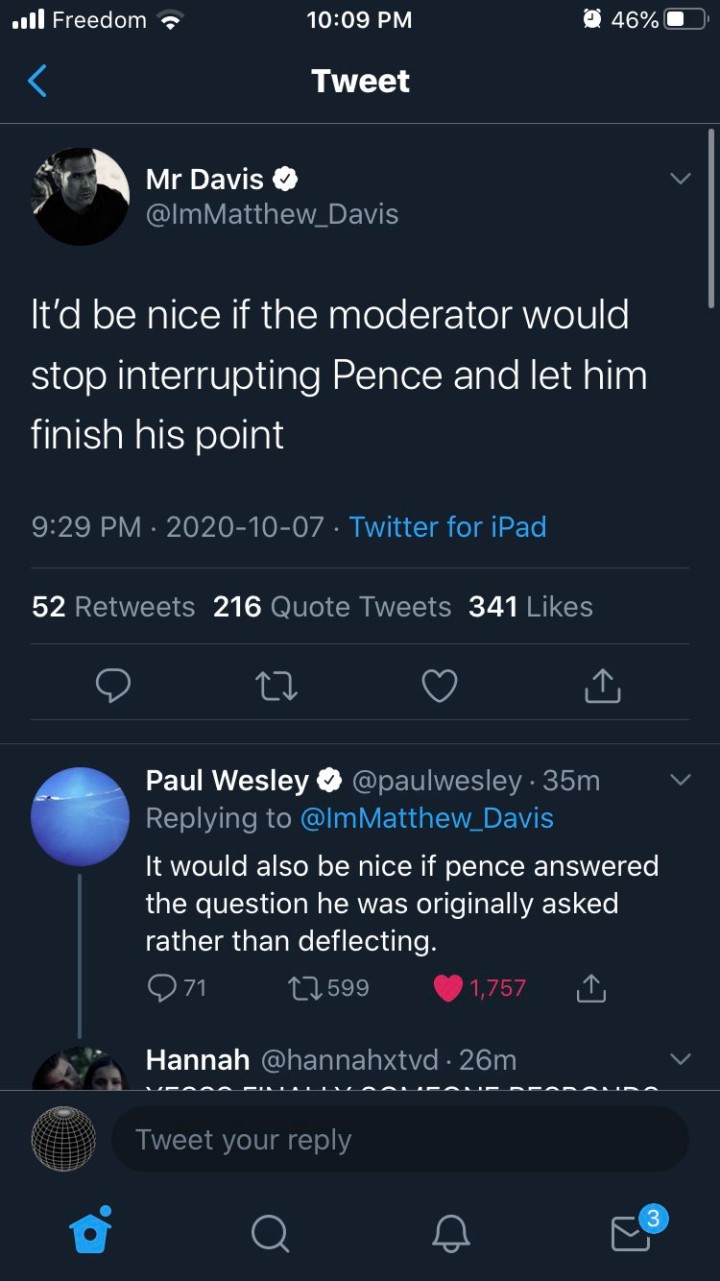 Before one knows it, their conversation turned into a full-blown Twitter feud. "Paul likes to vote for criminals and losers just like he did in 2016. Your opinion on the matter carries little weight as far as I am concerned. Next," Matthew said, seemingly referring to the fact that Hillary Clinton ultimately lost to Trump in the 2016 presidential election after she drew controversy by using a private email server for official public communications rather than using official State Department email accounts maintained on secure federal servers. 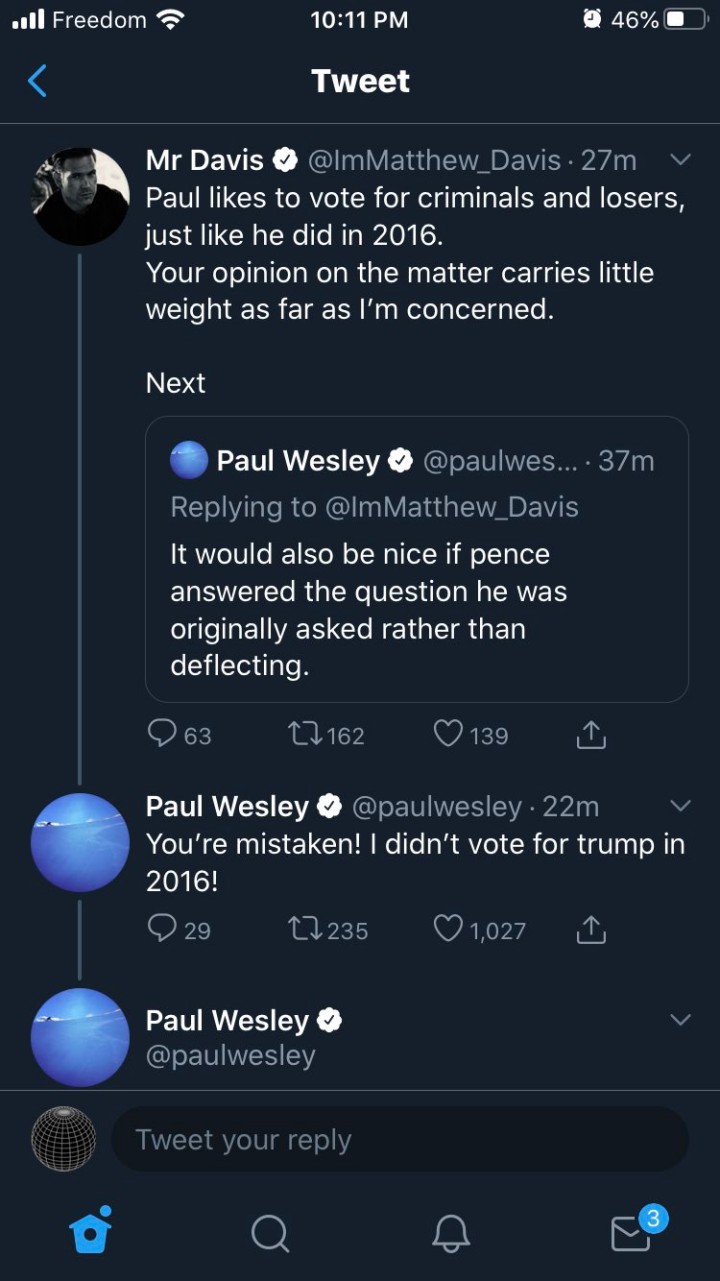 Paul retorted by pointing out the "criminal and loser" is Trump, not Hillary. "You're mistaken. I didn't vote for trump in 2016," he tweeted. Not getting a reply from his former co-star, Paul returned to the blue bird site to troll Matthew with a reference to The CW show. "Guys Alaric drank some vervain, he's losing it," he said, referring to the herb which was considered poisonous for vampires on the show and made them weak. 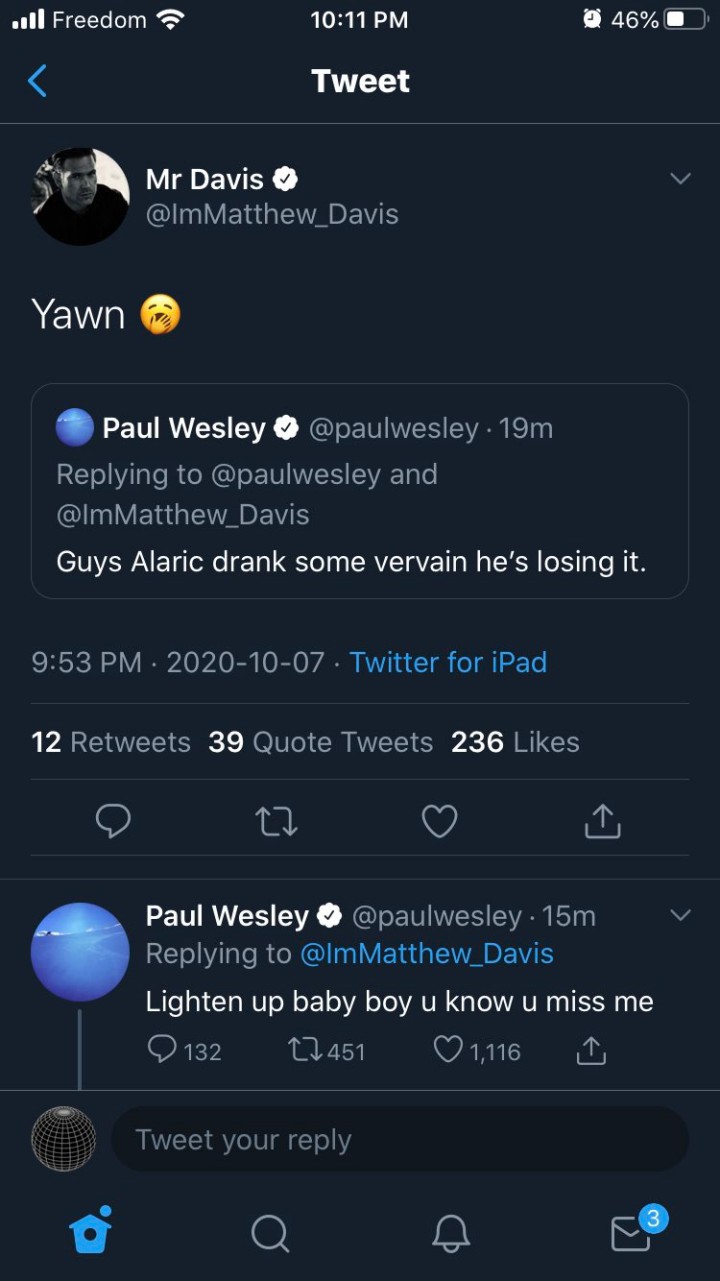 Remaining unbothered, Matthew simply responded with a yawn emoji, to which Paul replied by saying, "Lighten up baby boy you know you miss me." Matthew, however, did not reply back after that.