George Takei, Kevin McHale and Ava DuVernay join the 'Escape at Dannemora' star in criticizing the POTUS while the Trump Organization questions the accuracy of the New York Times' expose.

AceShowbiz - Actress Patricia Arquette is among the outraged stars who have slammed U.S. leader Donald Trump over allegations he only paid $750 (£582) in taxes in 2016 and 2017.

According to an expose published in the New York Times on Sunday (September 27), "Donald J. Trump paid $750 in federal income taxes the year he won the presidency."

"In his first year in the White House, he paid another $750. He had paid no income taxes at all in 10 of the previous 15 years - largely because he reported losing much more money than he made."

While a lawyer for the Trump Organization claimed that "most, if not all, of the facts appear to be inaccurate," stars have flocked to social media to criticize the POTUS. 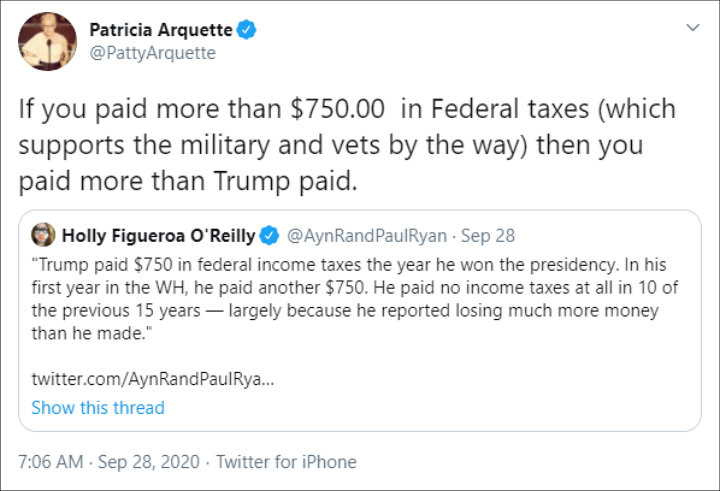 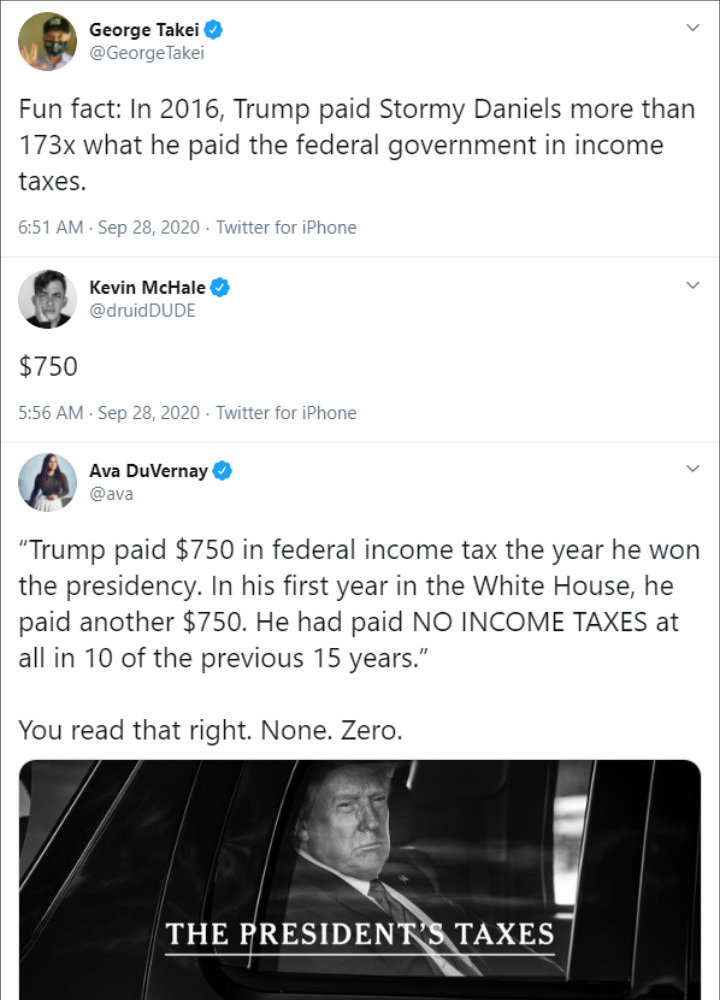 Concentrating on the report that he paid no income tax over a 10-year period, filmmaker Ava DuVernay added, "You read that right. None. Zero."

According to New York Times, Trump also went to great lengths to reduce his tax bill through highly questionable measures, including a $72.9 million tax refund that is subject to an audit by the Internal Revenue Service.

Lil Yachty Denies Being Arrested for Speeding: 'I'm Not In Jail'

Patricia Arquette Recounts Worst Date With Convicted Murderer: He Freaked Me Out