Taking to her Instagram Story on Sunday, September 20, the 'Real Housewives of New York City' star admits her bruises are caused by her recent rhinoplasty and septoplasty.

AceShowbiz - Leah McSweeney has just got under the knife to enhance her look, and she is not shy of being open about it. Having been bombarded with questions about her black eyes, the newest cast member of "The Real Housewives of New York City" made an honest confession that she has indeed had a nose job.

The 38-year-old took to Instagram Story on Sunday, September 20 to address the matter. In a video that saw her under eyes bruising and bandaged nose, she clarified, "People are DMing me like crazy, inquiring why I have black eyes and asking if I got a nose job, asking if I got beat up. I am not trying to hide anything from anybody. I got a rhinoplasty and a septoplasty."

"I could not be happier. I've been wanting one for so freaking long and now I can also breathe which is great," the fashion designer and TV personality continued, before extending her gratitude to her surgeon. "I love my doctor, he's a great guy. He's an amazing doctor. His name is Dr. Daniel Maman."

The Bravo star further explained to her devotees why she never wanted to secretly hide the fact that she had her nose done. "I'm just never going to be one of those b****es that pretends like it's not work, it's contour makeup, because that's f***ing weird," she said. 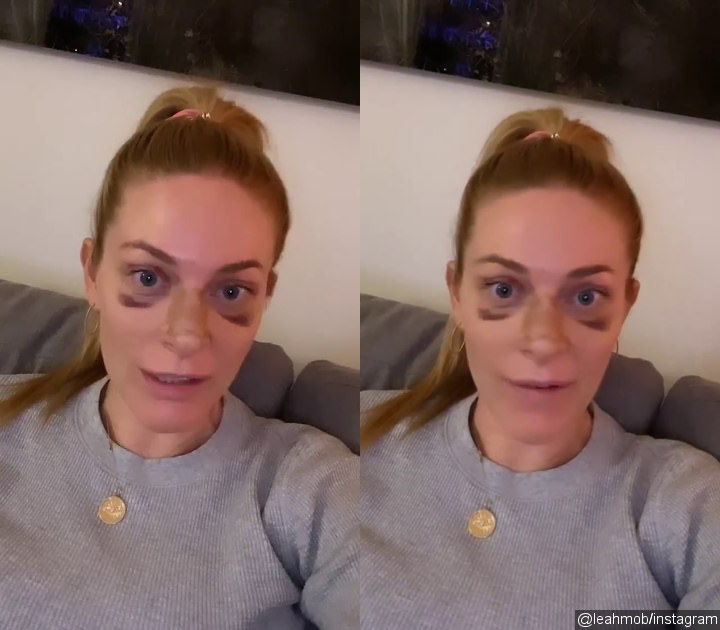 Leah McSweeney revealed that she just had a nose job.

This was not the first time Leah opened up about plastic surgery. In a July episode of "RHONY", the founder of Married to the Rob pointed out, "I will get my titties done. I will get my p**sy done. I will get my whole face done if I want to." She later revealed, "I have only gotten Botox and my lips done."

Meanwhile, Leah has finally confirmed that she will return in the upcoming season of the hit reality series after signing with WME. She announced her comeback via Instagram on Monday, September 21 by noting, "Grateful and excited @wme." She later added in the comment section, "I'm comin back. My work here isn't done yet!"

Bravo, however, has yet to comment on Leah's return.