In the photo that has been making its way round online, a black couple who is wrapped in a cream-colored cloth can be seen kissing while pointing guns at each other's heads.

AceShowbiz - Lena Waithe has been thrown in hot water. Many were not having it after they found a recent photoshoot that the actress and producer did as they pointed out that it was glorifying what was supposed to be a trauma among black people.

In the photo that has been making its way round on the Internet, a black couple could be seen locking lips as they wrapped their bodies in a cream-colored cloth. The picture, which had a picturesque lake scenery in the background, would have looked normal if not for the fact that the couple was pointing their guns at each other's heads. 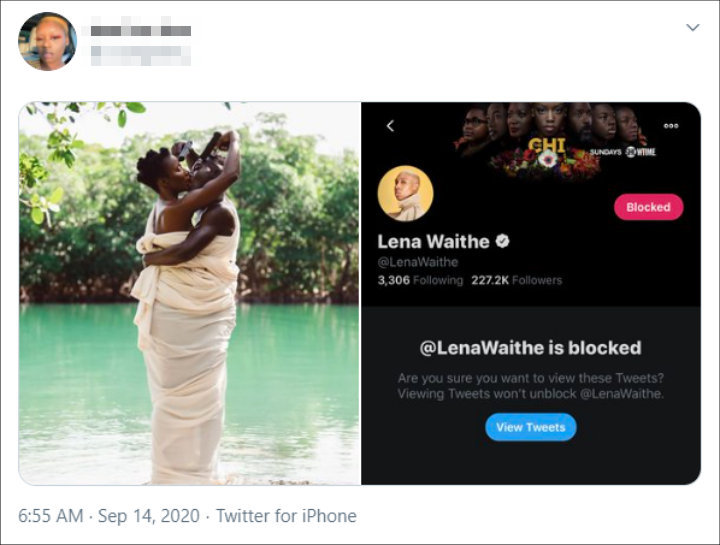 That part of the snap was not received well by many people, who began calling Lena all kinds of insults. For instance, one person decided to simply block "The Chi" star while another had this to say, "lena waithe is so f**king weird its like she thrives off of black trauma ,ew." On the other hand, an individual commented, "This could have been a beautiful hotepy picture without the guns. What are the guns for?"

"Lena is just a strange a** person. This shock factor s**t these creators are trying these days is getting real f**king annoying," another person weighed in. "It's the guns for me bruh... she really thought this was ok?!? IN OUR CURRENT SOCIAL CLIMATE?!?" someone else wrote. Meanwhile, one other said, "Why is it every couple of years people like Lena become the face of black people in entertainment. It's ridiculous."

There was also one online user who chimed in, "There are black elites who have a vested interest in constantly traumatising black people into an inferiority complex because without it, they wouldn't have a job." In the meantime, another said, "LMFAO LENA REALLY BELONGS IN PRISON."