Gabrielle Union: 'Bring It On' Sequel Is 'Absolutely Going to Happen'

The former 'America's Got Talent' judge is confident that the upcoming sequel to her classic cheerleader movie is happening following her online reunion with co-star Kirsten Dunst.

AceShowbiz - Gabrielle Union has delighted "Bring It On" fans by promising that a sequel of the much-loved cheerleading movie is "absolutely going to happen."

The 47-year-old actress starred as Isis in the 2000 film, alongside Kirsten Dunst and Eliza Dushku, with rumours about a follow-up movie circling for the past few years.

But as she appeared on "The Late Late Show with James Corden" earlier this week (end13Sep20), Gabrielle gave the strongest hint that a sequel is in the works, as she told the chat show host, "It's absolutely going to happen, I think because we all got obsessed with Cheer on Netflix. And it kind of brought back the whole love of cheerleading. And we kind of want to see where these people would be 20 years later."

Five direct-to-video sequels were released off the back of the original "Bring It On" movie, with none of the follow-up instalments featuring the original cast.

Gabrielle's remarks come after "Bring It On" writer Jessica Bendinger told CinemaBlend's ReelBlend podcast that she and the film's director Peyton Reed have "really talked about" a follow-up film.

"We really would love to do it. Would the stars align, is everyone available, all that. But yeah, Peyton and I, intermittently over the years, yes. And it goes from the absurd to the sublime with all the variations about where are they now?" she said. 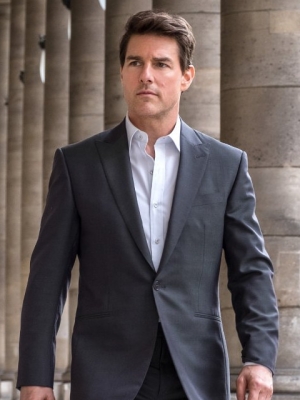