The 'Once Upon a Time in Hollywood' star is spotted boarding a private jet at Paris Charles de Gaulle after allegedly spending four days together with the German model at his Chateau Miraval.

AceShowbiz - Brad Pitt's romantic vacation with his rumored girlfriend Nicole Poturalski is apparently over for now. The actor has been spotted leaving France solo after spending four days together with the German model at his Chateau Miraval.

On Sunday, August 30, the 56-year-old star was pictured boarding a private jet at Paris Charles de Gaulle. Donning a blue button down shirt over a white T-shirt with green pants and white sneakers, he appeared to try to go incognito as he also wore a pink fedora, sunglasses and a face mask. He also carried a brown bag. 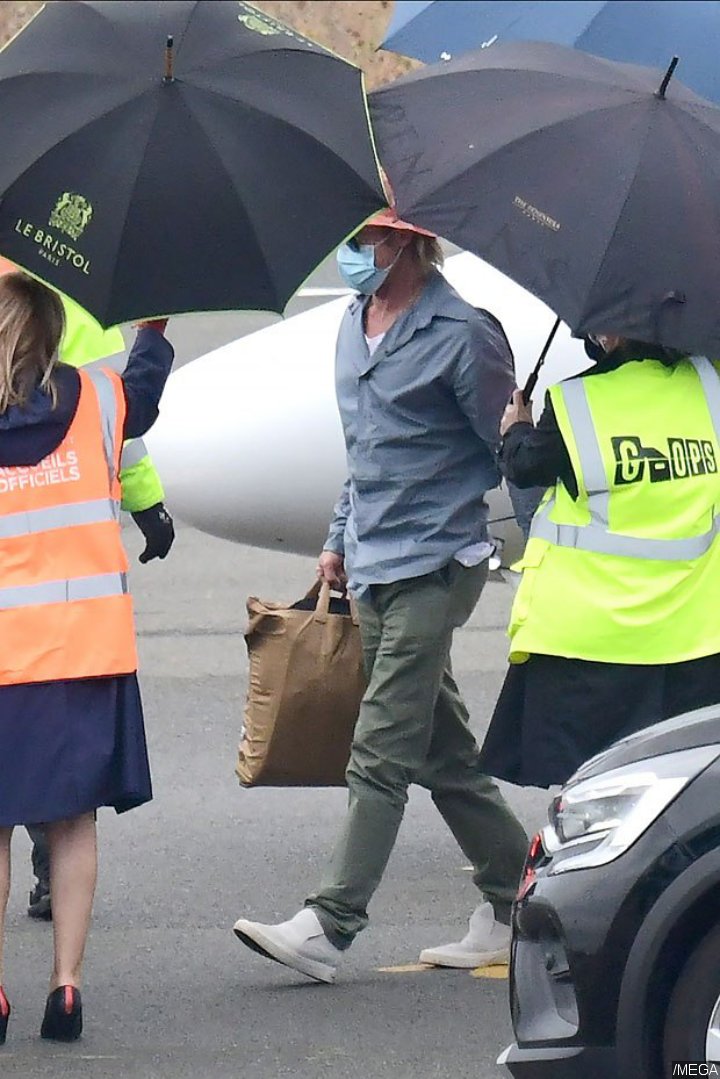 His rumored girlfriend Nicole was nowhere seen with him at the time. Four days before, Brad and the 27-year-old model sparked romance rumors after they were spotted vacationing together in France. The "Moneyball" actor reportedly flew the brunette beauty from Los Angeles to meet up with him in Paris, before they jetted off to the South of France.

A source told In Touch that they two have been "enjoying" their time together. "Not only has Brad fallen for her beauty; Nicole is young, carefree, fun to be around and intelligent," the so-called insider dished. "Brad feels Nicole is a breath of fresh air."

A second source revealed what qualities of Nicole that attracted Brad. "Nicole is mature beyond her years, educated and well-traveled," the insider spilled. "They share a passion for the arts and have a ton in common."

Brad's solo departure from France comes several days after it's reported that Nicole is still married to her 68-year-old husband Roland Mary, with whom she shares a 7-year-old son named Emil. Words are they are in an open marriage.

A source previously told Daily Mail that Brad had become acquainted with Nicole's husband for years before he met Nicole after he first visited his high-class Berlin restaurant Borchardt in 2009. "Brad Pitt has been coming to Borchardt for years. He knows Roland and Nicole was at the restaurant when he came to celebrate his new film," the source claimed. "Brad was introduced to Roland's wife Nicole and she passed him her number."

Brad Pitt to Spend Christmas With Three of His Six Kids