In an Instagram video, the YouTube personality says that 'The Hills' star has 'no business' launching a makeup brand after she sent him a PR package filled with empty products.

AceShowbiz - It looks like James Charles has yet to learn from his mistake. Following Alicia Keys, the social media star has called out Lauren Conrad for launching a new makeup brand after receiving an empty package of the products. However, he later backtracked his comment and issued an apology to the television personality.

James first shared a video on Instagram Stories in which he ridiculed Lauren for sending him a PR package filled with empty products. "I just opened a PR package from a new makeup brand from somebody who has no business having a makeup brand," he said as he showed his followers an empty tube of highlighter. "Stop making makeup brands. Stop! Stop!"

Even though the beauty guru did not name-drop anyone in his video, Lauren later confirmed that it was indeed her that James was talking about. "The Hills" star also attempted to clear the air after the mix-up. "The woman who put together the gifts (it was me) decided to fill a makeup bag full of empty samples to make sure everything would fit inside," she explained.

Lauren continued, "When beauty products arrived and it was time to fill all the makeup bags she (again, me) accidentally included the bag full of empties with the others and it was sent out." She then joked that she'd fire herself due to the mistakes.

Instead of lashing out at Lauren over her careless mistake, people actually came to her defense and blasted James for gatekeeping the beauty industry. Some others also pointed out that he could have just contacted her privately instead of publicly humiliating her.

It apparently prompted James to later return to his own account with a personal apology, as he blamed his bad day over his action. "I've been on the verge of tears all day long from a ton of things going wrong & opening her PR package was the icing on the cake of weird things happening today," he said. "My stories talking about the products were supposed to be funny but they just came across as nasty because I was so upset, not with her, but with other things that happened today." 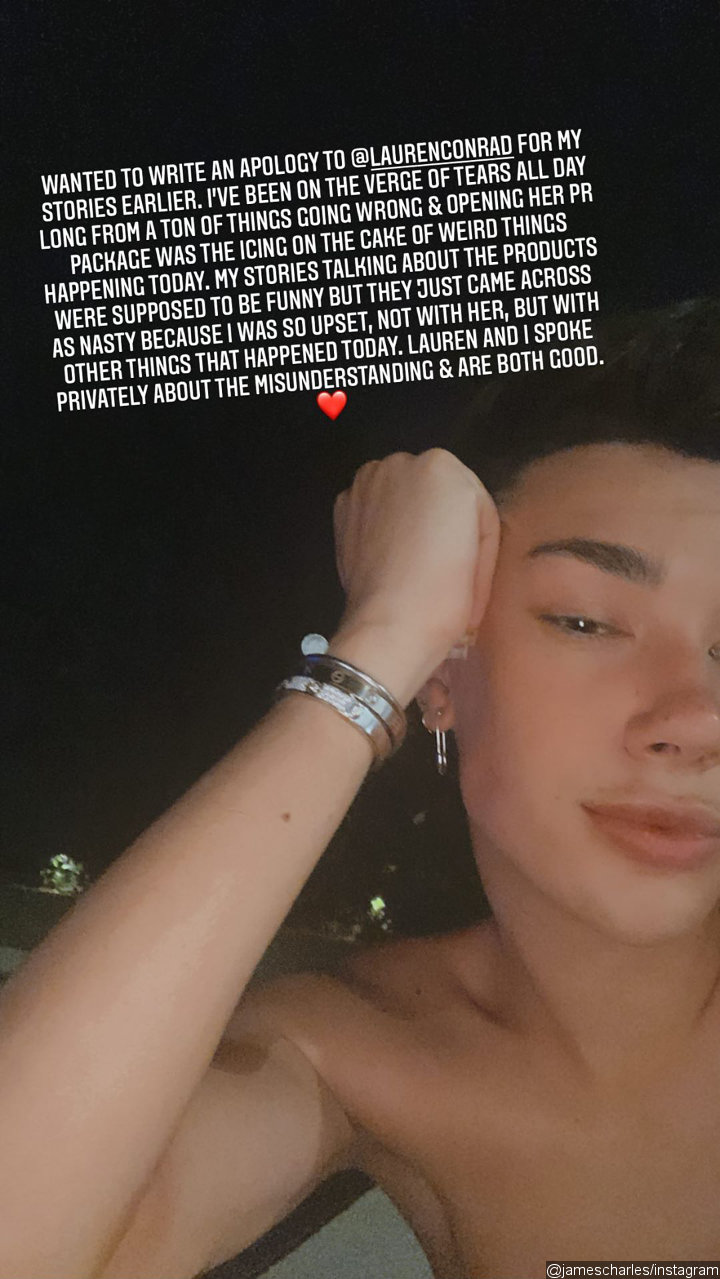 He then revealed that he had spoken with Lauren privately and cleared up their misunderstanding.

James Charles Backs Charli D'Amelio Amid Chef Video Backlash: This Is Not Sitting Right With Me