Rozay and Brianna, who also share two other kids, have been entangled in a legal dispute over the custody of their sons Berkeley and Bullion, after DNA test proves that he's the father of her children.

AceShowbiz - Rick Ross' brood is expanding with the addition of a new offspring. It looks like the rapper's baby Briana Camille has just given birth to their third child together as hinted by her post on Instagram Stories on Friday, August 14.

While there's no official announcement from The Boss yet, his ex and baby mama Briana took to the photo-sharing site to debut their little bundle of joy. Set to the tune of Lauryn Hill's "To Zion" feat. Carlos Santana, the photo shows the newborn baby being wrapped in a white blanket with footprint pattern.

Brianna didn't share other details of the baby, including the name, sex and when she gave birth to the baby. She, however, wrote a heartfelt message over the image, which read, "Nothing is more important than reconnecting with your BLISS. Nothing is as rich. Nothing is more real." 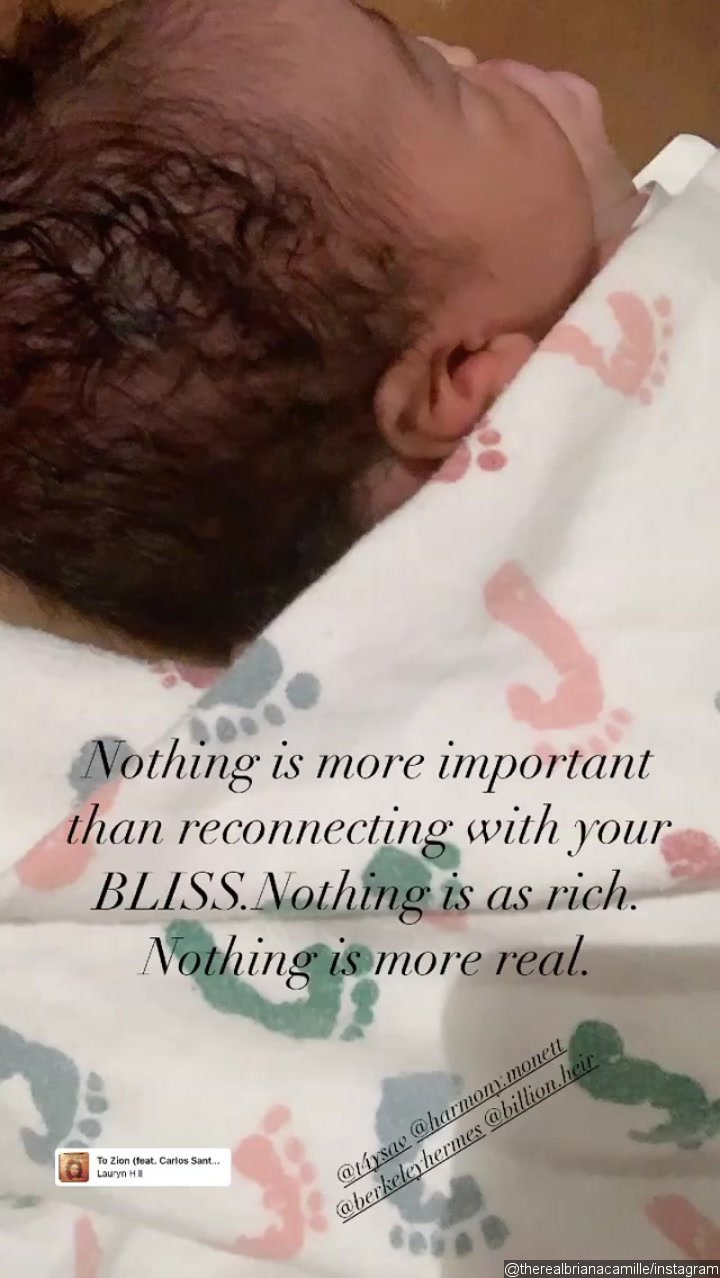 Rozay and Briana share two other kids, three-year-old Berkeley and two-year-old Billion. Reports emerged of the former couple expecting their third child together in May, while he has been dating Dejroune a.k.a. "Dej".

More ironically, Rozay and Briana have been entangled in a legal battle over the custody of their two younger children. Earlier this year, Briana sued the hip-hop mogul for paternity and child support, including prenatal care and over $5,000 in medical bills. After DNA test proved that he's indeed the father of her children, she requested immediate temporary child support.

He added in the video, "She took it, and I's the daddy, and I's the papi." The 44-year-old wrote over the video, "Took it months after you request," and called Briana his "surrogate" in the caption as writing, "Eyez dat baby papi!! My surrogate always delivers!!! Big Thank you #Fatgirl."

Rozay also has two other children, Toie Roberts and William Roberts III, whom he shares with two different women.

'Signed' Contestants Weigh In on Rick Ross Being Accused of Colorism