The 'GOOBA' rapper is pictured enjoying ice cream and taking pictures with fans as he brags on Instagram Live that he hasn't met haters outside because they only exist online.

AceShowbiz - Tekashi69 a.k.a. 6ix9ine is wasting no time to enjoy his new-found freedom. After his house arrested officially ended on Saturday, August 1, the rapper has been pictured outside and roaming the streets of New York City over the weekend.

On Sunday, the "TROLLZ" spitter was spotted taking a a stroll through Midtown Manhattan and treating himself to ice cream. Joined by his security team, he walked along East 47th Street for several blocks, stopping at points to pose for selfies with fans. 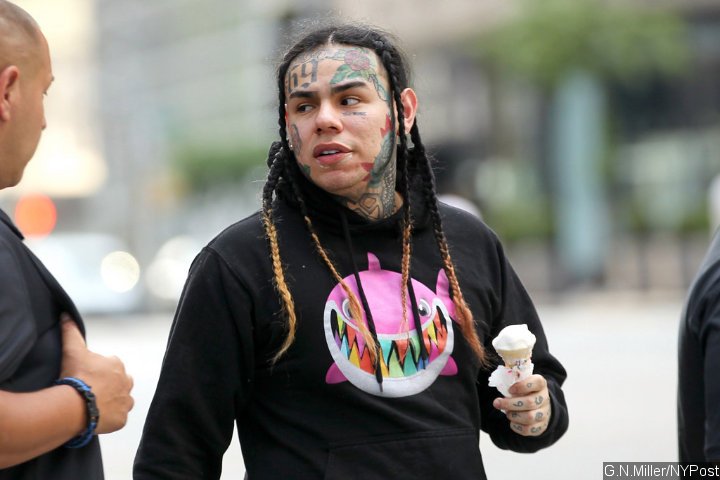 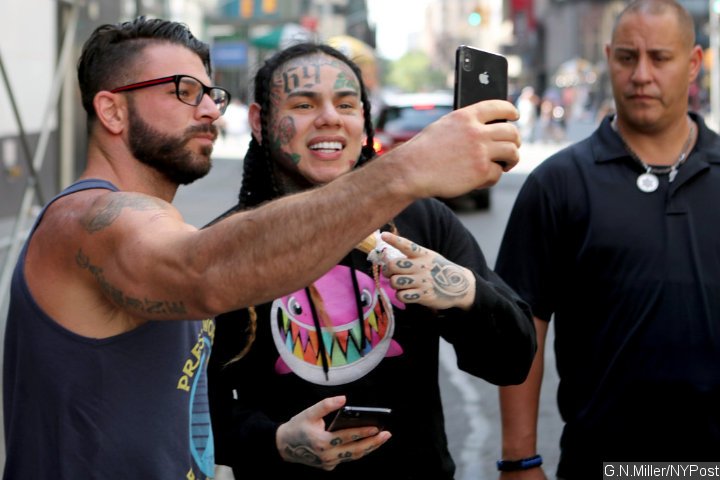 The New York City native took a picture with a fan on the street.

He also went on Instagram Live during the walk that afternoon, stating that he'd make sure he's covered when it comes to his security. He didn't bother to go incognito despite his lawyer's fear about potential security threats from his former gang members, whom he snitched on to get reduced sentence in his own racketeering case.

Just days before his release, his lawyer Lance Lazzaro said he and his team had asked the star's probation officer to let him do his time at a highly secured facility, like a VA hospital or educational institution of some kind, to ensure his safety. He has 300 hours of community service to complete as part of his plea deal.

6ix9ine, however, doesn't seem to have the same concern as his lawyer's. Speaking with his best friend DJ Akademiks on Instagram Live on Sunday, he bragged that he hasn't met any haters outside because he claimed they only exist online.

During his time outside, 6ix9ine also filmed a new music video. Wearing what appeared to be a white mask which was put around his neck instead of covering his nose and mouth, he was spotted lying on the hood of a blue sports car while filming crew took his video. He was also seen being surrounded by a crowd and taking pictures with some of his fans.

6ix9ine additionally marked his release from home confinement with the release of a music video for his song "PUNANI" on Sunday.