Just weeks after she confirmed her separation from the retired ice hockey player, the former 'Dancing with the Stars' champion is joined by her estranged husband to celebrate her 32nd birthday.

AceShowbiz - Dancer and actress Julianne Hough enjoyed a weekend reunion with her estranged husband Brooks Laich as she continued her birthday celebrations with a pool party.

The "Rock of Ages" star turned 32 on 20 July, but was treated to a belated surprise bash on Saturday (July 25) as she was joined by a few loved ones for fun times in the swimming pool.

Despite its break-up, the pair was all smiles in snaps posted on social media by both Hough and Dobrev.

Dobrev also shared a slow-motion video clip showing Hough pulling off a dive over Laich's head, as he sat in the pool.

"Now that's how you stick a landing," she wrote beside the post. 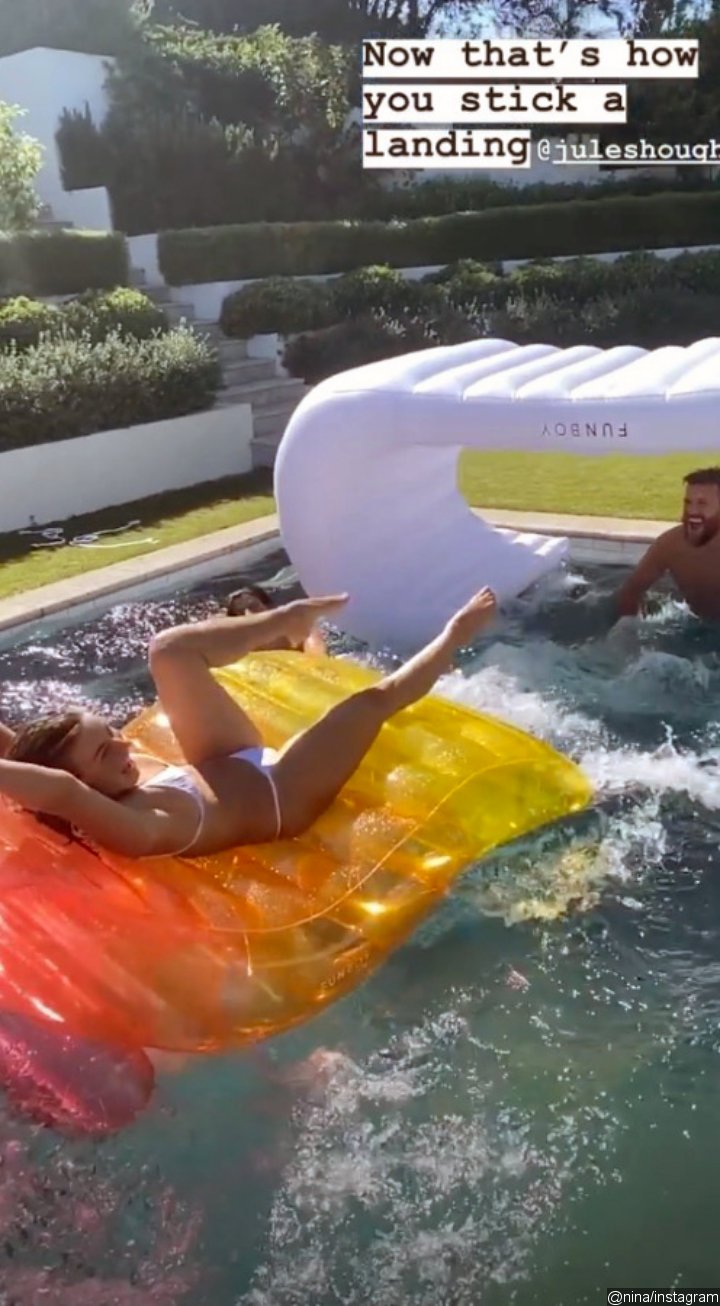 Julianne Hough pulled off a dive over Brooks Laich's head at her birthday pool party.

Hough and Laich have yet to comment on the nature of their get-together, but at the time of their split announcement in May, they released a joint statement, which read, "We have lovingly and carefully taken the time we have needed to arrive at our decision to separate."

"We share an abundance of love and respect for one another and will continue to lead with our hearts from that place. We kindly request your compassion and respect for our privacy moving forward."