Golf Wang, the 'Earfquake' rapper's avant-garde flagship store located in the Fairfax District, was one of many shops vandalized when people continued to protest the death of George Floyd.

AceShowbiz - Tyler, the Creator wants people to focus on what is really important. News footage showed that his Los Angeles store was one of many vandalized during the Sunday, May 31 demonstrations that broke out across the country to protest the death of George Floyd, but the "Earfquake" rapper did not let himself be bothered by it.

Making use of his Golf Wang's official Instagram account, the 29-year-old rhymer initially posted a photo of the 1960s Black Panther Part. "BLACK FURY: keep your eyes wide and educate yourself," he wrote. While he did not address the damage done to the store in the caption, he later added an update in the comment section.

"And the store is fine, but even if it wasn't, this is bigger than getting some glass fixed and buffing spray paint off, understand what really needs to be fixed out here," the Odd Future Wolf Gang Kill Them All co-founder assured fans about his clothing shop that is located in the Fairfax District. He further added, "Stay safe, love."

Though Tyler made light of the damage, some of his fans expressed their anger online. "PROTESTERS AT THE GOLF STORE, Hopefully they realize this is a store ran by a black artist. Either way, the store can be rebuilt but the lives of those lost cannot," one wrote. Another shared similar sentiment by writing, "They done fucked up the GOLF store. Tyler supports them tho. Easily replaceable, a life's just not." 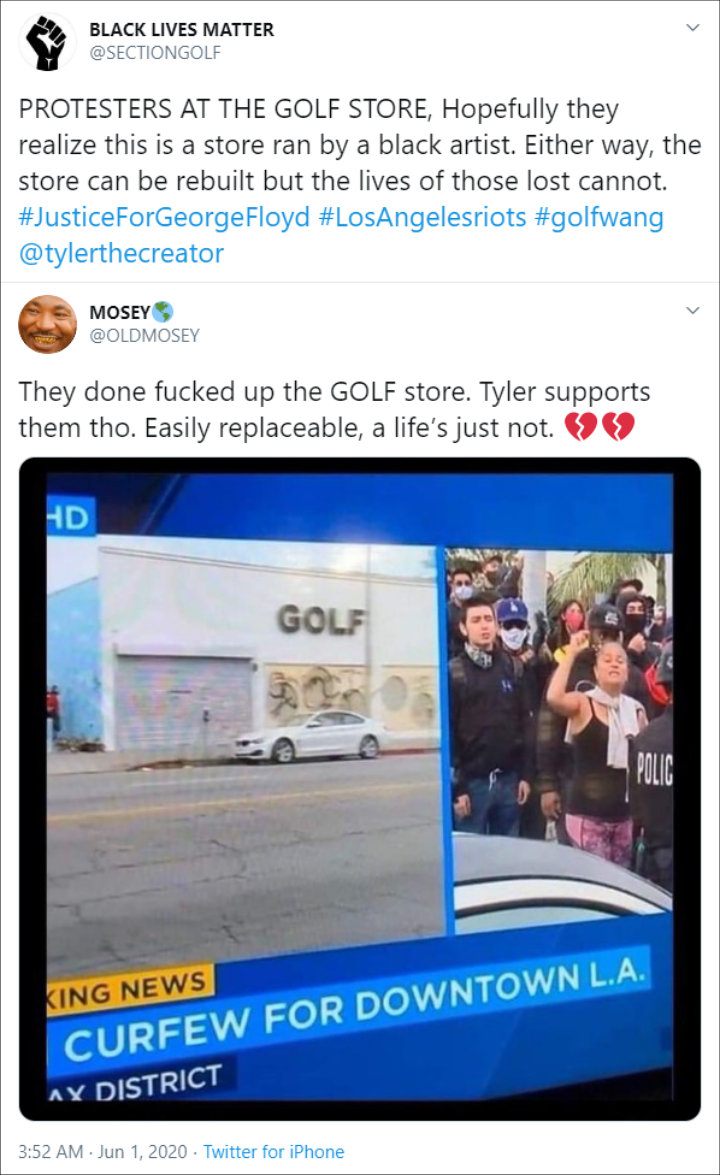 Tyler, the Creator's fans angered by damage done to his Los Angeles store during protests.

On Sunday, Tyler himself was also seen joining the Los Angeles protest alongside Odd Future member Jasper Dolphin. He additionally voiced his support to those taking to the streets for the Black Lives Matter movement. Posting a photo of demonstrators on his Twitter account, he wrote, "beeee safe out huur." 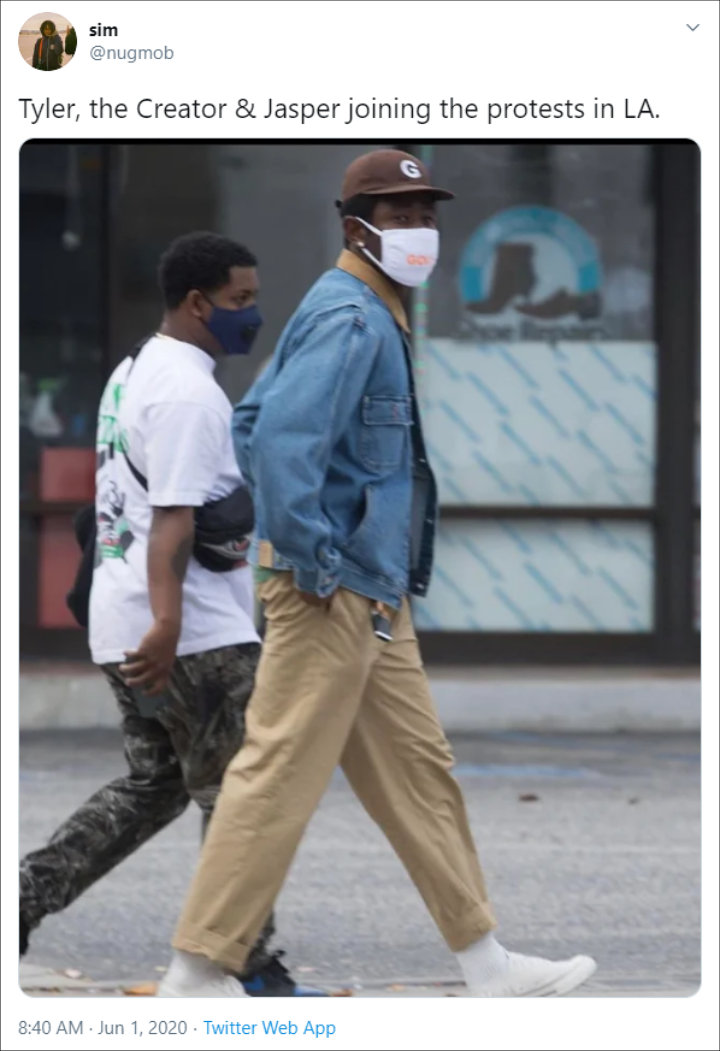 Days after Floyd was killed at the hands of a white Minneapolis police officer during arrest, call for justice protests spread like wildfire across the country. Many celebrities have also taken part in the demonstrations. Halsey was spotted in the Los Angeles demonstration, Kendrick Sampson got beaten by police baton, and couple Camila Cabello and Shawn Mendes hit the street of Miami, Florida.