During another Q&A session, the reality star addresses the recent wipe-out of his photos from his fiancee's Instagram, admitting that they 'have been through some difficult times.'

AceShowbiz - Corey Rathgeber's relationship with Evelin Villegas might have hit a rocky patch, but he still has her back. Over a week after his fiancee deleted all of his photos from her Instagram account, the cast member of "90 Day Fiance" issued a public warning to haters who left nasty comments about her on his account.

In back-to-back posts on Instagram Story, the 33-year-old first threatened to block anyone trashing his 28-year-old partner. "Anyone who disrespects my beautiful fiance and says nasty comments about her on my page will be blocked," he wrote. "I want my page filled with nice positive energy! Everyone you have been warned!" 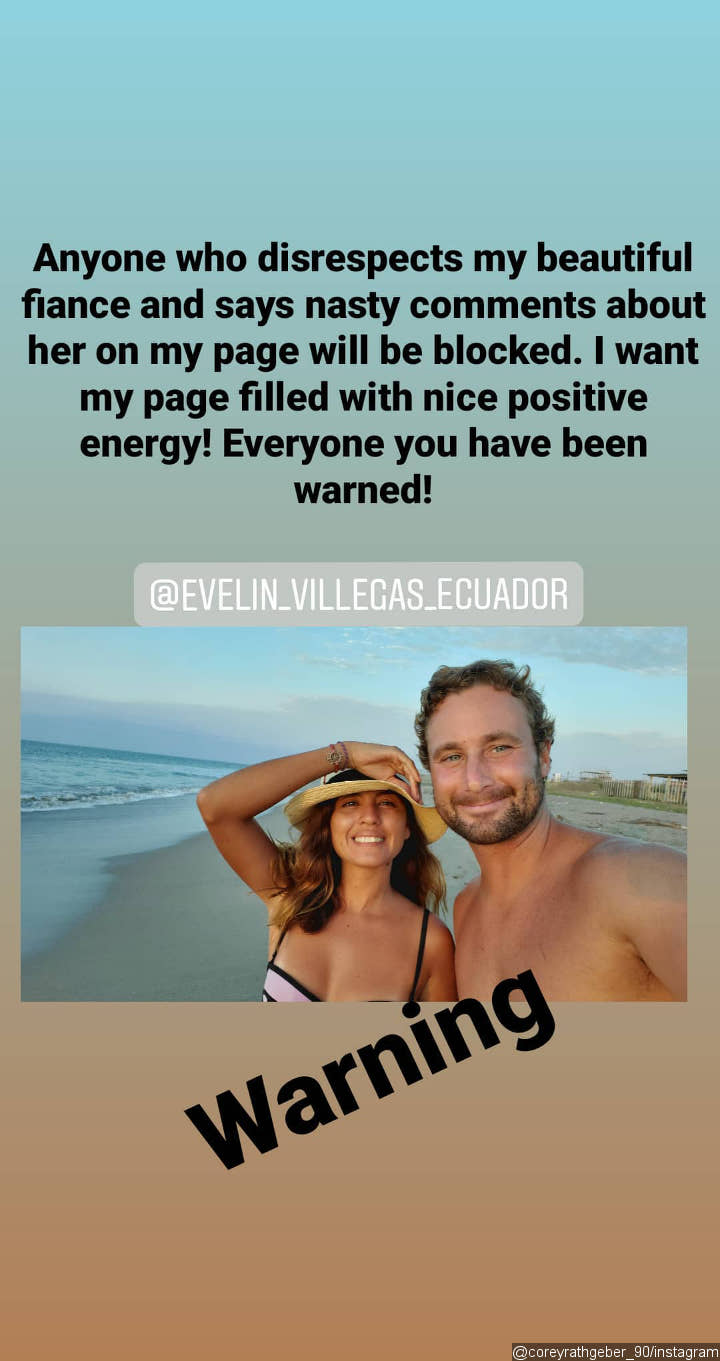 The TV personality went on reasoning, "Not only is it disrespectful to Evelin, but its disrespectful and hurtful to me as well." He concluded his post by stating, "Please be nice and keep your mean & trashy comments to yourself. Thank you." 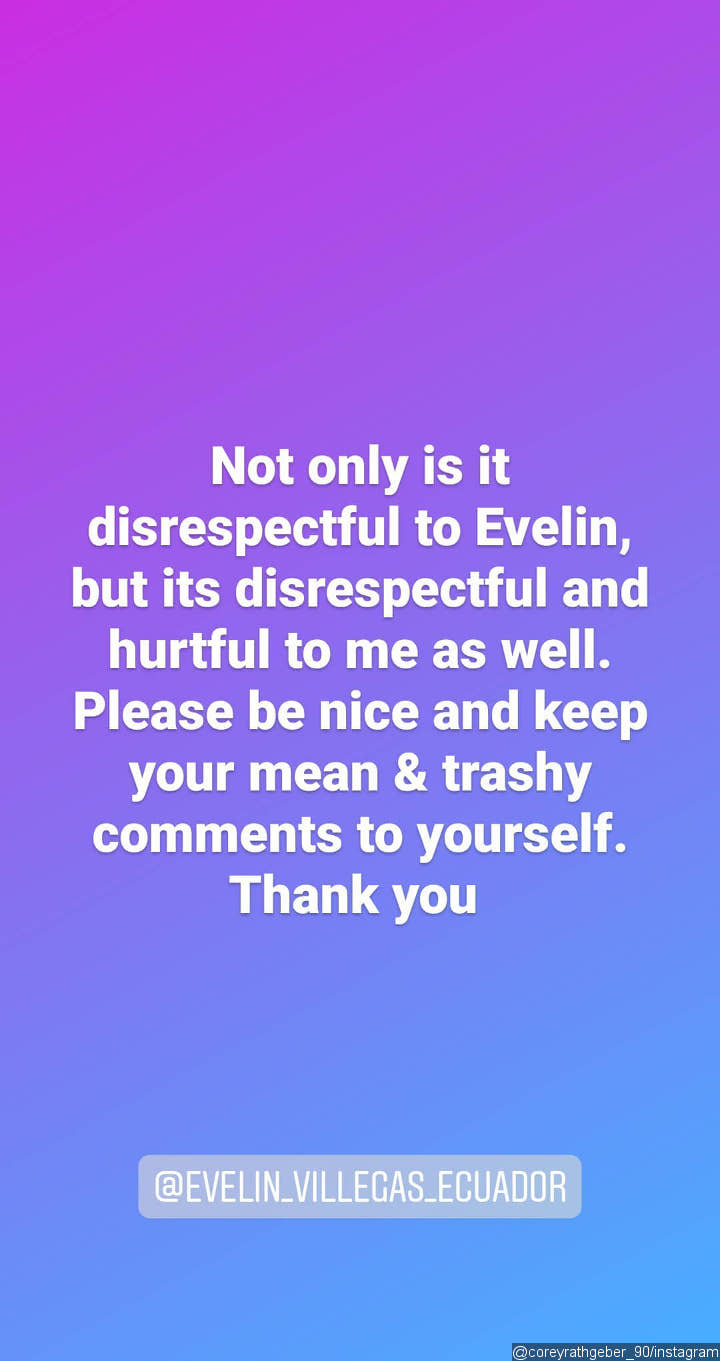 Corey Rathgeber advised trolls to keep their trashy comments to themselves

Prior to sending the warning, Rathgeber addressed his current situation with Villegas. During Q&A session on Instagram Story, he was asked if he and Villegas have gotten married considering that she appeared to hint at their break-up. "She recently deleted everything," he responded. "We have been through some difficult times."

Though so, Rathgeber remained positive about their future together. "Just hoping everything gets better," he continued explaining. "Not married yet, but soon [smiley face emoji] [crossed fingers emoji]."

When asked by another fan if he has any plan to make his relocation to Villegas' hometown of Engabao, Ecuador permanent, the Mill A, Washington native simply pointed out, "It all depends on how my relationship goes and if I can get residency."

Rathgeber and Villegas made their first TV appearance in season 1 of "90 Day Fiance: The Other Way", which followed his journey moving abroad to be with her. The two got engaged in the season finale, and have since appeared on "90 Day Fiance: What Now?". In the May 4 episode of "What Now?", he gave her an ultimatum since she seemed to get cold feet about marrying him.

"I don't want to tell you this but I'm gonna tell you this. You always are kind of in control but I want to stand up for myself a little bit here. I really do," he was seen telling her. "If you walk out of the wedding, I'm walking out of this relationship and I mean that."

Days afterward, Rathgeber posted a cryptic birthday message for his fiancee. "Happy Birthday beautiful! And happy official 6 year Anniversary! Feliz cumpleanos!!! I truly will always love you with all my heart no matter what happens between us," he wrote. "Whether we are together or decide to separate. The 6 years we have spent together I would never take back! Thanks for all that you do! I love you and always will."