The 58-year-old TV personality, who used to serve as co-host on the morning talk show before abruptly exiting in 2007, notes that the show has 'been dumbed-down a lot.'

AceShowbiz - Rosie O'Donnell has a lot to say when it comes to "The View". The former co-host of the morning talk show reveals in a new interview that the show has changed drastically, noting that it has been too politically correct than it used to be.

"I don't watch it anymore because it upsets me, and because I think it's been dumbed-down a lot," she explained. She went on saying, "Everyone seems to think they have their two-minute sound bite and they want to get everything in but in the old days, 'The View' had much more of a real conversation happening live, and it doesn't feel like that's happening anymore."

The 58-year-old also recalled that when she returned to the show in 2014 following her 2007 departure, it stopped her from discussing the sexual assault accusations against Bill Cosby. "They didn't let us talk about [it]. I was overtly told, 'We are not discussing it, Rosie.' One of the hosts told me that," she shared.

Rosie joined "The View" in 2006 before abruptly exiting the show following an explosive fight with then co-host Elisabeth Hasselbeck about the Iraq war.

In related news, "The Rosie O'Donnell Show" host addressed her feud with President Donald Trump. "I said some things about him -- not nearly as bad as I could have said ... but I just talked about him not being a self-made man, having money from his father, and saying he went bankrupt -- and it made him go berserk," she told The Daily Beast this week. "He went on a tirade for a good decade that hasn't ended today."

"I think he can't let go of a strong woman standing up to him. He won't let it die," she added.

'The View': Joy Behar Tells Meghan McCain She 'Did Not Miss' Her During Heated Argument 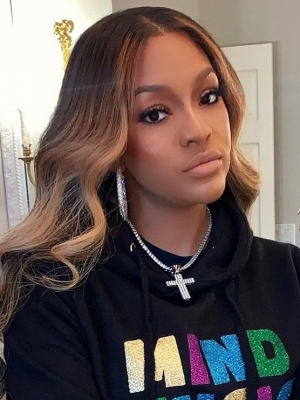