Stevie Nicks reveals that she has been hard at work during the coronavirus lockdown developing a big-screen project based on her band's 1975 hit single.

AceShowbiz - Stevie Nicks has kept her 2020 schedule free so she can work on a movie inspired by her 1975 Fleetwood Mac hit "Rhiannon".

The star opened up in a chat with Rolling Stone about life in lockdown and confessed she's not finding it as tough as other artists because she'd already planned to take a year off touring.

"Last year I made a pitch to everybody that when this Fleetwood Mac tour is over, I'm taking next year off because I want to work on my Rhiannon book/movie," she explained, with her new project based on the original Welsh Mabinogion myths that inspired her song. "And I want to maybe work with some different producers… I don't know what I want to do! I just know that I don't want a tour!"

While the "Stand Back" star hasn't been able to meet with producers, she's been recording music for the project based on a collection of poetry she's amassed over the last 30 years.

"I have some Rhiannon poetry that I have written over the last 30 years that I've kept very quiet," she teased. "I'm thinking, 'Well here I have all this time and I have a recording setup.' And I'm thinking I'm going to start doing some recording. I'm going to start putting some of these really beautiful poems to music, and I have the ability to record them. So that's on my to-do list."

Explaining she's trying to make the most of the enforced downtime, the star insisted, "What all we have right now, if you're home in quarantine, is time, unless you're taking care of kids. So, really, you could do anything you wanted that you've been wanting to do your whole life. So that's how I'm trying to look at it." 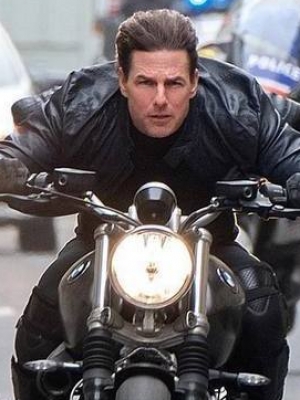