Having been active in advocating for a reassessment of the current criminal justice system, the 'Keeping Up with the Kardashians' star believes Kevin has made such a strong case of innocence.

Kevin was convicted in connection with a triple murder, but the trial was marred with procedural issues and, in 2010, less than two weeks before the day he was sentenced to die, then Ohio Governor Ted Strickland commuted Keith's sentence to life imprisonment.

Earlier this month, the "Keeping Up with the Kardashians" star, 39, took to Twitter to implore authorities to release the man from jail amid the coronavirus pandemic, and she's since taken to social media insisting the authorities correct their mistake.

"The police rushed to judgment when they arrested Kevin," she wrote. "This innocent man went from living freely to having his world upended by a murder trial to death row in under 4 months. That's more than enough injustice for one person. OH needs to correct its mistake before it's too late." 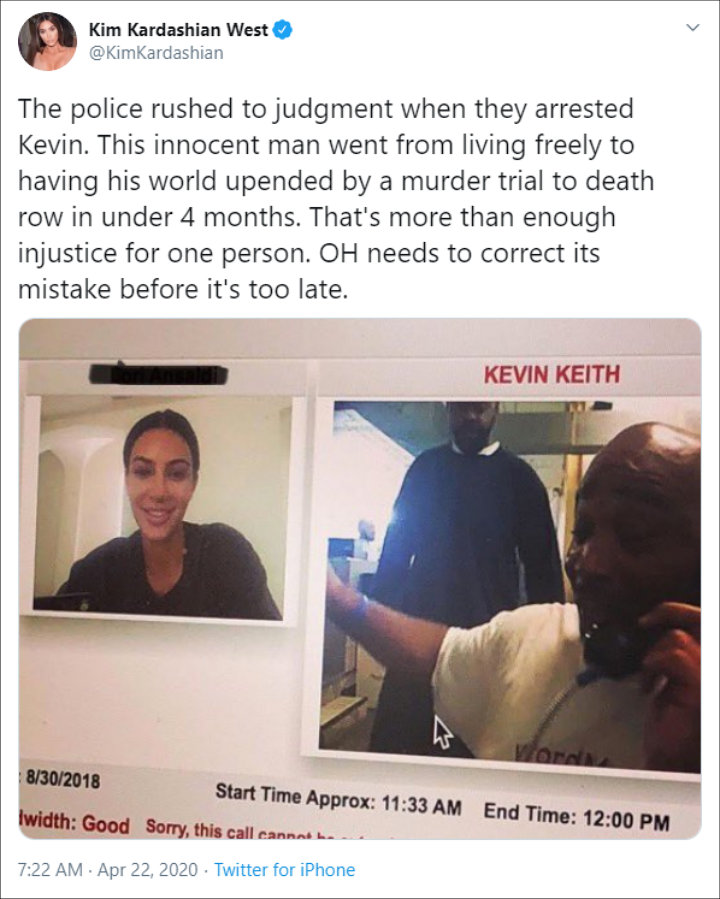 Kim has been active in advocating for a reassessment of the current criminal justice system in the U.S., and she successfully lobbied President Donald Trump to pardon grandmother Alice Marie Johnson, who was serving a life sentence without parole for a non-violent drug offence.

Explaining why Kevin should receive similar treatment, she added, "Kevin Keith has made such a strong case of innocence that the courts agreed to re-open his case."

"Now while he waits for a final ruling, he's trapped inside a prison where at least one officer has Covid-19. Please don't delay justice any longer." 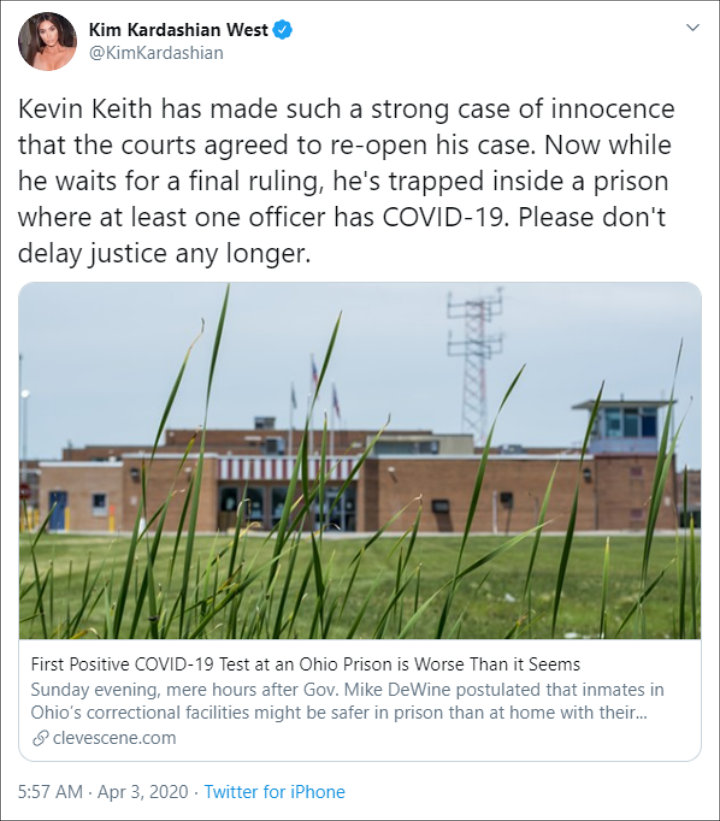 Kim and Kevin first crossed paths last July, with the star gushing she was "so impressed (with) the amazing programs he created in prison to help others inside better themselves".