The one-third of Migos shares the heartbreaking news just days after his wife, Cardi B, put Donald Trump on a blast over how he deals with COVID-19 during Instagram Live session with Bernie Sanders.

AceShowbiz - Coronavirus has claimed the life of Offset's family member. On Sunday, April 19, the one-third of Migos announced the death of his great uncle as he asked prayer for his family.

Taking to his Instagram Story handle, the 28-year-old shared the heartbreaking news with his fans. In one of his posts over the matter, he wrote, "Smfh this corona s**t done killed my great uncle." Alongside a tear-face emoji, he added, "Rip uncle Jerry damn man."

In another Story, the rapper husband of Cardi B posted a photo of a stiched-on cross from a green camouflage jacket. Along with it, he pleaded, "Pray for my family." He, however, did not offer further details of his uncle Jerry's passing. 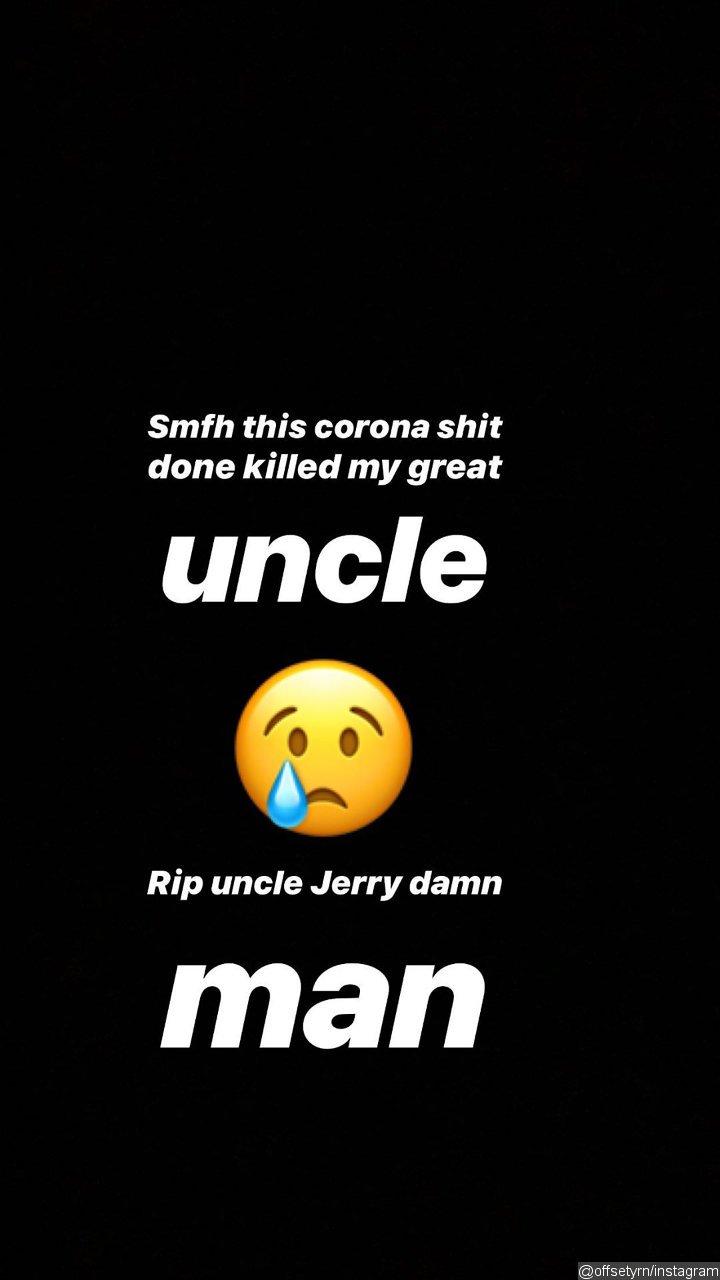 Offset announced the passing of his great uncle.
See also... 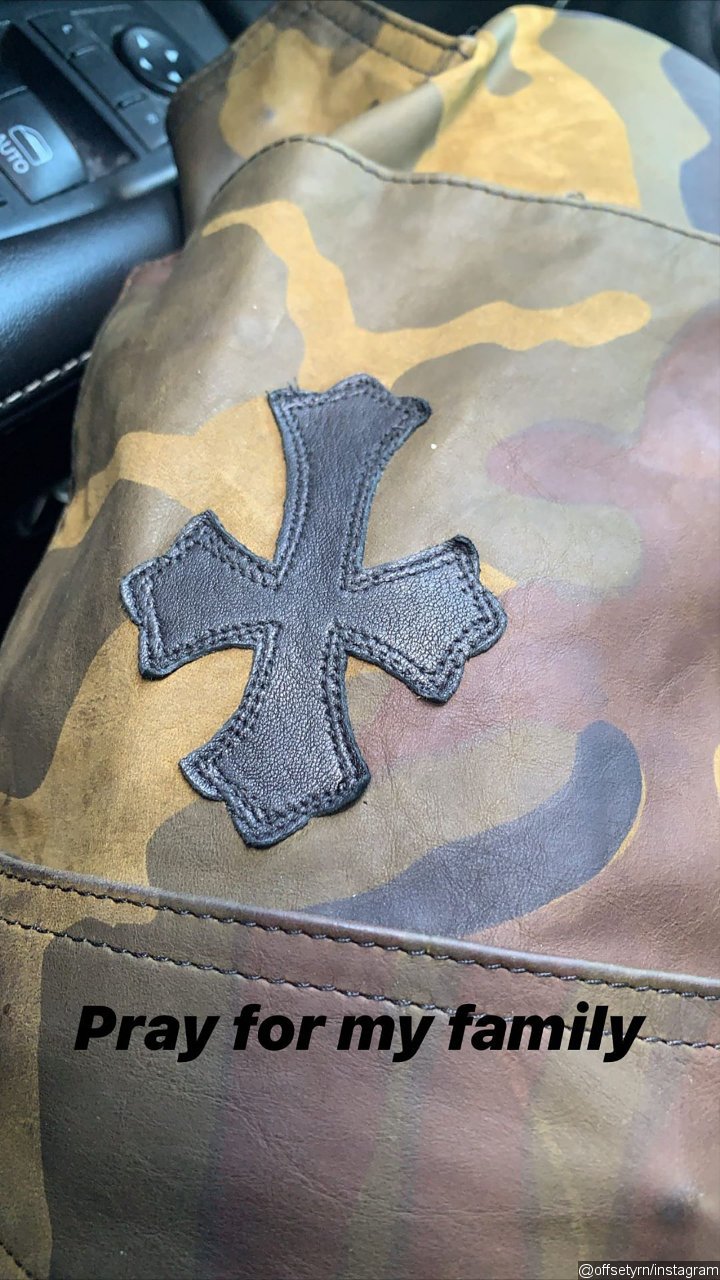 The husband of Cardi B asked for prayer for his family.

The passing of the "Ghostface Killers" rapper's great uncle came just days after his wife ranted over Donald Trump's inability to manage the country during coronavirus crisis. "Even right now people that are in jail, they are not being protected as good as they should with this coronavirus," she told former presidential candidate Bernie Sanders in a surprise Instagram Live session.

"There were so many chances that he had when interviewers asked him questions. He could have answered with the right answer so people would be like, 'Ok, he actually cares.' And instead of him giving a right answer, he just shushed them up and just degrades them," Cardi claimed, adding that the 45th President needed to "apologize for messing up and do a better job for the people."