On Wednesday, April 15, the 48-year-old ex-athlete posted on his Instagram Story handle a series of selfies which also captured Kortnie working out behind him. In one of the photos, his new girlfriend whom he deemed as his "quarantined workout partner" could be seen stretching out on the floor of the gym.

In another post, Jim wrote over a picture of them posing in front of a mirror, "Clearly @kortnieoc is not always taking it serious." He added a "stay at home" sticker on the particular Story. The third post saw Jim, who is recovering from conoravirus, grinning at the camera while his partner held up weights behind him. 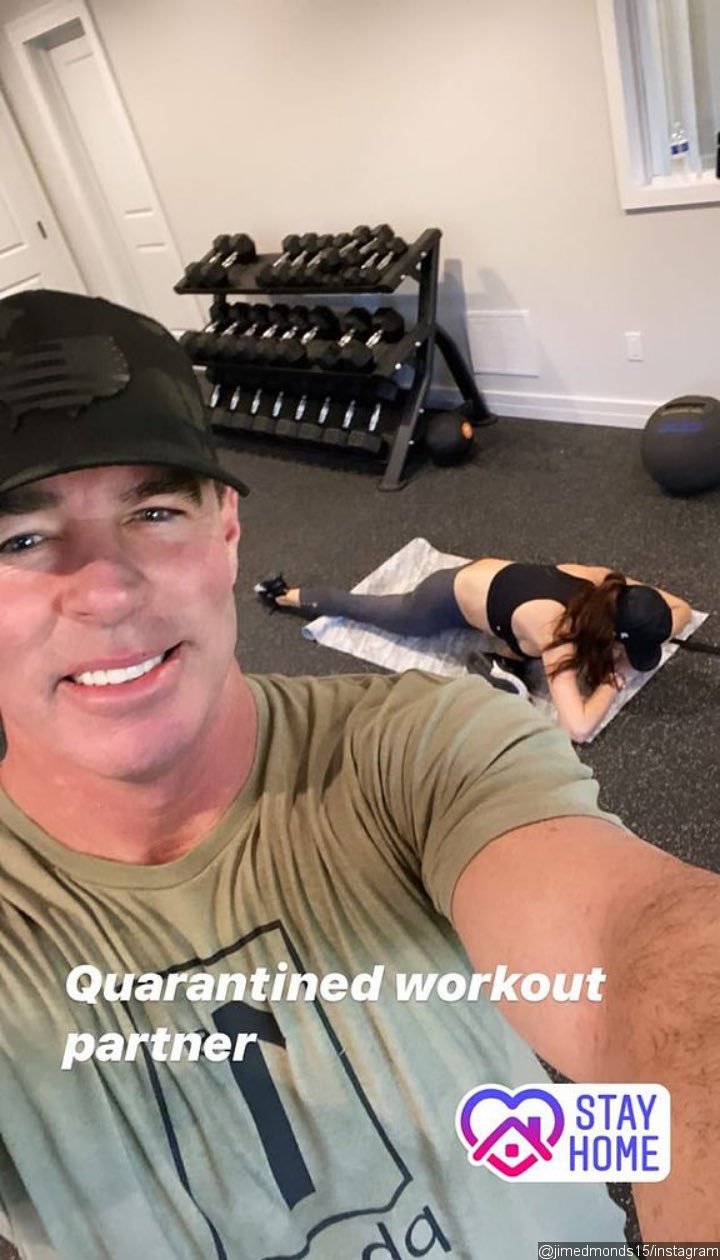 One day after making his romance with his new flame Instagram official, Jim's representative, Steve Honig, told Page Six that "Jim and Kortnie are in a relationship." His rep further explained, "They have been quarantined together for the past few weeks and, like everyone else, are trying to stay safe and healthy." 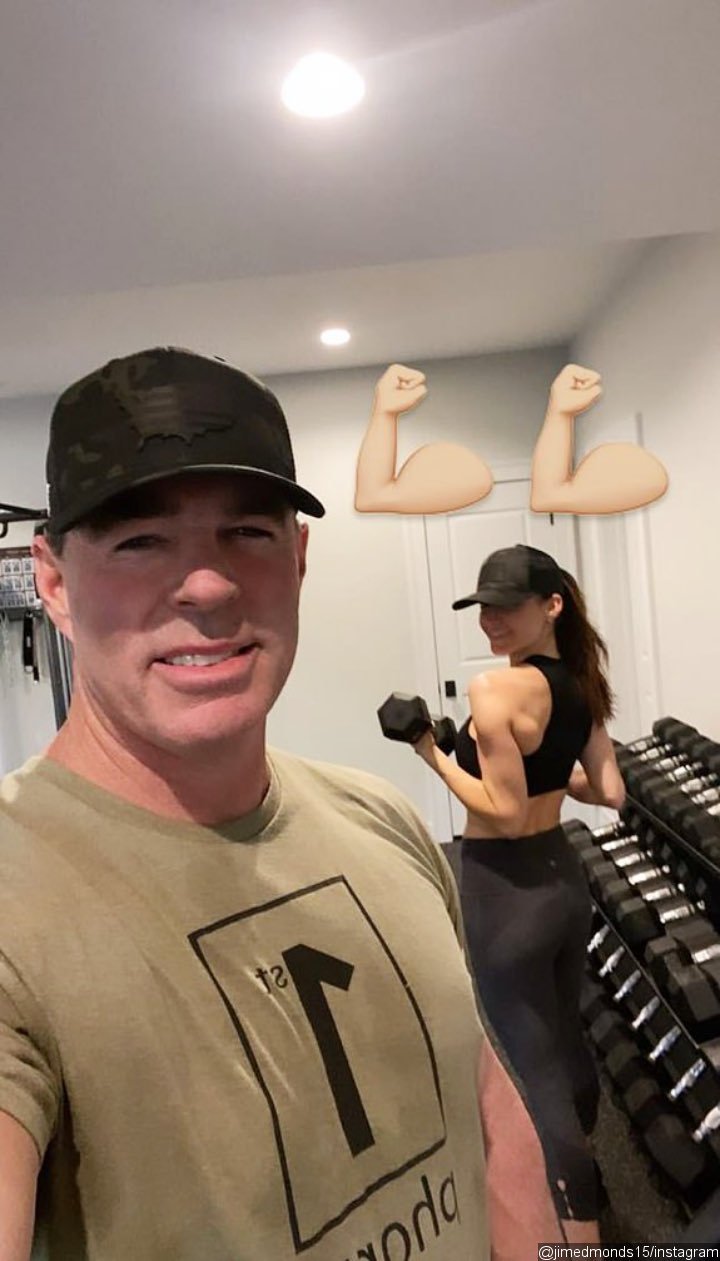 The former athlete showed off his new romance. 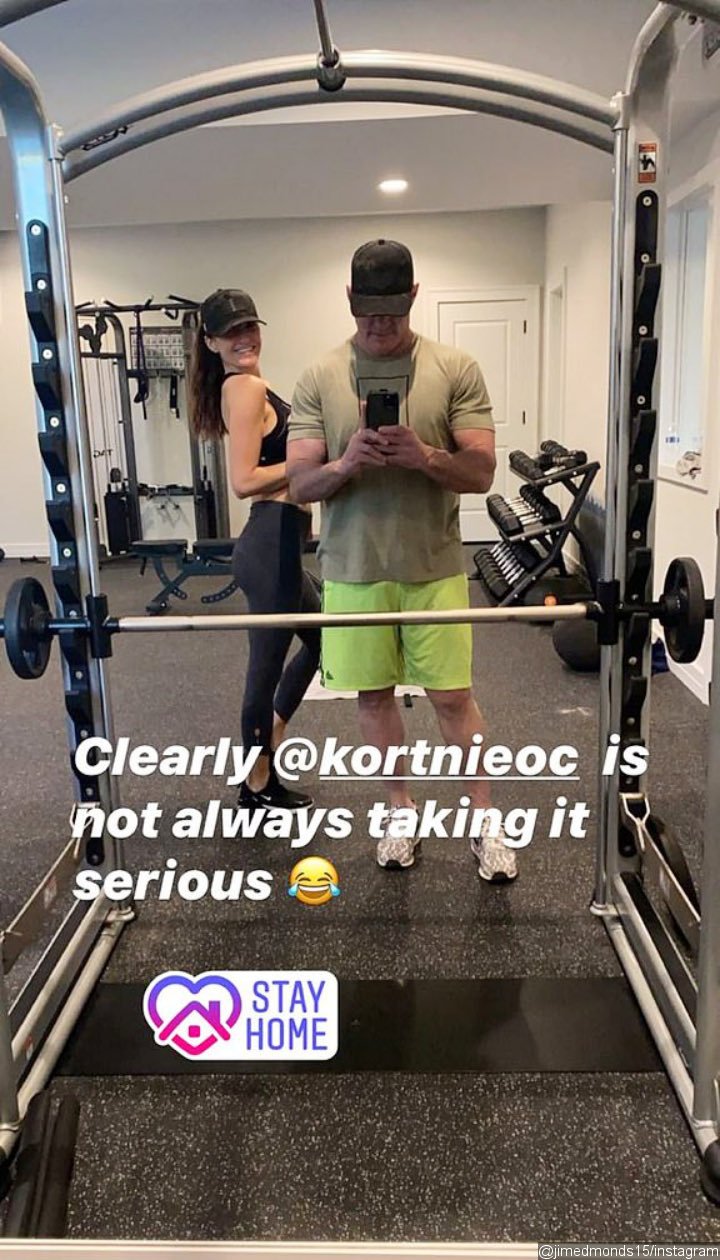 The new couple posed together.

At the time, Jim shot down Meghan's claims. "I am tired of the lies for publicity. I filed for divorce over 90 days ago. Meghan has filed as well. The marriage is and has been over," he stated, before adding, "As far as threesomes go, there were a more than few initiated by Meghan and only Meghan. Recently, I have learned that she carried on with a few of these women without me being present."

Jim and Meghan married back in October 2014. Together, they have a 3-year-old daughter, Aspen, and a set of 2-year-old twin boys, Hayes and Hart. He filed for divorce from her in October 2019.

Jim Edmonds Tests Positive for Coronavirus, Doesn't Take It Lightly Despite Being 'Symptom-Free'