Melanie Brown reveals in a new TV interview that the singer-turned-fashion designer used to be left out by their bandmates back during the Spice Girls heyday.

AceShowbiz - Victoria Beckham had her own room when the Spice Girls lived together as "nobody wanted to share with her," according to Mel B.

During an appearance on U.K. TV show "All Round to Mrs Brown's Boys", which airs Saturday, April 4, 2020, the "Wannabe" singer admitted she and the other group members used to leave Victoria out.

"We lived ­together and I shared with Mel C and Geri (Horner), and Emma (Bunton) shared a room and Victoria had her own room," she said. "I just don't think anybody ­wanted to share with her!"

The 44-year-old singer (Melanie Brown) went on to insist she's still hopeful Victoria Adams will change her mind and reunite with the girls in the future, after sitting out on their Spice World - 2019 Tour last year.

"If we ever do it again I hope she' join as we started off together," Mel added, before revealing she's desperate to get out on the road again with her pals.

"I really hope so! We had the best time last year. The shows were incredible. People came from the U.S. - all over the world," she gushed. "Us girls, we still talk. We have our phones. We talk about opportunities."

She concluded, "I like to think in the future there will definitely be more Spice shows." 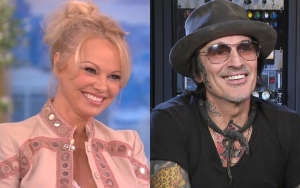