The Barry Allen depicter remembers the teen actor for his impressive talent and professionalism, while John Wesley Shipp tweets he's 'heartsick' to learn of Logan's passing.

AceShowbiz - A young, talented actor has gone too soon. Logan Williams, who had portrayed young Barry Allen on The CW's "The Flash" series, has unexpectedly died at 16 years old, his mother Marlyse Williams has confirmed to British Columbia-based publication The Tri-City News.

The teen actor, who also starred on "When Calls the Heart", passed away suddenly on Friday, April 3. His mother said her family is "absolutely devastated" by the death. She said the coronavirus crisis has made it difficult for her family to grieve together. "I am not able to hug my parents who lost their only grandchild," Marlyse shared, "It's hard."

She went on remembering Logan's talent, "With his talent and gorgeous looks, Logan had the potential to be a huge star." The cause of death has not been revealed yet.

Following the news of Logan's passing, Grant Gustin has paid tribute to his late co-star. The Barry Allen depicter shared a throwback photo of him and the young star on the set of "The Flash" and wrote in the caption, "Just hearing the devastating news that Logan Williams has passed away suddenly. This picture was early in the filming of The Flash pilot episode back in 2014. I was so impressed by not only Logan's talent but his professionalism on set."

Another "The Flash" actor, John Wesley Shipp, took to Twitter to pay tribute to Logan. "Heartsick to learn of Logan Williams' death at 16," he wrote. "He was 100% committed to playing young Barry Allen, and we missed him once we moved past that part of the story. Love and compassion to Logan's family and friends in your grief." 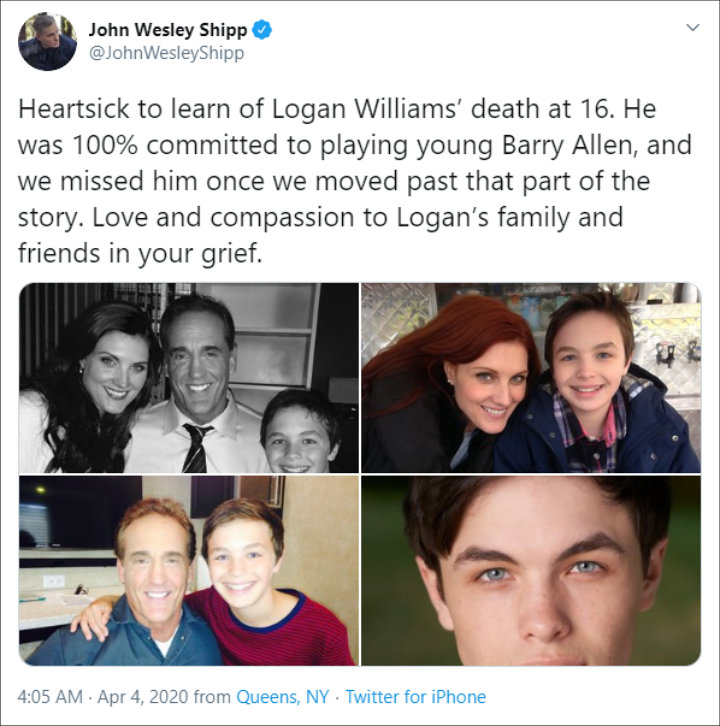 "When Calls the Heart" star Erin Krakow said that she's "Heartbroken to learn of the passing of Logan Williams who played Miles Montgomery in several seasons of @wcth_tv." She went on remembering him, "Logan was a beautiful, warm, silly, and talented young man. He could always make us laugh. He was just shy of 17 and had what I’m sure would have been a very bright future ahead of him." 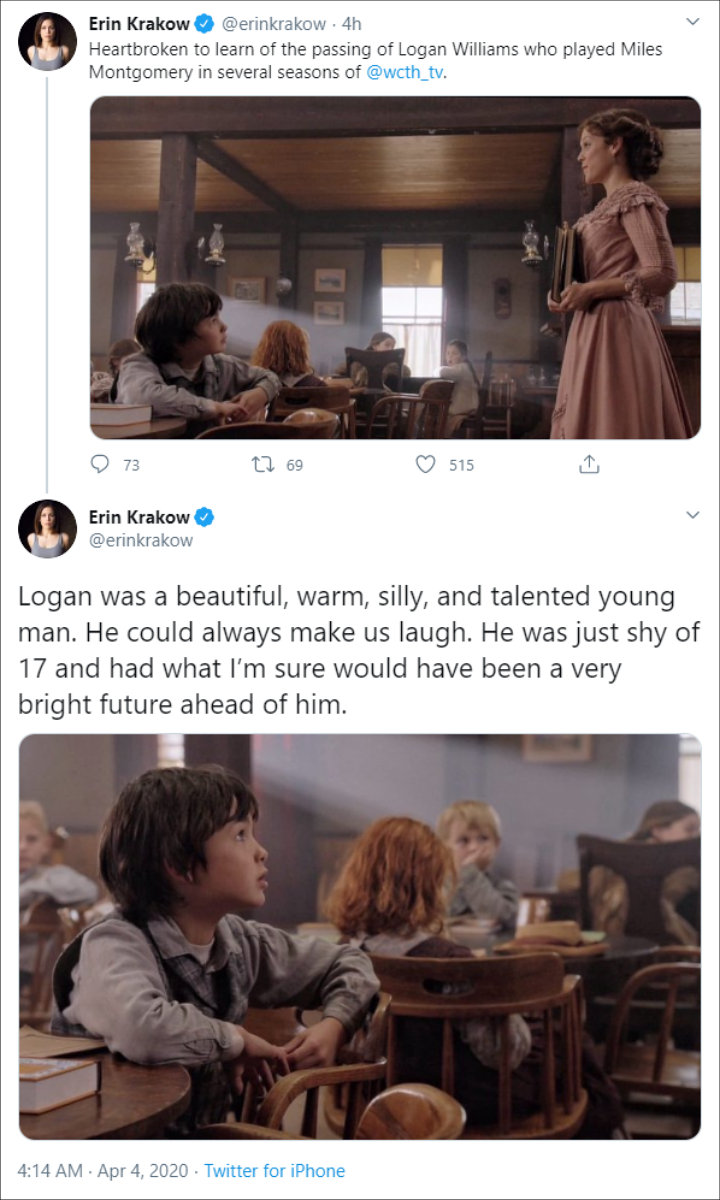 Actor Mitchell Kummen, who also starred on "When Calls the Heart", tweeted, "My friend Logan Williams passed away yesterday. I am beyond sad! Proud to play older brother Dude... You were such a talent. Sending love to your mom."