The 'Boy Erased' actor has joked about his new appearance after teasing a longer, bob-style cut in the cover art for his new single, 'Take Yourself Home'.

The singer, 24, debuted his new style on social media last week and posted more pictures over the weekend (March 28-29) after teasing the longer, bob-style cut in a series of black and white snaps.

However, after he shared a side-profile image, which is the cover art for Troye's new single, "Take Yourself Home", fans began drawing comparisons between him and actress Saoirse - prompting the star himself to joke about his appearance.

Posting a side-profile of the Irish actress sporting a similar, shoulder-length haircut from the movie "Lady Bird" on his Instagram Story timeline, Troye penned in the caption, "Me."

In a separate post, he wrote, "New plan I'm just gonna claim that the whole project was creative directed by Greta Gerwig," referring to the director of Saoirse's 2019 movie, "Little Women (2019)".

"Hello my ronanisers, it's me..pop QUEEN Saoirse Ronan.." the "My My My!" star joked in a later post, before writing, "Where my ronanisers at?!" 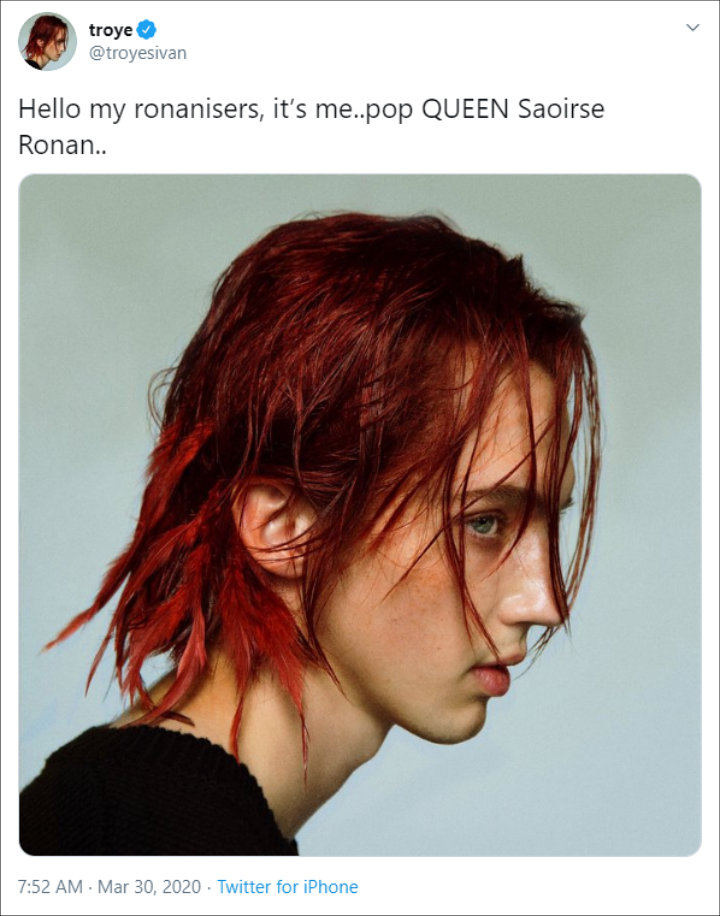 "Take Yourself Home", from Troye's upcoming third studio album, is released on Wednesday.