The retired basketball player says his ex Anansa Sims blocked him from seeing their son Ashton following their separation after two years of relationship.

AceShowbiz - Matt Barnes opened up on his family drama following separation from baby mama Anansa Sims. The retired basketball player claimed his former girlfriend blocked him from seeing their one-year-old son Ashton. He posted a picture with the kid along with a caption, "Missing my Lil man.. Hopefully I'll be allowed to see you soon."

His message came shortly after he was rumored to hook up with "Love & Hip Hop: New York" star Cyn Santana. They were allegedly holding hands and spending the whole night at a VIP section during a birthday party for Snoop Dogg's son Cordell.

Anansa was quick to respond. She denied his allegations, "My kids see their father." She additionaly told her followers that she did not feel safe around Matt, "I'm praying the restraining order protects me and keeps me safe."

She added a quote, "When a toxic person can no longer control you, they will try to control how others see you. The misinformation will feel unfair, but stay above it. Trusting that other people will eventually see the truth, just like you did."

She also showed that she's co-parenting just fine with her other baby daddy. On her Story, she posted clips of her sons David and Dean's football practice. She was joined by the boys' father, retired NFL player David Patterson. Their daughter Ava was with them and so was little Ashton, her son with Matt. 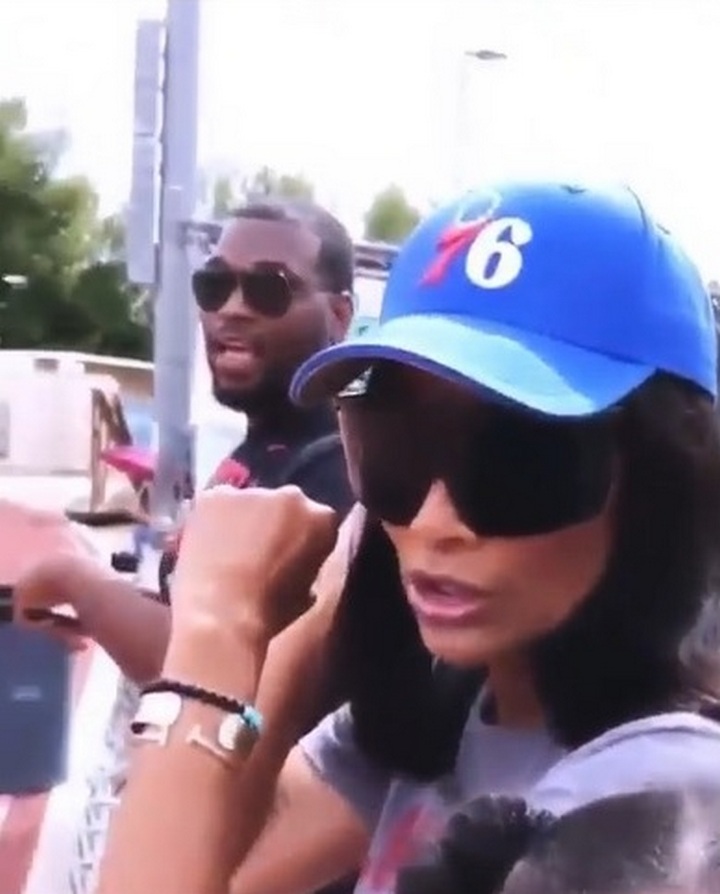 Anansa Sims and David Patterson at their sons' football practice

Anansa and David married in 2010 and divorced in 2017. She then moved on with Matt and gave birth to Ashton in December 2018. Her split from Matt came to light early this month when fans noticed she declared her status as a single lady on her Instagram bio.

Meanwhile, Matt was previously married to Gloria Govan. He accused her of cheating on him with fellow NBA player Derek Fisher, prompting the two men to butt heads. Meanwhile, Gloria once accused Matt of domestic violence which led to his 2010 arrest.

Their bitter breakup in 2014 led to a custody battle of their twin sons Isaiah and Carter. He was initially granted a sole custody of the boys but she fought him off in court. She was eventually awarded a joint custody in 2019.