This Is Blac Chyna's Response to Pregnancy Rumors

The makeup mogul and reality TV star previously sparked pregnancy after she posted on her Instagram account a sonogram picture before shortly deleting it.

AceShowbiz - Blac Chyna has broken her silence after sparking pregnancy rumors. Taking to Instagram Stories, the makeup mogul and reality TV star let it be known that the sonogram picture she put out on her account before was not hers.

She shared the same sonogram photo on the social media site and claimed that it belongs to YouTube personality Goar Avetisyan. In the caption of the image, the "Rob & Chyna" alum congratulated Goar for the unborn baby and added, "Blessed 2020." 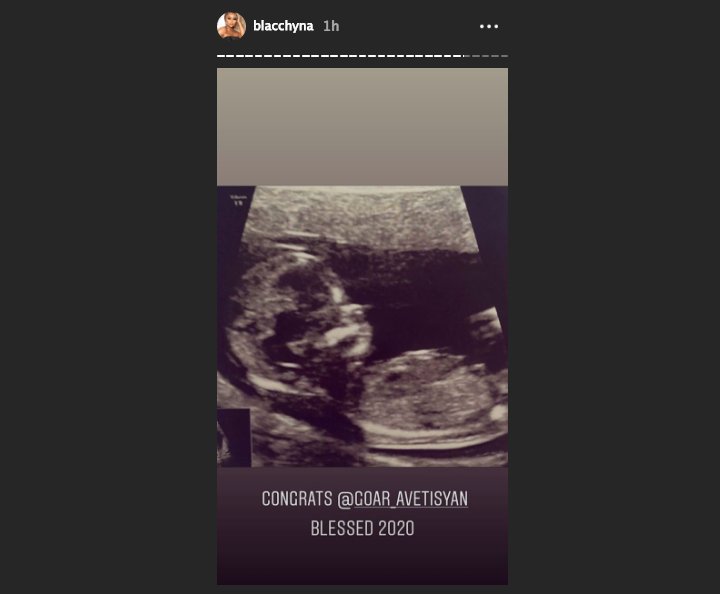 She didn't directly address the pregnancy speculation, but her post was enough proof that she's not currently expecting. Besides, her rep denied the rumors in a statement to HollywoodLife.com, "Blac Chyna is NOT pregnant."

Even though Chyna isn't having a bun in the right now, that doesn't mean she completely rules out the possibilities of having more babies, In fact, she once admitted in an interview that she hopes to expand her family one day. "I definitely want more kids," she told Life & Style Magazine. "I want to have two more, I want four total."

Chyna is already a mother to King Cairo, her son with Tyga, and Dream Kardashian, whom she shares with Rob Kardashian. Discussing motherhood with the publication, she gushed, "I think the best part of being a mom is just watching them grow up, developing, different things. Watching myself and both of my kids, which is funny to me, it's like certain things that they do, I'm like, 'I would have done that.' "

She went on saying that despite Dream and King having different personalities, they get along really well. "They're obsessed with each other," she explained. "Especially Dream, anything that King does, Dream wants to do it. If it's trucks, she wants trucks. If it's music, she wants to know the songs. She really looks up to King, and he's actually a really good brother."

Noah Centineo Recalls Experimenting With Drugs Before Getting Sober: 'I Was Really Upset'

'RHOA': Kandi Burruss 'Desperate' to Get a Spin-off Show