Russell Wilson Changes Hairstyle After Getting Dragged for Straightening It

A day after debuting his straightened hair that draws him comparison to Uncle Jesse of 'Full House', the NFL star pulls his hair back into a ponytail when stepping out for a dinner date with his wife Ciara.

The NFL appeared to be channeling his inner model, looking chic in an animal-print jacket teamed with a black halterneck and skinny pants. His pregnant wife Ciara, meanwhile, bared her leg in a black skin-tight dress with a high slit.

While some people loved his straightened hair, not a few called him out for looking nothing like his usual self. "Wtf are doing with that hair bro," a baffled follower commented on his photo from the event. A fan, who loves Russell's natural curly hair better, asked, "Bruh where the curls??"

"he looking like a mexican now," another said of Russell with the different hairstyle. "Why he look like a bollywood star tho," read another comment. Some people compared him to Russell Zoolander and Uncle Jesse of "Full House", while another told him, "You need a haircut brah."

Russell has apparently noticed his fans' disapproval of his straightened hair. Stepping out for a dinner date with Ciara on Sunday night, February 9 at Olivetta Restaurant in Los Angeles, he changed his hairstyle again. This time, he pulled it back into a ponytail.

The Seattle Seahawks quarterback looked sharp in a blue jacket on top of a black top and pants. Holding onto his arm, Ciara looked stylish in a black crop top, a long yellow coat and matching pants. 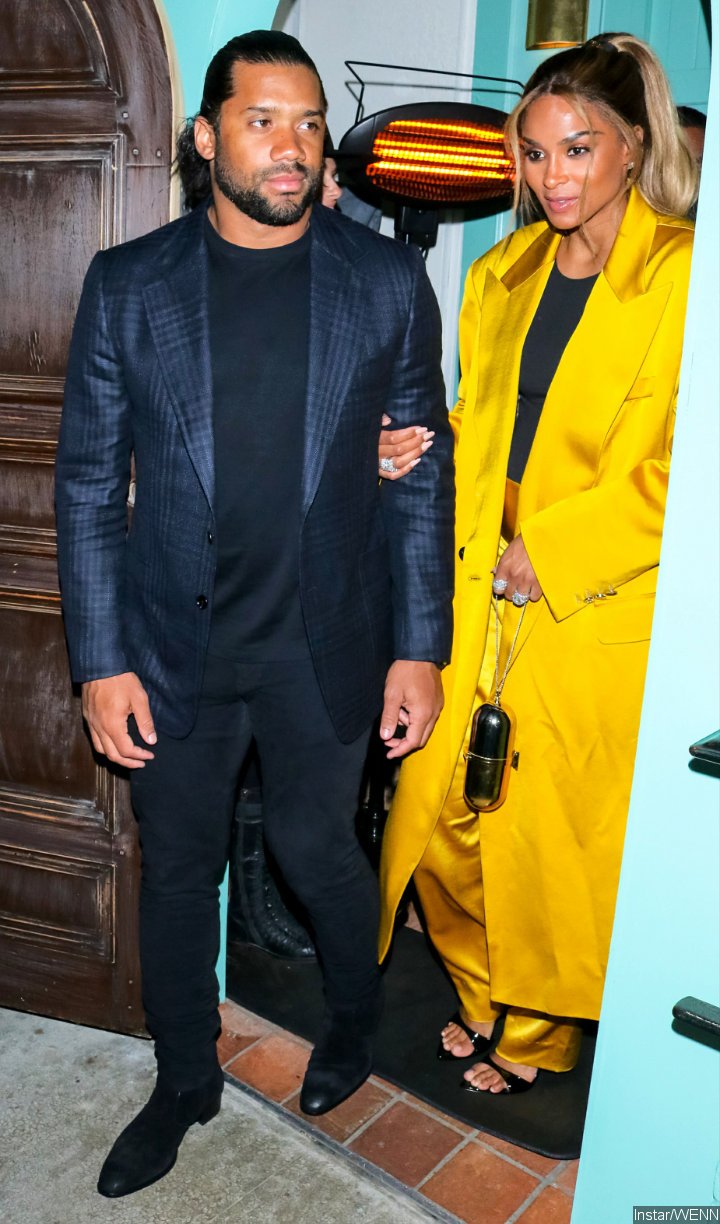 Russell Wilson and Ciara outside Olivetta Restaurant in Los Angeles

The couple is currently expecting their second child together. The pair, who got married in July 2016, welcomed their first child together, a daughter named Sienna Princess Wilson, in April 2017. Ciara is also a mother to 5-year-old son Future Zahir Wilburn from her relationship with ex-fiance Future.