Michael, the CEO of the San Francisco-based Parker group, is the same guy whom the 'Bad Romance' songstress was seen cozying up to on New Year's Eve in Las Vegas.

In pictures obtained by Page Six, the Oscar-winning actress and the Harvard graduate, who majored in applied mathematics and computer science, were seen packing on the PDA in Miami. The lovebirds were photographed kissing on the balcony of her rented mansion. 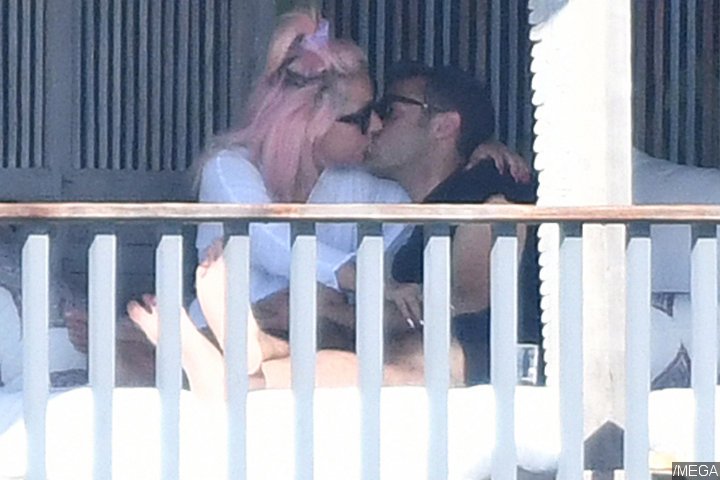 GaGa was in Miami, Florida for the AT&T TV Super Saturday Night show at Meridian at Island Gardens as part of pre-Super Bowl 2020 concert. The entrepreneur was also seen at the event, watching her from a VIP balcony with her mother Cynthia Germanotta. They later attended the Super Bowl LIV on Sunday, February 2 at Hard Rock Stadium in Miami Gardens, Florida.

The pair were first spotted together during a New Year's Eve celebration in Las Vegas. The two shared a long, passionate kiss when the clock struck midnight.

Sources say the two likely have known each other for a while through events Parker has hosted at his L.A. mansion including for his foundation, and connected again at the social network founder's birthday party last December.

One of the sources says, "Michael is a really smart guy, a very serious guy, who has always been low key. People are saying GaGa would have met him through events Sean Parker has hosted at his house, including the launch and other events for the foundation. Sean also had a party for his birthday in LA in December and both GaGa and Michael were there."

GaGa was previously engaged to talent manager Christian Carino, whom she dated since February 2017. Following their breakup in early 2019, the "Born This Way" hitmaker sparked romance rumors with sound engineer Dan Horton after they were spotted kissing in late July. It's unknown when the relationship ended, but they seemed to be still together in September, when she flaunted their candlelit dinner on Instagram.

Lady GaGa Ready to Settle Down After Dating Michael Polansky