The 'Empire' actress is one of the favorite candidates to portray the late 'I Have Nothing' singer in an upcoming true-story movie in the works with Clive Davis.

AceShowbiz - Taraji P. Henson could be set to channel late diva Whitney Houston on the big screen, if the singer's sister-in-law Pat gets her way.

Pat is working closely with record executive Clive Davis, who played a key role in the "I Have Nothing" star's rise to success, on the upcoming project, and told TMZ her hopes for the planned movie.

While the film is in its early stages, she teased the pair are considering several "options" to play the leading role, before adding, "I love Taraji P. Henson."

She added, "Taraji is my girl."

Pat was also full of praise for Clive, who she described as a "wonderful person."

"Let me just say this... We have a wonderful relationship," she said, adding, "Anything that we can do for him... it's done. "

Whitney passed away at the age of 48 after she was found unconscious in a bathtub on 11 February, 2012. The Los Angeles County Coroner's Office listed her death as an "accident" caused by drowning and the "effects of atherosclerotic heart disease and cocaine use," while toxicology results discovered substances including Benadryl and Xanax in her system.

R. Kelly Has Hernia Surgery While in Jail 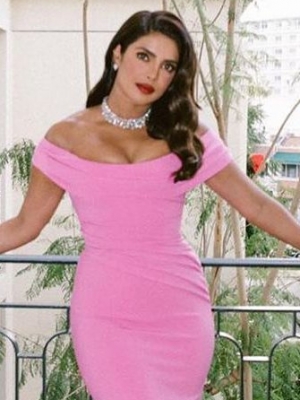