Retired WWF fighter Rocky Johnson passed away on January 15, prompting a number of peers to flood social media with their memory of the Hall of Famer and their words of condolences.

The former fighter passed away on Wednesday, January 15, aged 75, according to World Wrestling Entertainment (WWE) officials.

Born Wayde Douglas Bowles, Rocky made his ring debut in his native Canada in 1964, and soon competed at the top level in America's National Wrestling Alliance in the 1970s.

He then entered the World Wrestling Federation (WWF), now known as the WWE, where he partnered with Tony Atlas to form The Soul Patrol and made history as the first black pair to win the Tag Team Championship in 1983.

He retired from wrestling in 1991, but went on to help train his son Dwayne to chase his ring dreams as The Rock.

Rocky, who had been living in Florida, was inducted into the WWE Hall of Fame by his superstar son in 2008, and published his autobiography, "Soulman: The Rocky Johnson Story", last year (2019).

A movie about his life was also in the works after he granted the rights to filmmakers Jonathan and Justin Gajewski in 2018.

The "Jumanji: The Next Level" star has yet to comment on his dad's death, but a number of Rocky's wrestling peers remembered the athlete on social media. 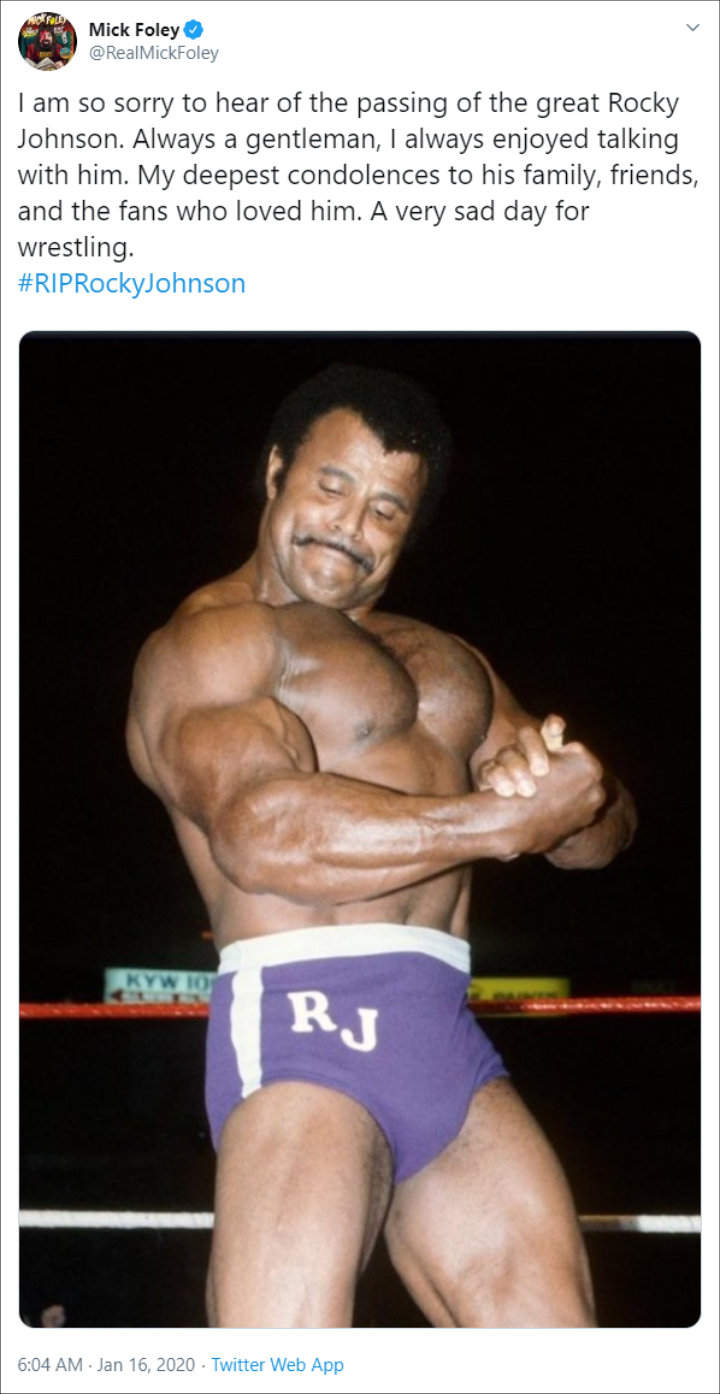 "I am so sorry to hear of the passing of the great Rocky Johnson," tweeted Mick Foley. "Always a gentleman, I always enjoyed talking with him. My deepest condolences to his family, friends, and the fans who loved him. A very sad day for wrestling. #RIPRockyJohnson."

"One of the men I looked up to and one of the best to ever do it. God rest his soul. #RIPRockyJohnson," wrote Booker T., while The Iron Sheik posted, "GOODBYE BROTHER ROCKY JOHNSON. I LOVE YOU FOREVER YOU ARE MY FAMILY (sic). GOD BLESS YOU."

Wendy Williams on Lori Harvey Dating Future: I'd Break Her Neck If She Were My Daughter