Thanking fans for the birthday wishes, the Paramore singer announces on social media that she will share 'a really special project' that she is 'going to call her own.'

The 31-year-old Paramore singer, who just celebrated her 31st birthday, has taken to Twitter to let fans know new tunes are in the works - with a release planned for 2020.

"Thanks so much for all the birthday wishes. 30 was a very important year. 31 will be too," she wrote. "I'm putting out some music next year. With the help of some of my closest friends, I made something I'm going to call my own."

She added: "It's a really special project and you'll get a taste of it in January. Happy New Year, friends." 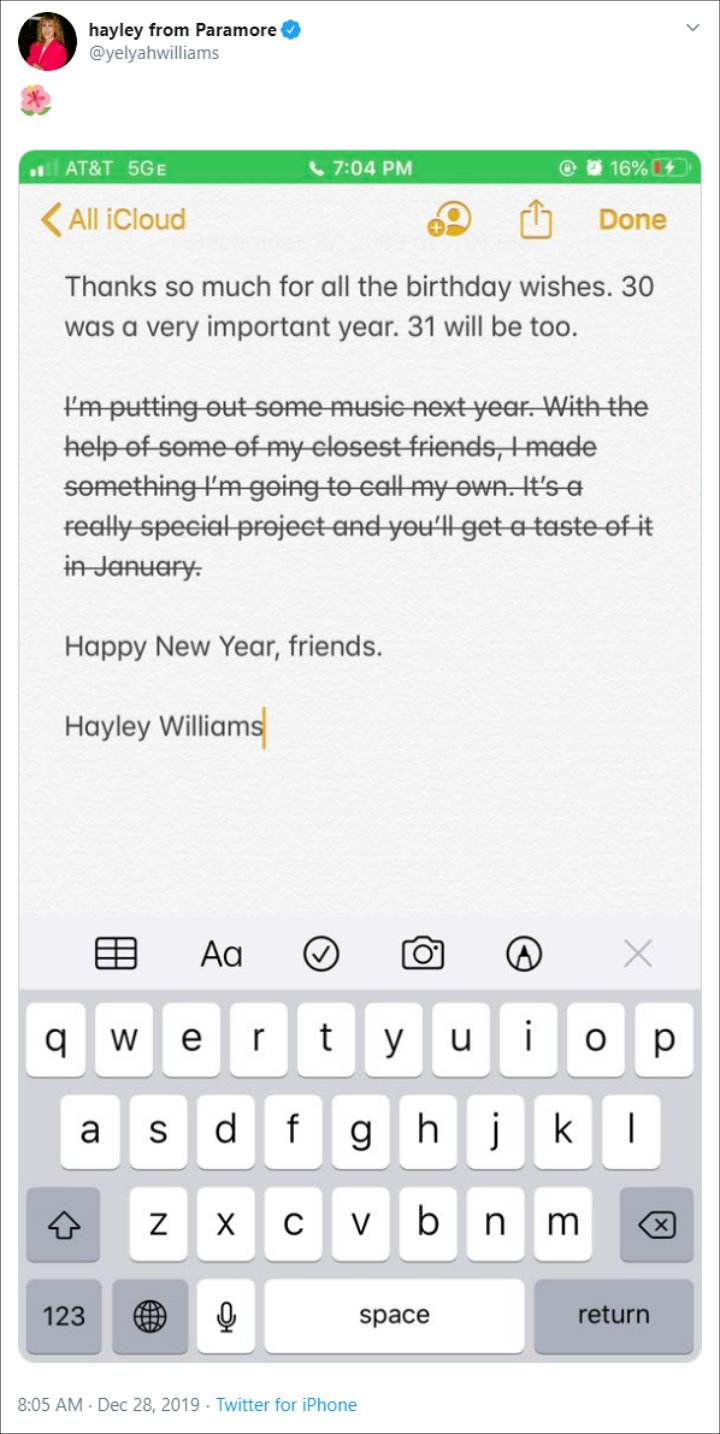 While the star has released five hit albums with the "Ain't It Fun" group, the new project will be her first full solo record away from the band. Despite never releasing a full-length solo collection, however, Hayley did enjoy success with guest spots on B.o.B's "Airplanes" and Zedd's "Stay the Night".