'The Real Housewives of New Jersey' star and the contractor, whom she dated when they were teenagers, were all smiles and sharing a hug while having breakfast together over the weekend.

AceShowbiz - Teresa Giudice has quickly moved on with a new man after her estranged husband Joe Giudice confirmed their split. The reality TV star was pictured getting cozy with former flame Anthony Delorenzo a.k.a. "Tony the Pool Guy" over the weekend.

The two seemingly shared jokes as they were all smiles while walking together to a restaurant in New Jersey for breakfast on Saturday, December 21. Bundling up in a black puffer jacket with matching skinny jeans and lace-up boots, she was snuggling up to the 47-year-old hunk, who donned a black sweatpants, a sweatshirt and sneakers.

Both of them wore sunglasses and Tony wrapped his hand around Teresa's shoulder while he held a phone in his other hand during the stroll. At one point, they were photographed sharing a sweet hug. 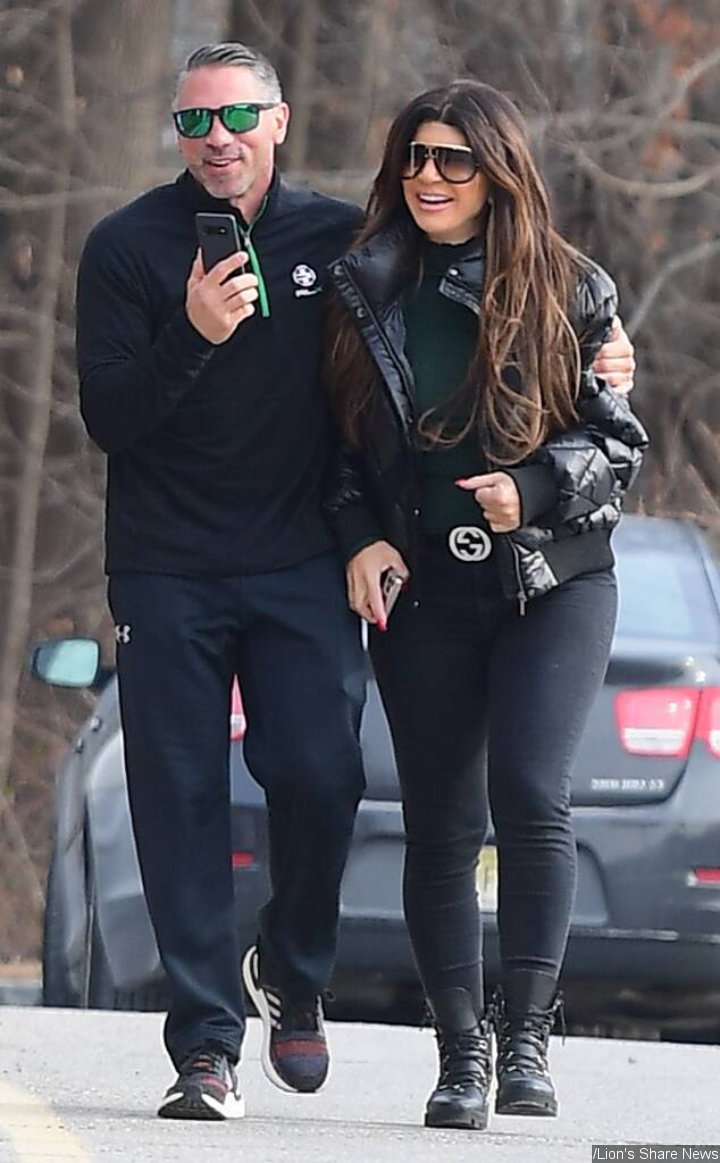 Teresa Giudice gets cozy with her former flame Anthony Delorenzo during breakfast outing in New Jersey.

Dishing on the nature of Teresa and Tony's relationship, a source tells E! News, "Teresa and Tony have been spending more time together recently. It's been really nice for Teresa to have someone around, especially during the holidays. After so much uncertainty about her future, Teresa is enjoying how easy and comfortable it is being with Tony."

"Teresa and Tony have known each other for decades and even briefly dated when they were teenagers," the source adds. "The two of them have a lot of similar interests but enjoy that they each have busy, independent lives. Tony is a familiar face around Teresa's house, to her brother, father and daughters. Everyone seems to really like him."

Teresa and Tony's past romantic history was revealed in recent episodes of "The Real Housewives of New Jersey". The contractor helped install a pool in the backyard of Teresa's New Jersey mansion this past summer.

Teresa's outing with Tony came just days after Joe Giudice confirmed the end of their 20-year marriage as he has been staying in Italy while he's waiting for a final decision on his deportation appeal. He posted on December 17, "It's Time To Let Go," along with a link to an article about the split news.

Joe Giudice Confirms Split From Teresa After 20 Years of Marriage