The 'Bang Bang' singer reveals to her online devotees that she accidentally popped her blood vessel in one of her eyes while having an intense workout in the gym.

AceShowbiz - Jessie J is nursing a burst blood vessel in her eye after an intense work out on Friday, November 22.

The "Bang Bang" singer was so into pumping iron at a fitness centre in London, she literally made her eyes bleed. 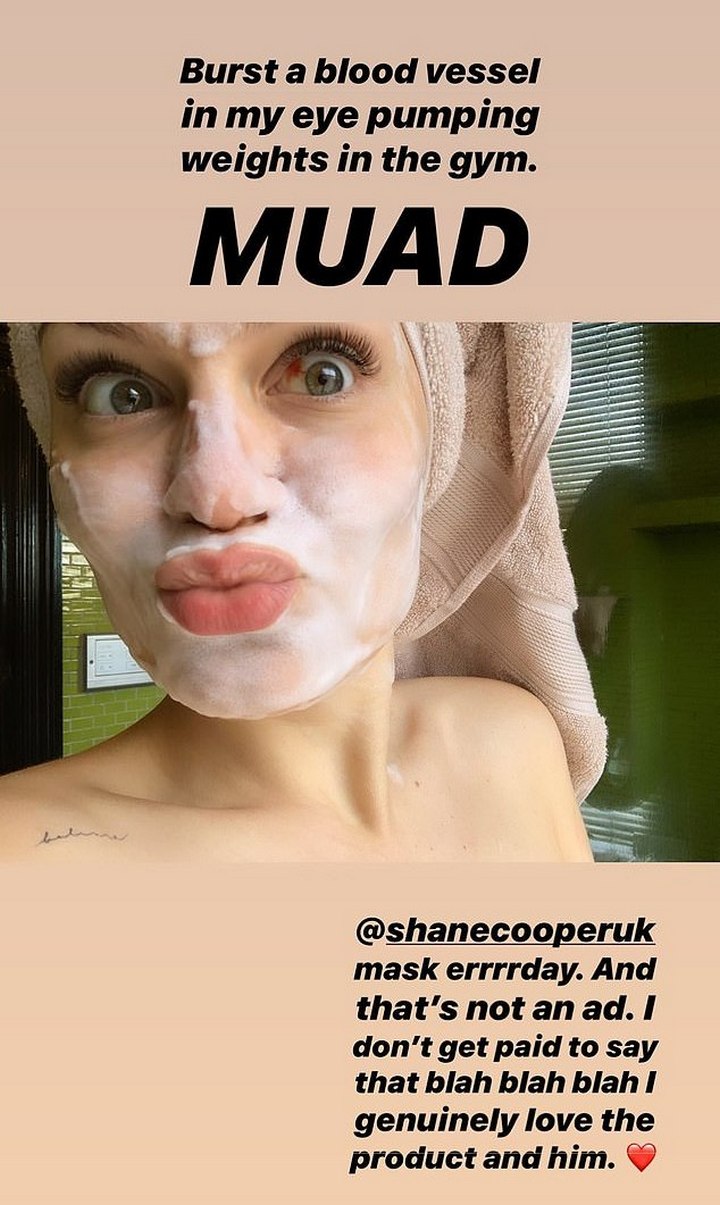 Jessie J has a bloody eye

"Burst a blood vessel in my eye pumping weights in the gym...," she wrote on her Instagram account in a caption attached to close-up image of her bloody eye.

Jessie wasn't injured too badly, though - the star made a stunning appearance later in the day after visiting BBC Studios, leaving the venue looking fresh and well.